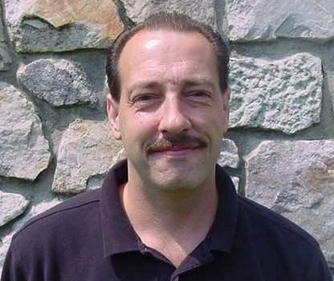 The Protection Bureau, Exton, Pa. announced that Bob Gable, central station operator, was given the distinction of receiving MicroKey's Unsung Hero Award for going above and beyond.

In January of 2012 one of the company’s emergency phones rang at 12:49am. While these calls usually involve someone stuck in an elevator or more commonly, someone pressing the button by accident, this call originated from a stairwell in a parking garage in West Chester, Pa. Gable didn't hear anything on the other side of the line.

He decided that based on the time of day and the fact that it was very odd to receive a call on this emergency line could be an issue. He heard a faint noise in the background and thought it prudent to contact the police department and have them check it out.
Gable could hear someone moaning in the background. So after dispatch. he held the line open until the police arrived. The police informed him that a man had actually fallen down the steps, knocked the emergency phone off the hook and sustained numerous injuries. He was rescued by an ambulance and taken to the hospital.

Gable was diligent during this call and went above and beyond what normal procedure would warrant. He may not have saved the man's life but if Gable wasn't there and wasn't alert in the situation, this man would not have received the help that he needed in a timely manner, and may have been stuck in the stairwell overnight, the company said.

Gable has been The Protection Bureau’s regular third shift operator since 2006 and has been in the industry since 2000.
Recently during Super Storm Sandy, Gable was one of the first to volunteer to help out with the thousands of signals that the company received, and performed exemplary under the pressure of that situation.