Powered by solar energy, the advanced series 4K solar-powered ColorVu system (model DS-2XS6A87G1-L/C32S80) can be fully deployed without the need for any electrical wiring or network cables. 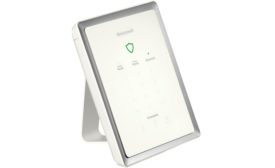 Honeywell’s new addition to its Lyric Security and Home Control platform seamlessly allows consumers to control their home security and automation systems on their personal devices. 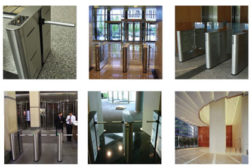 The Electric Guard Dog: The Dividends of Solar-Powered Security

The Electric Guard Dog, Columbia, S.C., is a pioneer in renewable energy for the security industry. The company's founder, Bill Mullis, developed and patented the flagship product that utilizes solar power more than 20 years ago.
Read More

No longer just a solution for remote accounts, cellular now is the preferred alarm communications method for many alarm dealers. Here’s what dealers need to know about their cellular choices — and what’s new with the technology.
Joan Engebretson

How people communicate with one another has undergone enormous changes in the last few years — and as a result, the home phone line that for decades was a cornerstone of customers’ alarm systems has begun to seem like an endangered species. According to the Federal Communications Commission, about two-thirds of U.S. homes now have a broadband connection such as DSL or a cable modem. And increasing numbers of Americans are also using that connection to support voice service using VOIP. Combine this with the near-ubiquity of cell phones and we now have a situation where many households have no traditional telephone.