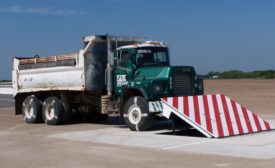 Delta Scientific, a leading manufacturer of counter-terrorist vehicle control systems, announced that, on June 3, 2019, when a man couldn’t produce credentials at Mayport Naval Station, he gunned his engine and attempted to enter. The security staff activated their vehicle access barrier, a Delta DSC501, to pop out of the ground. The vehicle crashed into it and was brought to a standstill. The violator was taken to the hospital and died two days later.

How to Create a Touch-Free Environment in Uncertain Times

In January 2021 issue, SDM is celebrating its 50th anniversary, "Despite Pandemic, Security Industry Seen as Financially Sound", and much more.