Administrators of the North East Independent School District (NEISD) in San Antonio designed a new, state-of-the-art cybersecurity training facility for students from all seven North East ISD high schools. The Institute of CyberSecurity and Innovation (iCSI) would train students to detect and identify hacks and cyber-attacks and respond to threats, providing hands-on learning and real-world exercises with the latest technology. The four-year program would offer professional certifications in information technology.

But while the school district had a clear vision for the space, there was no actual audio-visual design attached to the project, said Trenton Brackley, director of sales for Bluum, a security and AV integrator based in Phoenix, Ariz. “We stumbled into it,” he said, describing how Bluum (formerly Trox) became involved in the project in March 2021.

Bluum began by working with the project’s consultants to get an idea of the technology required, then reached out to product manufacturers LG and RGB Spectrum for the job. Both vendors had recently collaborated on a new installation in Washington, D.C., at the FBI’s Strategic Information and Operations Center (SIOC), so they were a perfect fit for the project. “The system is developed to mimic cyber threats so it was specifically meant to train these kids to help identify and eliminate cyber security threats,” Brackley said.

Over the course of five months, Bluum and the vendors collaborated on the project’s design.

iCSI has two cyber security classrooms designed with the look and feel of a security operations center — essentially a small-scale version of what the FBI uses, Brackley added. Each classroom has three video walls powered by RGB Spectrum’s Galileo video display processors. A single Galileo processor in each classroom drives the three video walls: two made up of 2x4 arrays of 55-inch LCDs, and one larger 2x6. All panels can be operated independently via RGB’s video wall.

Bluum installed RGB Spectrum’s CAT Linx 2 HDBaseT extenders to transmit the visuals from the Galileo processor to the video wall monitors. CAT-Linx 2 extenders transmit signals of up to 4K resolution over conventional CAT 5e/6 cable to a length of 330 feet. For installation ease and convenience, these extenders integrate PoH power to supply endpoints over the same CAT5e/6 cable that carries the video and data signals. This eliminates the need for external power connections. A CAT-Linx 2 pair needs only one power supply connected to either the transmitter or the receiver end to power both devices.

“The RGB Spectrum Galileo fulfills our training objectives very well,” said Josh Beck, iCSI instructor. “This display technology has become key to the instructional process. It is great to be able to have displays of sufficient resolution and size that all students can easily see all relevant information. When we work through step-by-step procedures, it is very easy for all students to see what the Instructor is doing and utilize it as a point of reference. It looks terrific and makes an awesome impression on guests and visitors. It is very flexible and allows Instructors to get creative with lessons and challenges.”

The project was not without its snags: Bluum ran into problems with a significant backorder on RGB’s video panels due to supply chain issues, Brackley said. And LG’s ultra-narrow bezel video wall displays could sometimes be challenging to install.

“Building a new facility is always a challenge,” Beck said. “The Trox/RGB system in particular is one that the instructor/presenter definitely has to spend some time training on. However, once you learn where all the configurations are it becomes very easy to come up with creative and innovative ways to utilize the classroom display technology.”

By August 2021, the new state-of-the-art center was ready for students, within a short walking distance of the high school itself. Currently, the program has 170 enrolled ninth-grade students, and will add students until iCSI has a full four-year pathway established, Beck says. He adds that the program has more than 340 applications pending for the 2022/2023 school year.

On the grand opening night event, seniors from the high school gave tours of the iCSI and explained how everything worked. “I was blown away at how sharp these kids were,” Brackley said. “They will come out of there with jobs that are really high paying.”

Beck added that the Bluum team was great to work with, “Very customer service oriented. I feel very comfortable that if I run into a problem I can’t solve, their technical support will respond on site in a timely manner. They do a great job.” 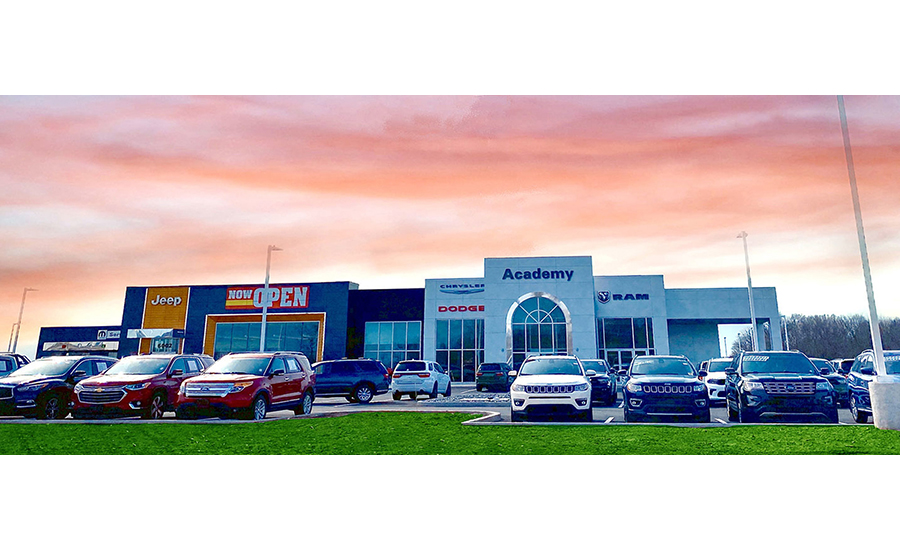 Chariot Automotive Group, a car dealer in north-central Indiana, has installed the 3XLOGIC VIGIL CLOUD security solution for all of its five locations.

After full system rollout, Chariot Automotive now has multiple IP megapixel cameras focused on the crucial entry points at each location, recording high-resolution motion video. Footage is stored and managed in the cloud and remote viewing is accessed through the customer web portal and the VIGIL CLOUD app. The VIGIL CLOUD solution does not require an on-site NVR, bridge, gateway, or any other hardware. This “plug and play” solution allows for fast installation and it will evolve as Chariot’s needs grow and change. 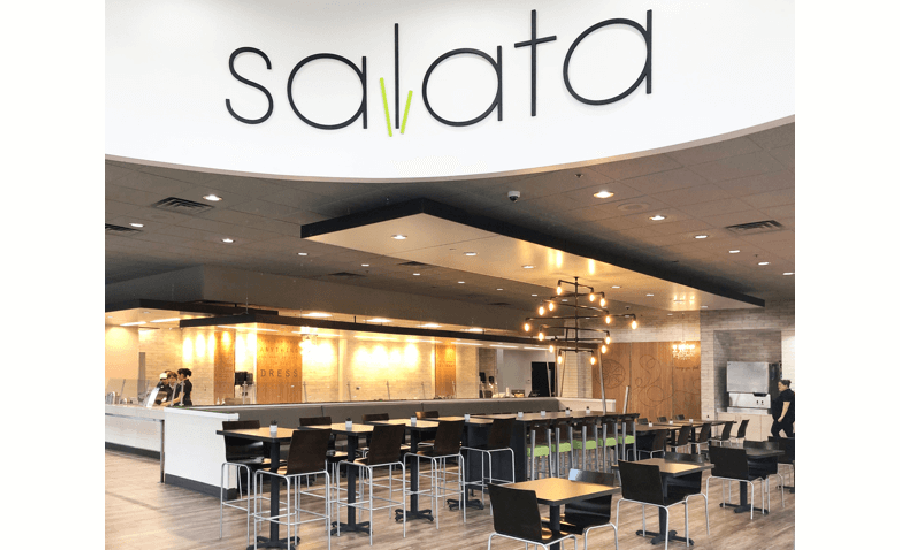 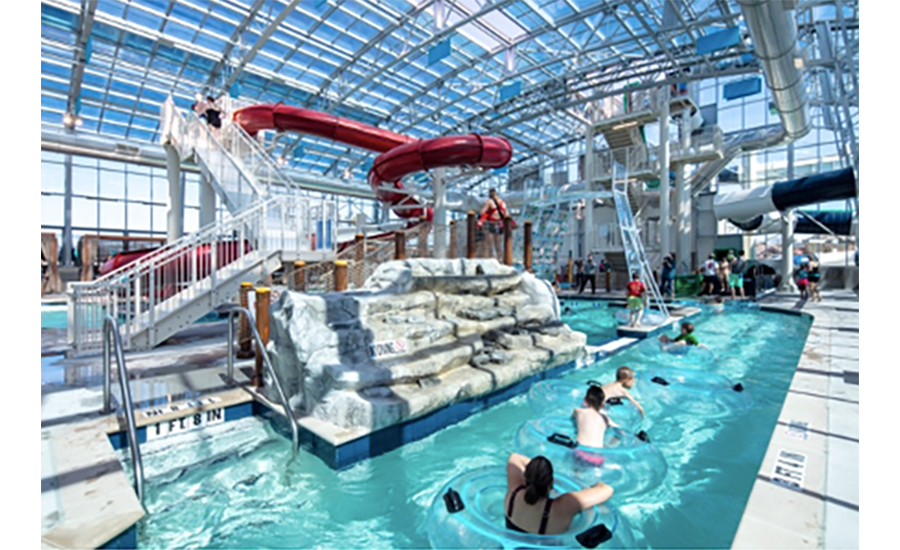 
Texas’ newest indoor waterpark, The Cove at The Lakefront in Little Elm, Texas, features aquatic attractions combined with a retractable roof and high-tech audio-visual solutions. The entire park’s audio and video is managed through a Control4 automation system, including a giant 30-foot-wide DVLED display, offering staff full control and flexibility to respond to guest requests while ensuring important messages are broadcast to the right areas.

The DVLED display was designed to stretch over the full width of the surfing pool. Using the Control4 app on iPads or mobile phones, park staff can use the display as a single large screen or split it to broadcast two separate video feeds. One of the most popular uses of the display is to highlight people having fun in the park via two interior-facing PTZ surveillance cameras that can focus on various areas, including the surf pool itself. 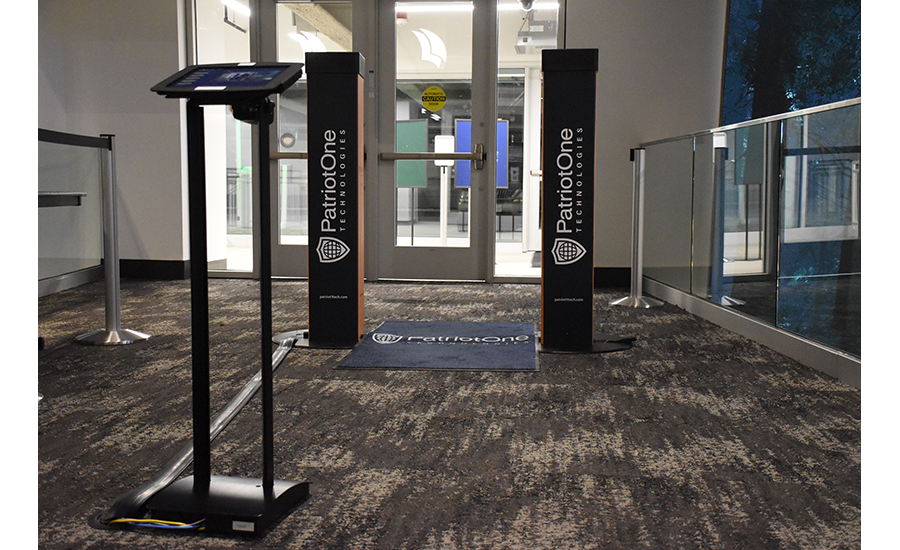 IMAGE COURTESY OF PATRIOT ONE

The United States Office of the Inspector General (OIG) has selected Patriot One’s Multi-Sensor Gateway patron screening solution for use at its headquarters building in Washington, D.C. to secure employee entrances. The system will play an important role in improving employee safety, while providing them with a more convenient experience by eliminating the need for people to empty their pockets or have their bags checked separately. 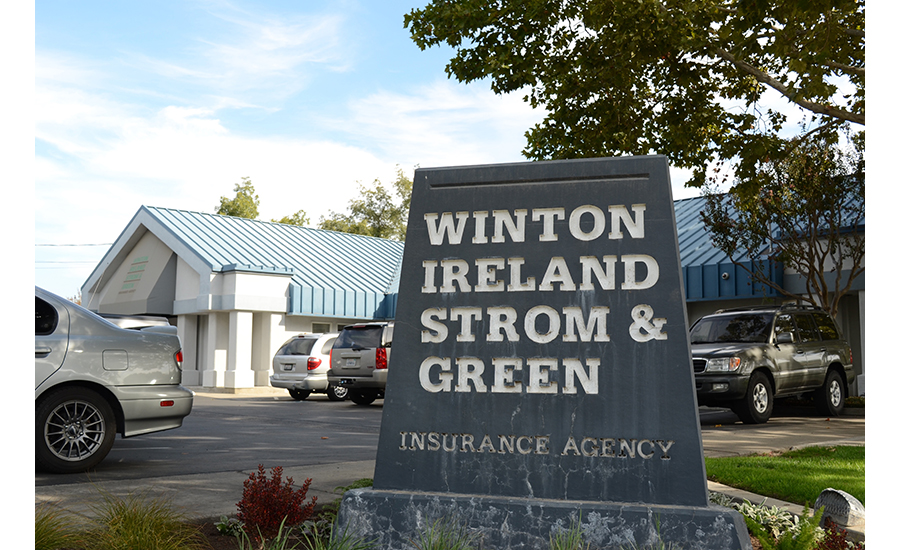 Arcules’ cloud-based surveillance platform eliminates the need to buy and maintain expensive physical hardware. And instead of ripping out and replacing all their cameras, WISG was able to leverage most of its existing investments while incorporating new cameras from Axis Communications. Furthermore, the Arcules app is simple and easy to use. From one, unified portal, WISG’s teams can view all video channels, giving them a complete picture of the surveillance at all their sites.