This website requires certain cookies to work and uses other cookies to help you have the best experience. By visiting this website, certain cookies have already been set, which you may delete and block. By closing this message or continuing to use our site, you agree to the use of cookies. Visit our updated privacy and cookie policy to learn more.
Home » How Security Video Proved Pivotal to Catching Highland Park Shooter
SDM NewswireTrends & Industry IssuesInsider News & Business

Marat Sedenkov wasn’t at the Fourth of July parade in Highland Park, Ill., but when word of the shooting rampage reached him that morning, a thought immediately came to mind: Did any of the security cameras that his company has installed in the downtown neighborhood capture evidentiary video?

Sedenkov, founder and CEO of LaMarco Systems, a life safety and integrated security solutions provider, would receive confirmation later in the day. His phone rang. On the other end was Hal Emalfarb, part owner of Studio ONE, a hospitality venue for live music and social events, and a LaMarco Systems customer.

Emalfarb was eager to relay information he had just received from Studio ONE’s managing partner, Carey Weiman. Upon hearing about the shooting while driving home from Wisconsin, Weiman pulled up video from the venue’s surveillance cameras on a mobile app. He was astonished. Whom he believed to be the shooter — seen running in the video feed — appeared to be a female.

Emalfarb expressed to Sedenkov, “Marat, the security camera you installed at the back of the building was responsible for catching the killer,’” Sedenkov told SDM.

“We do a lot of business in Highland Park,” Sedenkov continued. “We did think there was a chance one of our camera systems may have captured something from the shooting.”

According to police, prior to the start of the parade at 10 a.m., the alleged shooter, Robert E. Crimo III, climbed a fire escape ladder to a perch atop a building near Studio ONE. As marching band members and community leaders began to amble down the street, high-powered rifle bullets sprayed into the crowd below, killing seven people and wounding dozens.

What the Security Video Reveals

Emalfarb’s wife was in the parade. As he waited expectedly on a sidewalk for her to pass by, he heard the shots ring out. She escaped injury. Emalfarb would soon learn of the shooter’s close proximity to Studio ONE. His phone rang. It was Weiman delivering news of what he had just retrieved remotely from the facility’s NVR.

Lamarco Systems of Northbrook, Ill, installed the video surveillance system at a Highland Park business that recorded images of the suspected gunman fleeing moments after the shooting. IMAGE COURTESY OF MARAT SEDENKOV

Among the 12-camera solution is an outdoor 2MP dome camera that views a portion of the alleyway, located between Studio ONE and where 21-year-old Crimo allegedly rapid-fired more than 80 times from his sniper’s nest.

Emalfarb described to local news media the video shows the suspect believed to be Crimo entered the alleyway at 10:07 a.m. Police said the shooting took place at 10:14 a.m. The suspect — dressed in women's clothing ostensibly to conceal his identity — can be plainly seen in the video footage back in the alleyway at 10:14:57 a.m.

According to police, the suspect ran with a black bag over his shoulder after the shooting. While he was running, an object wrapped in cloth fell to the ground. The suspect left the object and continued to flee. It turned out to be a Smith & Wesson M&P15 semiautomatic rifle, similar to an AR-15, which police said was purchased by Crimo in 2020.

“The video shows with 100 percent confirmation that the person is disguised as a woman, and he is dropping a weapon and running away,” said Sedenkov, who has reviewed the video.

Emalfarb reported the surveillance video to the FBI, which took possession of the NVR for further examination. Based on images from the system, police quickly began their investigation. Crimo was familiar to law enforcement because of previous infractions and run-ins. The rifle left in the alleyway may have proven who purchased the weapon, but the surveillance video allegedly ties Crimo to the scene of the crime.

“That was the only image of the person they had,” Sedenkov said. “They had no idea who the shooter was. They had nothing. He blended in with the crowd and ran away.” 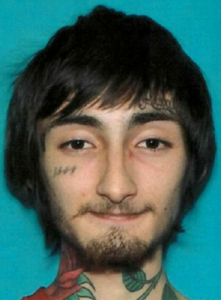 Robert Crimo in an undated handout photo provided by the City of Highland Park Police Department.

The attack in the affluent lakefront suburb north of Chicago set law enforcement on an expansive manhunt that forced residents to shelter in place for much of the day. But having identified Crimo in the video, police went to his mother’s house, who lived nearby, and learned he had taken her vehicle. In less than two hours, Crimo was publicly identified as a "person of interest."

Police said he drove to Madison, Wis., where he "seriously contemplated" carrying out another attack with a firearm he had in the car. Eventually, a member of the community saw him and called 911, which led to police conducting a traffic stop where he was taken into custody hours after the shooting.

In Service to Life Safety

Jeff Golding, who recently joined LaMarco Systems as COO, expressed to SDM that despite the tragic loss of life, the surveillance video still may have thwarted further mayhem.

“We're very proud that we were involved in the positive side of this. We regret the fact that we weren't able to prevent this from happening,” said Golding, a Highland Park resident, “but at least we may have prevented further damage. Had he not been caught on this particular camera he might very well still be out there right now.”

Both Golding and Sedenkov express the solution installed at Studio ONE is an example of the importance of designing the right system for each customer’s unique security requirements and goals. Security providers have a duty to work closely with the client to successfully achieve facets of the installation that might otherwise seem straightforward, such as proper security camera type and placement.

“I do not think we did something extraordinary,” Sedenkov said. “But I am happy the camera was good enough quality to record this event. That's No. 1. No. 2, the camera was properly placed where we recommended it to be installed.”

As for the FBI taking possession of Studio ONE’s NVR, Sedenkov said his supplier partner Avigilon is donating a replacement unit and he is going to install it at no cost for his client, including licenses.

New Orleans Approves Facial Recognition After Banning the Software in 2020