Brother and sister Dean Reece, owner of REECE Complete Security Solutions, and Dee Ann Harn, owner of RFI Communication and Security Systems (RFI), are leaders of two of the fastest-growing security systems integration companies in the industry. Both are headquartered on the West Coast, and both are founded on their family values of integrity, honesty and hard work. Each has forged their own path, different from one another as well as the path laid out by their father Larry Reece, the original founder of RFI. But both Dee Ann and Dean say the internal compass instilled in them by their parents provided the confidence and courage to the take the risks required for growth and provided the grit and resiliency to push through tough times personally and professionally.

RFI was founded in 1979 by Larry and Robi Reece as the primary vehicle to put their two children, Dean and Dee Ann, through college. During a family road trip, the young Reece siblings helped their parents brainstorm company names and creative ways to build the business. As the eldest sibling, Dean worked for his father during high school, pulling wires and helping to install alarm systems. Dee Ann helped during her summer breaks, filing and answering phones and helping Dean on installations. 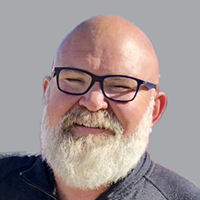 After getting his undergraduate degree in marketing, Dean joined the family business and over the next decade married his wife Gina, helped grow the company business and started a family. Meanwhile, Dee Ann graduated college with a degree in fashion merchandising and worked in retail fashion. Both successful drivers in their fields, the Reece siblings excelled and developed their own individual styles of leadership skills and experiences. 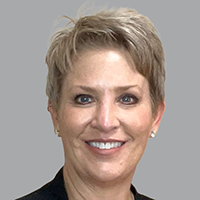 While Dee Ann was flourishing in the retail merchandising world, her leadership role was competing with her need to balance her marriage and starting a family. Ultimately she decided to return to RFI. As an owner and board member, Dee Ann had stayed involved in the organization. This enabled a smooth transition when she joined the team as executive administrator to Brad Wilson, president. Working at all levels of the organization, she quickly grew in responsibilities while at the same time her family was expanding.

In 1997, Dean and Dee Ann’s father was still running the organization when his solo plane went down in a serious crash. Staying at Dee Ann’s house for months recovering, Larry enlisted the help of Dean and Brad to manage RFI and take on a necessary restructure. Larry and Dee Ann managed the company via video calls from his hospital room, and Dean took on the most demanding personnel challenges a manager can face: shutting down four branches. This was done to remove RFI from less established areas, enabling the organization to relocate employees to more successful regions. “We pulled together and went from a periodically profitable business to a profitable one year after year,” Dean said.

After his recovery, Larry looked toward the next phase of the business, structuring a succession plan with the natural next step of having Dean running the family business since Dee Ann had by then stepped away from the business to focus on her family. In the meantime, Dean and wife Gina relocated their family to Oregon, and with business booming they found themselves sacrificing time with their kids and each other. “We were able to track when our planes passed in the sky,” Dean said. The demands upon them required life-changing decisions, and the day came for Dean and Gina to separate from RFI. They offered to buy the Oregon office of the company from Larry, leaving the original family succession plan unfulfilled.

The couple renamed the former RFI office REECE Complete Security Solutions. “We were ready to set the world on fire!” Dean recalled. But transitioning to REECE Complete Security Solutions and garnering business in Oregon and the surrounding area proved more challenging than anticipated. Formerly, as an extension of RFI, the Oregon location was a cornerstone of success with both dedicated employees and loyal customers. But Dean and Gina hadn’t anticipated that employees would leave seeking a larger employer; and RFI customers evaluated other options as well. The brand name recognition of RFI was gone, and Dean’s plan to open the Northwest diminished as the terms of the branch separation limited Dean to doing business only in the state of Oregon. “We did not expect to lose over $5 million in backlog business and employees our first year,” Dean said. By 2008, Dean was faced with rebuilding.

Meanwhile, RFI continued its success even after Larry retired. Wilson managed the organization and the company flourished. While once considered a family business, not one family member worked for the company. However, in 2011, Dee Ann purchased the company from her father and stepped into the CEO position at RFI. Seasoned in the competitive industries of retail, business and margins, Dee Ann transitioned into her executive role.

Dee Ann’s background gave her the strategic thinking and an executive mind for running a growing organization of 250 employees, and she found many mentors in the security industry. Dee Ann prioritized employees and emphasized mutual respect and trust. “RFI was no longer a family business; we were a community where everyone had to earn it, and no one was given anything,” Dee Ann said. “I likened our roles to the raising of a barn. When the community comes together, everyone picks up a rope to pull and the barn is built.” With the vision to ensure RFI stayed relevant and positioned to scale more than 30 years after its inception, Dee Ann made some tough decisions. “We made changes to exit the central station and residential businesses in order to strategically grow in commercial areas,” Dee Ann said. She also recognized the need to integrate the business, financial and operational systems, so she directed the organization to adopt an Enterprise Resource Planning (ERP) system. Unfortunately, business processes didn’t align with the ERP process system and the implementation placed a significant drain the organization’s resources. Thinking back to those years, Dee Ann said, “I may have been CEO by title and responsibility at the time, but that experience made me into a true CEO. Learning from others and being humble to recognize I didn’t know everything was an important lesson.” In the last 10 years, RFI has embraced change and because of that continues to be one of the leading systems integrators in the industry.

On the REECE side, Dean grew his business slowly over time, describing himself as a “sober and a rather tender manager who used to know everything and found he knew nothing.” He and his wife worked hard to rebuild with the core values “to always put family first and do the right thing.” Ironically, Dean credits his father’s strategic business move of limiting Dean to Oregon, which he initially found frustrating, to a big part of his success. He said, “I had no choice but to focus on the region and in hindsight that was a factor in our success.” Now ranked one of “Oregon's Fastest Growing Companies” by the Portland Business Journal, Dean and Gina have expanded and opened offices throughout Oregon.

Between Dean and Dee Ann’s companies, the Reece family provides security integration services covering all of the West Coast. Though the road has had many twists and turns, those original family values of integrity and hard work have led them through it all. Through the years the family’s relationship faced challenges, but they weathered them and remain family first today. “You see other families in business together get ripped apart,” Dean shared. Dee Ann added, “Our story is epic, and we are even stronger than before!”

Kristie Kidder is Director of Marketing and Communications for PSA Network