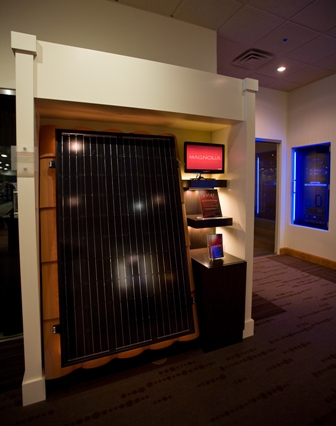 Of course, home systems can include energy management and controls from lighting and HVAC to energy use measurement by individual appliances. And, on the horizon, is the smart grid, which will place more tools in the hands of the homeowner. But there are existing and emerging prospects that may not come to mind or may be something electronic system contractors may think are someone else’s business such as solar panels, fuel cells, wind turbines and backup generators.


Well, think again. There is dollar power in these alternative sources of home electricity.


And there is a real need right now. According to the Electricity Advisory Committee of the U.S. Department of Energy, the current U.S. electric power delivery system infrastructure will be unable to ensure a reliable, cost-effective, secure and environmentally sustainable supply of electricity into the future. As severe weather continues to strike and black- and brownouts become more common, homeowners will need to consider alternative solutions. In homes, the proliferation of personal computers, iPods, cellphones, game consoles, home entertainment systems and big screen TVs, not to mention water heaters and other appliances spotlights the fastest-growing source of power demand in the world. Americans boast 25 consumer electronic products in every household, compared with just three in 1980.

So there is a growing need for more reliable power alternatives and, in the long run, less expensive sources. Some are already in the home systems play book, but others call for a subcontractor or manufacturer, all eager to work in collaboration. In addition, and not to be sneezed at, federal, state, and city agencies may offer financial incentives such as tax credits, deductions, and exemptions to soften the initial blow of often higher price tags as compared to routine and already-installed sources of energy.

Solar panels are on display, for sale with installation through CEDIA-member companies such as Magnolia Design Centers, a part of Best Buy.

Comprehensive, code-compliant solar panel-based systems interconnect with an existing utility service. Systems consist of solar modules, plug-and-play wiring, power electronics and mounting kits. Solar cells in the modules mounted on a homeowner’s roof (see photo at beginning of article) convert sunlight directly into DC power. A component called an inverter converts this DC power into AC power that can be used in the home. During the day, if the solar system produces more electricity than the home is using, the electric utility may allow net metering or the crediting of the homeowner’s utility account for the excess power returned to the grid. Systems are also available with battery backup. Part of the power produced by the solar system during the day is used to charge the batteries, which provide power for critical loads in the event of a power outage.

Some solar panels can work directly with major home HVAC systems. For instance, Dallas-based Lennox SunSource not only harnesses solar energy from the sun to reduce the electricity consumed by a residential heat pump or air conditioner, but also are able to use that solar power to operate other devices in the home that consume electricity, such as lighting and appliances, when the heating and cooling system is not running.

STE is different from photovoltaics or the typical array of solar panels, which convert solar energy directly into electricity. One source of residential solar thermal energy technology is Schueco of Union City, Calif. Another is WePOWER of Aliso Viejo, Calif., which has solar gear to heat residential water.

Solar thermal energy makes rapid bottom line sense for most households. Hot water heating is the largest energy hog, typically 25-45 percent of household energy use. That typically costs $25 to $120 per month and annually replaces 612 gallons of gasoline or 12.7 barrels of oil.

If you have seen a sprawling wind farm, be advised there are home versions. From WePOWER, its vertical axis wind turbines (VAWT) capture wind energy in urban environments.  They have no gears, few moving parts, are virtually silent and maintenance free, are not shut down by ice build-up, and most importantly have a much lower height requirement than traditional blade-style horizontal turbines.  VAWTs do not create a shadow or flicker effect, and they are safe for birds and bats.  The use of VAWTs to produce distributed energy also reduces both the need for long-scale electricity transmission and fossil fuel-fired emissions that contribute to climate change and global warming.

Coming out of left field, there is the Bloom box, officially called the Bloom Energy Server. Its introduction earlier this year carried as much mystery as the Segway some years ago. Whether it will end up like the Segway as having more sizzle than steak, it’s a solid oxide fuel cell made by Bloom Energy, Sunnyvale, Calif., that uses liquid or gaseous hydrocarbons (such as gasoline, diesel or propane produced from fossil or bio sources) to generate electricity on the site where it’s used. Represented as at least as efficient as a traditional large-scale coal power station, a single cell (one 100mm×100mm metal alloy plate between two ceramic layers) generates 25 watts. Stacks of cells increase output.

There are home standby generators, some marketed by their manufacturers such as Generac Power Systems of Waukesha, Wis., through home security and electronic system contractors. Generac, for one, has a dealer program to ensure proper installation. In figuring proper size of a home generator, the machine's wattage has to be slightly larger than all simultaneous loads, but can prove tricky. In addition, typical life safety gear comes into play with home generators because of the risk from carbon monoxide seeping from the outside in.

A standby system has two major components: a generator set to produce the power needed to run essential home, security or business systems and an automatic transfer switch that immediately senses when utility power has been interrupted, transferring responsibility to the generator.

Alternative energy sources also are elements in specialized alarm systems. One example is the PoolSonix solar-powered wireless pool alarm, an add-on technology that extends safety and security in residential applications. Powered by solar energy, PoolSonix is an environmentally friendly wireless immersion detection system that is easy to install and operate. Dealers also can market and sell surge suppression products, like those from Ditek, to protect existing equipment from voltage spikes, according to Shawn Benevides, senior product marketing manager for intrusion products at ADI, which offers both products.

And there are energy-saving devices within the home lighting category.

Light emitting diodes (LED) are a reasonably new source for illumination, both indoors and out, because of its energy-saving, design and performance benefits. White LEDs can be used in residential projects. One source, Lutron of Coopersburg, Penn., offers lighting control solutions for these applications, but warns that there is no common manufacturing standard for LEDs, so compatibility between the LED array (lamp module), the driver, and the control must be tested to ensure optimal performance.

The i Factor: Mix iPad and iPhone Apps with Client Mobility for More Business