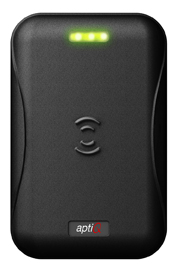 “The aptiQ readers are a newly designed product, both aesthetically and from a technology perspective,” emphasized Jeremy Earles, marketing manager for readers and credentials at Ingersoll Rand Security Technologies. “Their eye-pleasing, wall-hugging design suits a larger variety of architectural styles and the four new color choices complement any building’s décor. These readers provide the high security of aptiQ™ technology with read range comparable to other readers on today’s market.”

The new aptiQ™ readers support a variety of contactless credentials: 125kHz proximity, 13.56 MHz MIFARE® Classic, Ingersoll Rand’s aptiQ™ MIFARE DESFire™ EV1 smart card. They also can read the card serial number (CSN) of most 13.56 MHz smart credentials and are able to communicate with NFC-enabled mobile phones. All aptiQ™ readers are FIPS 201-1 compliant and have been approved by the U.S. government under HSPD12 as PIV Transparent Readers.