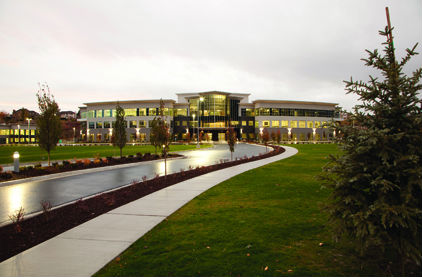 After months of speculation SDM previously reported on, the Blackstone Group, a U.S.-based private equity firm, reached an agreement to buy a majority stake in Vivint, Provo, Utah. The sale, which includes 2Gig Technologies and Vivint Solar,is expected to close later this Fall and has a price tag of more than $2 billion.

Vivint’s management team, which is staying intact, has big plans for growth that will be enabled by this new financial partnership. Among them are an entrance into the commercial security space, an in-home healthcare offering and international expansion.

Todd Pedersen, chief executive officer of Vivint, joinedSDM for an exclusive podcast to discuss the details of the acquisition. Listen to the full interview here.

SDM also reached out to Imperial Capital’s Jeff Kessler to discuss the details and implications of the transaction and valuation. According to Kessler, “The Vivint sale represents a confirmation that if you put together — even it is from ground up — a company that takes advantage of the surge in new technological capabilities available to end users now, [that company] can provide a customer value proposition that is highly competitive and highly desired by large players who want to invest in the market.”

As Kessler points out, in the three years that have passed since APX Alarm became Vivint, the company made some radical, sweeping changes that led it to be named SDM’s Dealer of the Year in 2011. [Read the full profile here]. That includes pushing the boundaries of traditional security to offer innovative home services and working to make them accessible and affordable, opening the mass market.

Along with rebranding and building out twin award-winning central stations(work that resulted in this year’s CSAA Excellence Award for Central Station of the Year), Vivint hasn’t stopped moving and creating new sales opportunities, changing its own face as well as the security industry’s.

“The fact that SDM recognized that we are attempting to maybe be part of creating a new definition of a different industry, which is a technology platform industry — that meant something to us,” said Pedersen regarding the company’s status as the most recent SDM Dealer of the Year. “And without question, I think Blackstone looked at the company and said, ‘Look, they have unique capabilities of getting into the home, installing a lot of different things.’ And we’ve got some very big plans and very realistic plans for taking the company into the commercial space, the home healthcare space and pursing international expansion.”

Pedersen explained that the company will carry out its expansion plans by entering the light commercial space, which he views as an extension of its current services. “Part of it is hiring the right talent to go to market. It’s not very dissimilar from what we do right now. It’s making a sale, signing someone up to a contract, installing equipment in a business instead of a home, monitoring… We just didn’t have a credit facility that allowed us to sell into the commercial market. For us it’s a natural fit.” Pedersen added that the company already has a good infrastructure in place to handle national accounts.

Healthcare services are also on the horizon.

“Everyone in America knows there is a healthcare cost problem,” Pedersen related. “That’s front and center every day. So the contemplation is what can technology do inside a home to track and monitor [different things]… is it vitals? or analytics around us and movement? We have a pretty broad thought-process around the breadth of services that can be offered in that space. I hope we’ll have some form of an offering next year.”

The company also has plans to expand to Australia, a development which is still “four or five months out” Pedersen said. With its international expansion, Vivint will first offer its core security and automation offering, gaining traction before expanding to its solar energy services and future commercial and healthcare services.

Regarding what the $2 billion number means to the company, Pedersen said, “It’s a validation of the fact that we’ve been trying to run a great company, provide excellent services and lead out in innovation. I’m very confident that if we were a ‘security only’ company we wouldn’t have gotten the valuation we have. And maybe Blackstone wouldn’t have even looked at us, to tell you the truth.”

To the rest of the security industry, that number supports a buyout trend that shows no signs of stopping. Kessler explained, “Over the past 18 to 24 months, we have seen a whole slew of transactions of larger companies, ranging from Tyco buying Broadview, GTCR buying Protection1, Oakhill Capital buying Security Networks, Summit Partners buying Central Security Group, Ascent Capital buying Monitronics, Bain Capital and Hellman & Friedman buying Securitas Direct, Norwest Ventures buying Alarm Capital Alliance and more recently Cinven buying Pronet, which is the largest alarm company in Turkey. All of these valuations on an RMR basis were in the 40 to 60 area. In the operating cash flow range, which is what we use as the most reliable and accurate measure of value because it takes out all of the accounting variances that alarm companies use (particularly around EBIDTA), that steady state cash flow range has been in the 10 to 13 area.

“Based on what [Vivint] has publicly announced, the RMR appears to be around 50 or the low 50s,” Kessler continued. “And this is just for the part of Vivint that is home services and monitoring; it does not include 2GIG or the solar business, which were part of the sale. If you subtract those two businesses out, we’re just valuating the remaining $1.7 or so billion of enterprise value. In terms of the 10 to13 range for operating cash flow, it’s probably towards the lower end of the range. So it’s not a crazy number. It’s a big number in terms of raw dollars, but the valuation is not insane.”

According to Kessler, a convergence of trends have created conditions that may continue to yield high value acquisitions in the near future. “We are going through a period in which there is this tremendous confluence of things happening — it’s not just due to one thing, it’s due to all of them,” Kessler said. “The fact that you do have a bunch of people that have been running alarm companies for a while and have created varying levels of value propositions and some of them have gotten pretty big in the SDM top 20, for sure. The fact that we have this technology boost that is going to divide the industry between those who can provide a customer value proposition that goes beyond traditional legacy monitoring and those that don’t want to do it and would rather sit on their rear and just take in the RMR and not reinvest in more services. The fact that we have the stage of babyboomer retirement coming up. And the fact that we have very low borrowing rates right now: banks are willing to lend to private equity firms at very good advance rates — some of the best advance rates in history — 30 and better times RMR. The confluence of all of that means that Vivint is far from the last large, high-quality ticket deal you’ll see in the next year.”

A key feature of the Vivint sale is the company’s proven ability at customer creation while constantly diversifying: first with its home automation services and more recently with a solar energy offering.  Pedersen continued, “But I think [Blackstone is] looking at this not as a security investment — in fact, I know they’re not. It’s a platform play — a technology services into the home and business technology play. Security happens to be what we got into initially but not how we’re defining ourselves.”

To Vivint, which has grown at dizzying speeds in the past three years, this new partnership represents access to capital that will enable it to continue to grow at an accelerated pace. Vivint’s management is currently in the process of ironing out the details with Blackstone of a new form of financing structure for the company. “The financing structure is super important to the growth of the company,” Pedersen noted. “It’s has to be right capital structure to continue to accelerate growth in all of the services we’re doing, not just the security side.”

Kessler added that in addition to providing capital necessary to sustain that growth, Blackstone will ensure the growth plans don’t become overly ambitious. “The fact that the owners and founders are still owners but minority owners and that you have a very large private equity firm that has been involved in much larger companies than Vivint with the majority of ownership, it will probably keep Vivint management from exceeding both their man power as well as financial capabilities in expanding — whether it is geographically, vertically or horizontally.”