Celebrating the Life of Dale Elliott 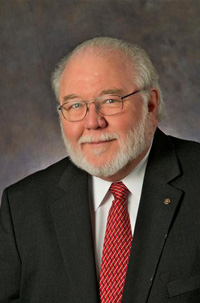 SDM is deeply saddened to note the passing of Dale Elliott. Elliott was the president of Allstate Security Industries Inc. for 45 years. He lived from October 10, 1938 to October 19, 2012.

From an early age, Elliott was committed to helping others and protecting lives. While still in high school, Elliott worked as an ambulance attendant and helped deliver eight babies. He later joined the United States Navy and spent two years aboard the USS Yorktown, an aircraft carrier in the South Pacific. Studying  Judo at the Kodokan Judo Institute in Tokyo, Japan, he was able to teach combative tactics to the 66 marines on the USS Yorktown and continued to teach Judo throughout his life. He was very involved in community and industry organizations, such as the First Baptist Church, Panhandle Executive Association, Central Station Alarm Association, Texas Burglar Fire Alarm Association, Associated Security Services and Investigators of the State of Texas (Past National vice president), National Fire Protection Association, False Alarm Reduction Association, International Association of Chiefs of Police (Past liaison committee member between IACP and the private security industry for five years.)

What follows are excerpts from his self-penned story, “My Life Thus Far.”

“When I was honorably discharged from the Navy I returned to Amarillo and started working as a private investigator while attending Amarillo College. That lasted for three months until I was shot at while watching the wrong property.

I then took a 6 week training class as an Arthur Murray Dance instructor and I taught there for three months until I determined the business was a scam and I offered to throw the owner down the stairs. That ended my dancing career. Then I started selling life insurance at age 22 until age 27 where I enjoyed a modicum of success.

Ten days before I turned 28 I started Amarillo Burglar Control on October 1, 1967 with $320.00 in capital. In 1975 I bought three security companies: Beasley Alarm, which began on January 1, 1926, Hereford Electronics and Allstate Security Industries Inc., which started in 1970. All three were merged into Allstate Security Industries Inc. (ASI) in 1977. Since then I have bought 18 additional security companies throughout Texas and New Mexico for a total of 22 companies...

I am proud to say that Allstate Security is the oldest and largest full-line private security company between Dallas and Denver, and Oklahoma City and Phoenix Arizona...

After starting Amarillo Burglar Control and acquiring ASI, I observed that there were no state regulations for security companies or their personnel. I and three other people wrote the bill that was instrumental, with the help of the A.S.S.I.S.T. organization, in getting a bill passed that created the Texas Board of Private Investigators and Private Security Agency. I and another three people wrote the bill that put the State Board of Insurance over the State Fire Marshall for the regulation of fire alarms.

These are two organizations that for the last 30 years have governed and regulated the security and fire alarm industry in the state of Texas. I currently serve as Region 1 Director (which covers 71 counties) of the Texas Burglar and Fire Alarm Association, an organization which I helped found 24 years ago. Today I am working as hard as I did 40 years ago when I started in the alarm industry...