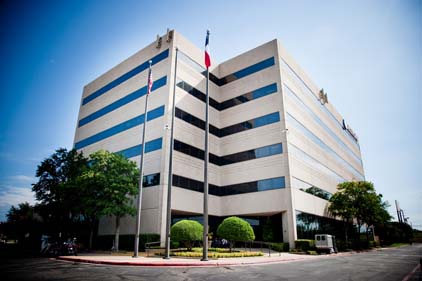 Ascent Capital Group announced that its primary operating subsidiary, Monitronics International Inc., signed an agreement to acquire Security Networks for a total transaction price of $507.5 million. That amount consists of $487.5 million of cash and 253,333 newly issued shares of Ascent Series A common stock with an agreed value of $20 million.

Founded in 2000, Security Networks provides monitored security system services to approximately 195,000 residential and commercial customers, making it the 14th largest residential alarm monitoring company in the United States., according to data compiled for the 2013 SDM 100. Security Networks was named SDM’s Dealer of the Year Honoree for the past two consecutive years. Monitronics is ranked No. 5 in the SDM 100.

Orr commented that it was always the intent of Ascent Capital Group to grow the Monitronics business through acquisition when it purchased the company in 2010. “We’ve been pretty consistent in that message since we acquired Monitronics. Obviously we had to get through some integration issues of our own, and some refinancing issues,” Orr commented. “Now that the business is fully integrated and operating tremendously — we have a great management team in Monitronics — we’re out looking for opportunities. This is the first of what we hope will be many attractive acquisitions.”

One of the primary factors that made Security Networks the right choice for this first acquisition was how well the business is run, Orr and Meyers concurred. Orr said, “What attracted us to them frankly is that it’s a well-run company that’s got a very complimentary business model to Monitronics’ business model... We both have networks of affiliates or dealers from whom we purchase accounts. They do it very well. We do it very well. And we think the marriage of the two companies will allow us to do it even better. We do think it’s one that although it will take some time, will be smoothly integrated.”

Meyers added the integration of these two business will ideally position the company with an extensive dealer base, a strong footprint and potential for organic growth.

“Security Networks is a smaller company but was rapidly growing,” Meyers explained. “In 2012, they generated over 60,000 contracts from their dealer network. As we fold that into Monitronics, the combined company will have strong growth as a result of both networks combined.”

Before the acquisition, Monitronics had 838,000 subscribers and 370 dealers. As of June 30, 2013, Security Networks will bring 195,000 accounts and 225 dealers. Meyers noted that both companies focus primarily on residential security systems, with roughly a 95 percent residential/5 percent light commercial breakdown.

The purchase price agreement is based on Security Networks delivering $8.8 million in recurring monthly revenue by closing in mid-August. Orr noted that should the RMR numbers deviate above or below the $8.8 million, the purchase price may be adjusted accordingly. As of June 30, 2013, Security Networks counted $8.4 in RMR (including approximately $0.1 million of wholesale monitoring). Though Orr is confident that given Security Networks’ pace of growth, the company will have the agreed-upon figure by mid-August. The transaction will be financed primarily with new debt at the Ascent and Monitronics levels, as well as an incremental amount of cash from Ascent's balance sheet.

Meyers also said that in addition to their business model, the companies are similar in terms of their service offerings: both aggressively competing in new technology markets such as home automation and interactive services. Still, he said Monitronics is looking forward to closely examining the Security Networks’ business “and look for things that can improve Monitronics as well.”

Following the close of the transaction, Rich Perry will step down as CEO and the combined companies will be headquartered in Dallas, Texas with Mike Haislip serving as CEO. Security Networks’ management team may stay in place during the transition as will other company employees. Meyers commented that as the operations are moved to be concentrated in Dallas, employees will be given the choice to interview for positions and to relocate.

Mike Haislip, president and CEO of Monitronics, stated, “We are very excited about this transaction and want to welcome the Security Networks dealer affiliates and customers on board. The combined company will have an impressive network of over 600 dealer affiliates nationwide and will service over one million subscribers. As we integrate the two companies, we expect to generate meaningful synergies from the combined operations. We expect the integration to be seamless and will make certain that our customers and dealer affiliates remain top priorities and continue to receive the high-quality service that they have come to expect.”

Richard Perry, president and CEO of Security Networks, added, “Monitronics is a well-respected company and one that has a proven track record of growth in the home security market. I am confident that this transaction is the right next step for our business, creating a compelling growth platform and offering greater value to our customers. I would like to thank Oak Hill Capital Partners for their partnership, guidance, and market acumen. Together, we have helped to shape Security Networks into the dynamic business it is today.”

Jonathan Friesel and Benjamin Diesbach, Partners at Oak Hill Capital, jointly commented, “During our partnership with Security Networks, we enjoyed working closely with Rich Perry and his team to build the company into a leading provider of home security solutions. Security Networks and its affiliates are well-positioned to maintain their impressive growth and leadership in the residential home security market under their new ownership.”

Companies You Should Know: RTTG