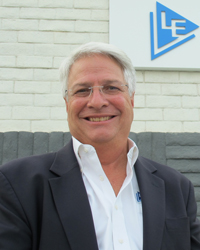 The Security Industry Association (SIA) elected Richard Brent, CEO of Louroe Electronics, to its board of directors.  Brent brings a wealth of knowledge in audio security and over a decade of experience in government affairs to SIA’s leadership, reported the association.  As a board member, his responsibilities will include voting on key initiatives for the security industry. His two-year term began on April 14, 2015.

“The security industry would not be what it is today without the guidance, leadership and resources provided by SIA,” said Richard Brent, CEO of Louroe Electronics. “SIA is a remarkable organization that truly affects change and legislation to benefit the entire industry. I am honored to serve as one of SIA’s Board of Directors and look forward to working toward growth and development in emerging security sectors like audio monitoring.”

Don Erickson, CEO of SIA, praised the new board member.  “Richard’s passion for the success of the electronic physical security industry is infectious.  He is also keenly aware of the major trends within the industry and the challenges and opportunities facing SIA members. His insights into our dynamic and ever-changing industry will undoubtedly strengthen SIA’s effectiveness in meeting the needs of our members and help the industry to grow.”

The SIA Nominations committee submitted Brent for consideration in February 2015. His nomination was later ratified at The Advance meeting during the 2015 International Security Conference & Expo  in Las Vegas.