Ring Since Amazon; What’s in It for Security Dealers?

What started out as an individual product invention a few years ago, has turned into a billion-dollar, total smart home and security product portfolio owned by goliath online retailer Amazon. SDM takes a closer look at Ring, how it all began, and what security dealers should know.

Ring began as an individual product launch in December 2012 with the Ring Video Doorbell (then called the Doorbot). Invented by Jamie Siminoff, the smart doorbell was designed to reduce crime in communities by allowing users to see who is at their door anytime through their smartphones. A year later, in 2013, the Doorbot was featured on ABC’s Shark Tank television show, and subsequently rejected by the investors — though the company has since experienced exponential growth and a growing smart product portfolio, resulting in Ring being acquired by Amazon for an estimated $1 billion, according to Reuters. The acquisition closed on April 12, 2018.

The acquisition of Ring by Amazon has resulted in many new products, features and offerings from the brand, focusing on mobile security for both the inside and outside of the home. This year, Ring announced several product additions, including the launch of its whole-home security system called the Ring Alarm, which is expected to begin shipping sometime in 2018, according to the company.

Here is a close-up look at the makers of the video doorbell and what they are up to now.

Ring’s flagship product, the Ring Video Doorbell, allows users to see and talk to anyone at their doorstep from anywhere via the user’s smartphone. The company did a pilot program in partnership with the Los Angeles Police Department (LAPD) in 2015 in a neighborhood called Wilshire Park, which received about one burglary every other week before the pilot. The LAPD reported a reduction in burglaries by approximately 55 percent after the smart doorbell installations. While the original product retailed closer to $200 dollars, after the Amazon acquisition, the company announced it would drop the retail price of the Ring Video Doorbell to $99.99. There are other versions of the doorbell, however, including the Video Doorbell Elite, which is a professional-grade doorbell with PoE and flush-mounted installation that retails for $499. One accessory, the Ring Chime, which retails for less than $30, is a Wi-Fi enabled speaker for the doorbell. 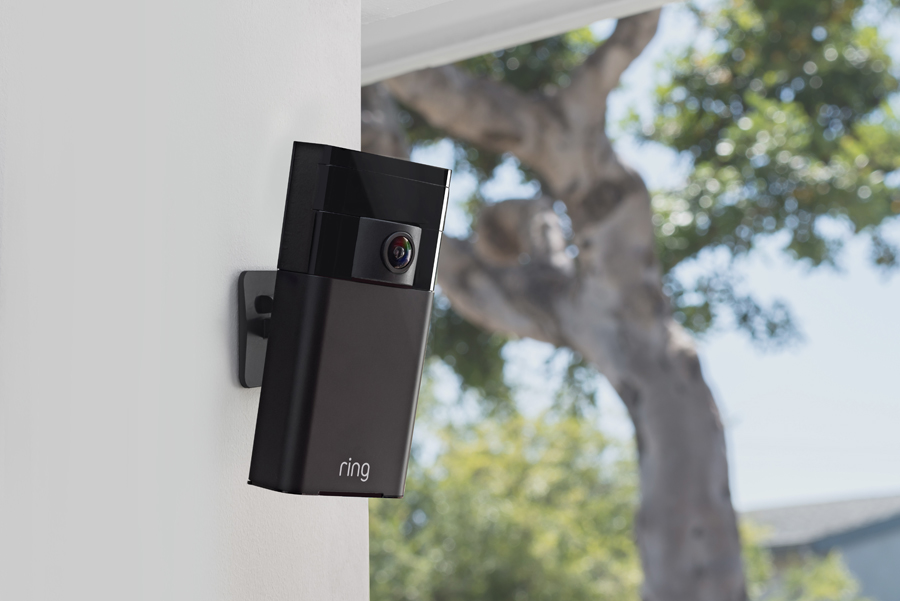 Ring offers a lineup of cameras that work together on the company’s mobile app. Image courtesy of Ring

In January 2018, Ring announced updated versions of its Stick Up Cams for indoor and outdoor use. The cameras have multiple power options and mounting brackets for different areas of a home. As with other Ring products, the cameras are designed to work with the Ring app, allowing users to access their video at any time. The company also offers Spotlight Cams, Floodlight Cams and solar charging accessories. The Spotlight camera line, which includes two-way voice, 1080HD video and a wide-angle camera lens, retails beginning at $199. The Floodlight cameras feature built-in floodlights, two-way audio, HD video and built-in 110-decibel siren alarm.

In addition, through its relationship with Amazon, Ring has added capabilities to many of its products to allow customers to use voice with the Amazon Alexa to view camera feeds directly from Echo Show and Fire TV. 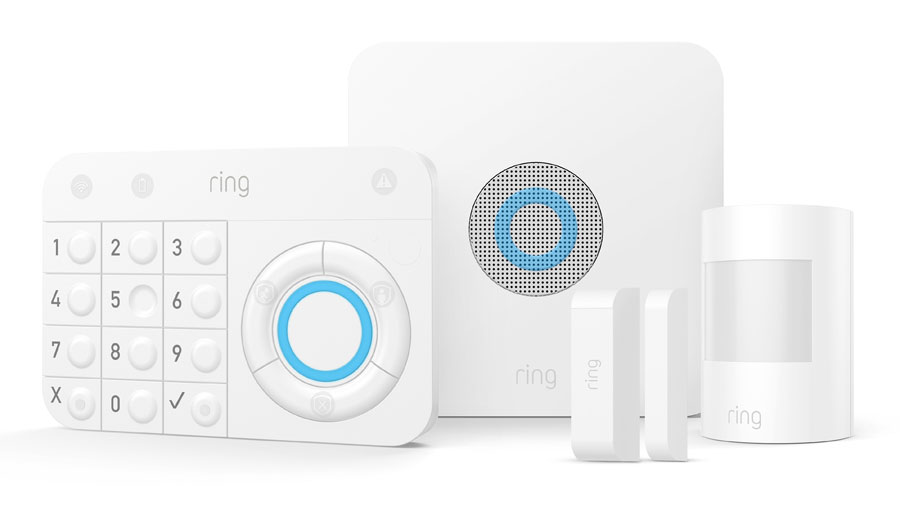 Ring Alarm and its accessories are expected to ship in 2018. Image courtesy of Ring

At CES (International Consumer Electronics Show) this year, Ring unveiled the Ring Alarm, which can be professionally monitored and video recorded 24/7 for $10/month, according to the company. The alarm systems are expected to begin shipping later in 2018, and are expected to retail at $199.99. 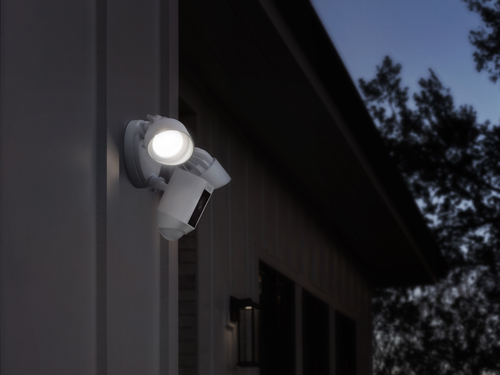 Ring Alarm and its accessories are expected to ship in 2018. Image courtesy of Ring

Ring acquired smart LED lighting company Mr. Beams in early 2018. As a result, the company announced a line of smart security lights that are expected to begin shipping in 2018. The company says the outdoor lights will integrate seamlessly with the Ring alarm system and cameras. The line includes flood lights, motion-sensor lights and stake lights. Pricing information is not yet available.

Where are Ring products sold, and is there a dealer channel? Ring products are available direct to consumers through the Ring website, as well as Amazon and a number of retail outlets.

The company, however, does make the Ring products available to audio-visual and smart home security companies at wholesale pricing through several distributors. Some of those distribution partners include ADI, Anixter, Wave Electronics, Capitol Sales, AVAD and Catalyst AV, a spokesperson for Ring told SDM.