Security Industry Warms Up for ISC West with Social Events 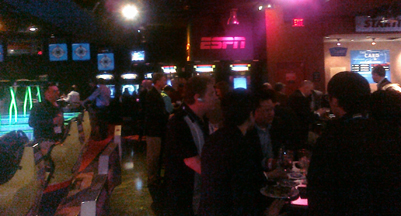 SIA Welcomes ISC Attendees at ESPN Zone The Security Industry Association (SIA) welcomed the security industry to Las Vegas for the 2010 ISC West International Security Conference and Exposition with the SIA Customer Appreciation Reception, held Tuesday, March 23, from 6-8 p.m. at the ESPN Zone inside the New York-New York Hotel & Casino in Las Vegas. With free food and beverages, complimentary games that included everything and anything you can imagine (a little air hockey followed by some hoops, anyone?), giant-screen TVs and plenty of networking, the event kicked off the 2010 ISC West with plenty of energy. 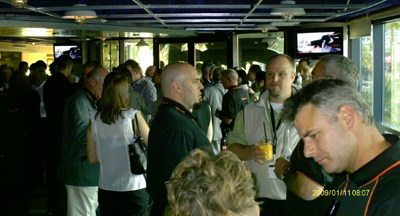 Gallagher Mixes it up at Margaritaville

Gallagher Mixes it up at Margaritaville Gallagher Security Management Systems hosted a mixer last night at Margaritaville on the Las Vegas Strip. Gallagher sells Cardax FT, an access control integration platform, and PowerFence, a perimeter security electric fence system. SDM spoke with Jeff Roach, who joined Gallagher in mid-2009 to head up training in the U.S. and Central and South America. Some of Jeff's initiatives include more e-learning options for Gallagher resellers, as well as foundational training in networks and other technologies that are emerging for security integrators. Jeff holds a doctorate degree in education from Ball State University. Visit Gallagher Security Management in booth 25069.