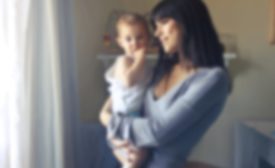 IDIS America, the regional headquarters of South Korean security technology innovator, IDIS, announced Emily’s Place, as the first recipient of a comprehensive donation of company’s award-winning technology as part of its “Create a Better World” campaign. The campaign, announced at the 2019 ISC West security show in April, is designed to support and better empower community organizations, the facility’s mission of providing long-term, multi-faceted care and support for domestic abuse survivors seeking to permanently leave their lives of abuse behind. The IDIS donation was facilitated and installed with the support of the KOTRA, the Korean trade promotion agency, and security integrator Integrated Lifestyles.

Digital Monitoring Products (DMP), Springfield, Mo., and Atlas Security, North Hollywood, Calif., were recognized by Missouri State University (MSU) in a ceremony held May 5 at the university. Dr. Shawn Strong, department head – Technology and Construction Management, expressed the university’s appreciation for the large, in-kind donation of technology. The university used the donated equipment to create a set of teaching aids that provide students with hands-on experience that will help them to better understand the installation and function of commercial alarm systems.