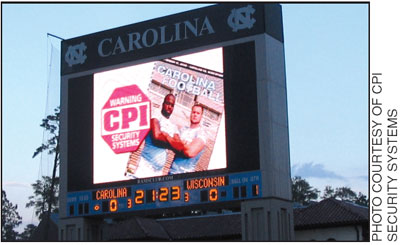 As part of the agreement, CPI will have live commercial spots read by Woody Durham on the Tar Heel Radio Network, in-bowl giveaway promotions for football, commercials on the "Coaches Daily Show" and "Primetime in the ACC" as well as field banners at UNC facilities.

The sponsorship package also includes full-page ads in the football and basketball programs for all home games and a permanent link button on the athletic program's Web site, tarheelblue.com.