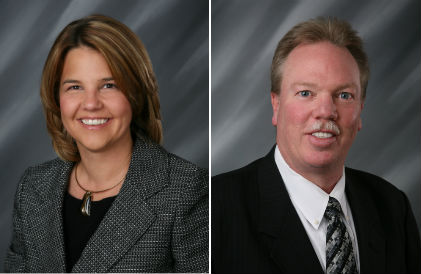 The senior debt financing was led by PNC Capital Markets LLC and Administrative Agent PNC Bank, National Association; with RBS Citizens also playing a leading role. Bank of America and US Bank also are included as agent banks in the deal.

According to Petrow and Vector Security’s vice president of finance, Jeffrey W. Hoffman, the value of the senior credit facility, in itself, is a strong indication of how lenders view Vector Security’s financial viability. “In an environment where lenders need to be selective of the companies and business plans they fund, we’re proud to know that this group of lenders continues to be very supportive of and continues to grow with Vector by making this additional capital available,” Hoffman said.

Hoffman, who has been at the financial helm at Vector for 15 years, cites Vector’s superior financial performance and continued strong annual growth, even during the 2008 – 2010 recessionary periods, as one of the many reasons why lenders continue to support Vector Security.

“We value our long-standing relationship with Vector and recognize its winning combination of experienced management, solid financials and leadership within the security industry. This new financing demonstrates our commitment to Vector and its continuing growth,” said Mike Anselmo, executive vice president of corporate banking at PNC.

Petrow added that Vector’s commitment to intelligent, long-term growth is also an added benefit. “Over the past few years, but especially throughout the recession, Vector Security has been wise about the choices we’ve made pertaining to our position in emerging and declining markets, especially those that were tied directly to the new home construction market. “We analyzed the level of declining business opportunities we were expected to receive from these markets and made adjustments as early as spring of 2008 to redirect our energies elsewhere. That included both our branch offices that served custom and tract home builders, as well as our National Accounts Division, which also has a lot of business dealings in the home improvement industry.” Adjustments to Vector’s marketing and sales plans made during those times are credited with enabling the company to post record profits for 2010.

Petrow said that Vector’s ranking and reputation, in the eyes of both the electronic security and financial industries, is important to uphold in a responsible way. “Our parent company, The Philadelphia Contributionship, is the oldest fire insurance company in the country. Founded by Benjamin Franklin in 1752, three of our corporate forefathers were signers of the Declaration of Independence. That’s a unique heritage and reputation to honor, uphold and reflect in all our business dealings,” she described.