This website requires certain cookies to work and uses other cookies to help you have the best experience. By visiting this website, certain cookies have already been set, which you may delete and block. By closing this message or continuing to use our site, you agree to the use of cookies. Visit our updated privacy and cookie policy to learn more.
Home » Bosch Video & Sound Systems Selected to Be Installed at Indonesian Seaport
Communication & InfrastructureVideo Solutions 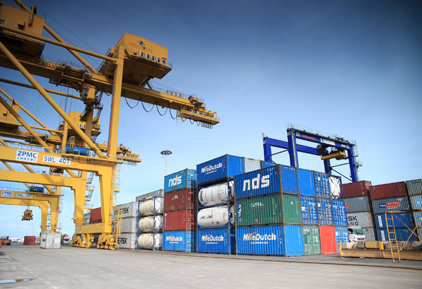 The company, PT Pelabuhan Indonesia 1, specializes in handling containers for international and domestic transportation in many ports in Indonesia. Due to harsh seaside conditions amidst container cranes and hyper-modern cranes, the company requires top-class security equipment to ensure the safety of employees. Bosch Security Systems stated that after the container company screened many security providers, it selected Bosch for its ability to fulfill all of the requirements at the seaport in Medan.

Muhamad Natsir S. Sos, safety and security manager at Belawan International Container Terminal said, “During the rigorous selection process, Bosch Security Systems was found to have outperformed the others in terms of image quality of their video systems, and audio clarity of their public address system.”

In the instance of an emergency evacuation, Praesideo, consisting of speakers and microphones, will project announcements loudly and clearly. To protect the pier, the intelligent video analysis-enabled cameras provide advanced detection functions ranging from head detection to trajectory tracking. In addition, the AutoDome cameras are vandal-resistant and weatherproof, enabling them to handle the seaside conditions. 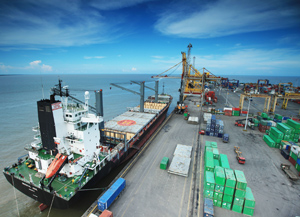 Images captured by the cameras are processed by the BVMS, which plays a crucial role in daily operations through the monitoring of all port activities. The cost-effective, integrated security system also enhances overall productivity and quality of service at the ports, Bosch stated.

Feature Allows Hand-Selected Video Segments to Be Moved into Archives

The Complete Guide to Physical Security