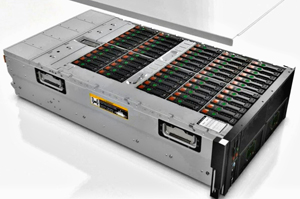 To provide customers greater storage capacity in a smaller footprint, BCDVideo released its BCD4540V IP video server, which offers up to 180 TB of video storage in a 5U rack-mount chassis. Models offering 240 TB are expected to be released in May.

Like all BCDVideo systems, the new server is powered by an HP infrastructure and comes with a five-year on-site warranty. Because its 60 drive bays use RAID 50 or 60, the BCD4540V can surpass standard 16-drive limitations of RAID 5 and 6. According to the company, the new server is the highest-density IP video server in the world.

Big Bertha has been beta tested in several environments where long retention times are required, including casinos, city surveillance and government, and the response from integrators serving those markets has been positive, BCDVideo said.