What Goes Around Comes Around

Recently I had the opportunity to connect a Honeywell Tuxedo Touch console to my home alarm and use Z-Wave locks and various devices.

A bit of history is in order here. As an ADEMCO salesperson I was there when the original Vista control/communicator was brought to the market in the late 1980s. The first Vista panels were unique with their built-in alpha-numeric displays, contact ID digital alarm signaling, and a “works in the console” concept, in which the entire control/communicator was contained in the wall-mounted keypad device. Vista controls have evolved over the years, and it is likely that hundreds of thousands of Vista control panels in various configurations have been sold and installed. 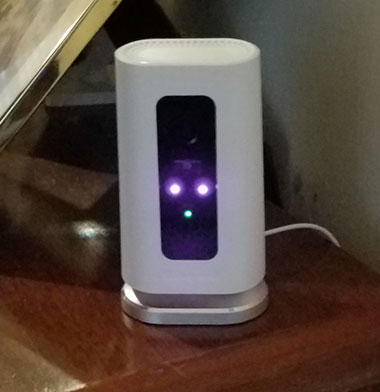 When we bought our house 10 years ago I promptly replaced the existing alarm equipment with a new Vista 20, installed by my friend Jim Hassenplug’s Arlington Security alarm company.

Recently, when I wanted to try out some Z-Wave devices I spoke with my guys at Honeywell, who said I could add a Tuxedo Touch console to my system and, along with a cellular transceiver, would be able to sample all the benefits of Z-Wave automation and Honeywell Total Connect 2.0 functionality.

I am not afraid to get my hands dirty so I was ready to add the new components to my system. However, I had a major concern. The Vista on the wall was labeled “2007.” Can a 10-year old control be connected to the latest and greatest in home automation and alarm signaling equipment?

Not a problem. Honeywell sent me a replacement firmware chip and told me to pull the old one and stick in the new one. I asked whether I was going to have to reprogram the control for basic functions and they said nope, the alarm system will function exactly as it did before.

‘They have worked for years and I believe my Vista control will continue to provide service into its second decade.’

After dropping the AC and battery juice I mounted and connected the Tuxedo console and cellular radio very quickly, as both simply connect to the four-wire keypad bus on the control. I brought the power back up and the new devices started to function immediately.

I performed a few experiments with enrolling Z-Wave locks and other devices and found it very simple to do with the Tuxedo. Once the console is in the “enrollment” mode it will detect powered Z-Wave devices and the operator can choose to connect them to the system.

Along with the new console and radio I installed two of the new Honeywell Wi-Fi indoor IP cameras that work with Total Connect. I was truly amazed at how simple the programming and startup was to get the cameras on the system and on my smartphone. These less than $100 cameras have 720p resolution, two-way audio, and built-in SD cards for backup storage. 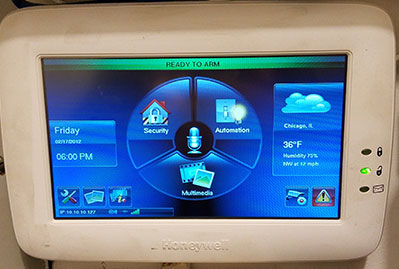 There are two takeaways here. First, dealers who have populations of various forms of Honeywell Vista panels that they have installed over the years may be able to upgrade those accounts with minimal labor time and without having to toss the old panel and keypads and put in new ones. This decreases the cost for upgrades, which should help sell more of them.

The second important point is that the Honeywell Tuxedo can be used as a standalone Z-Wave controller, which would be a handy testing device for those installations where Z-Wave devices will be deployed.

Total Connect and Honeywell Vistas are mature technologies. They have worked for years and I believe my Vista control will continue to provide service into its second decade. Think about that for a minute. How many high-tech devices of any type have you purchased and then seen die after a couple years? For more info visit www.security.honeywell.com.