What visitors see is a clean, brightly painted and well maintained destination. What they don’t see are the hundreds to thousands of employees working year-round to keep everything working well and looking good. 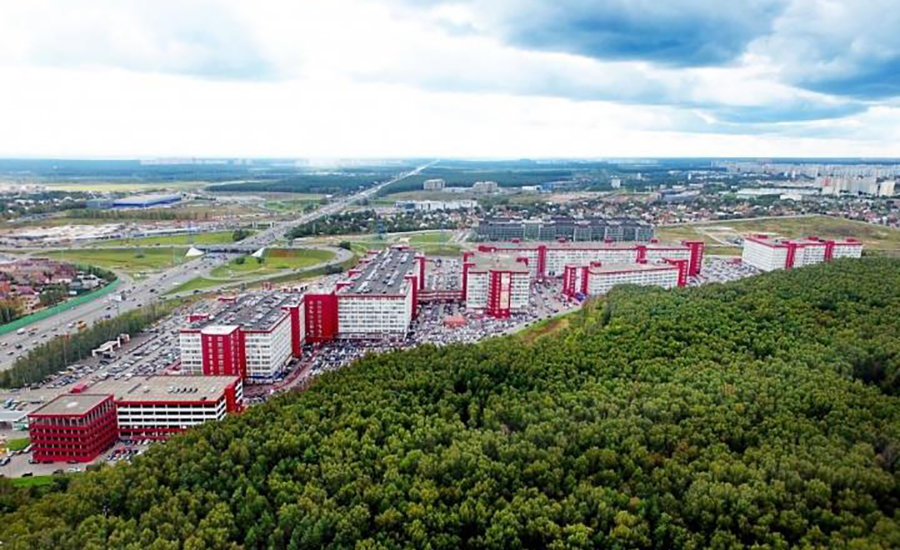 The Rumyantsevo Business Park is one of the largest office and shopping complexes in Moscow. After extensive evaluation, the Russian company AAM Systems was chosen as the systems integrator to implement a new security and access control system at the business park. AAM Systems installed MACE from Nedap, a mobile access platform that can read mobile credentials presented by a smartphone as well as traditional physical access proximity and smart cards.

“Of course, it was important for us to ensure a high level of security,” explained Vladimir Yurkov, technical director of security service for Rumyantsevo Business Park. “But no less important was the convenience for people who work at the business park or visit it. If there is the slightest discomfort when accessing the building, this will cause a delay. With a small number of users this may not be critical. But imagine a system that is used for 40,000 people, most of whom enter and exit the building at the same time. At the parking and building entrances, serious congestion would inevitably arise, which would adversely affect our reputation.”

There’s a team of professionals — including mechanics, carpenters, electricians, painters, plumbers, food preparers, IT experts, administrative staff and more — needing to work without interruptions from the public. That’s why the boardwalk’s parent company, the Santa Cruz Seaside Company, recently updated the site’s access control system to provide greater security and convenience to the “back half” of the amusement park.

The old access system had been in place since 2005 and had been running on server software that was no longer supported by the manufacturer, said Don Beres, pre-sales engineer for the Fremont, Calif.-based integrator, Ojo Technology.

“It was time for an update,” he said. “A year earlier, the boardwalk installed new surveillance cameras using Genetec software. So, the decision was made to go with Security Center Synergis, the IP-based access control solution from Genetec, to make for easy integration between the two systems.”

And that’s been the case, according to Will Graham, security technology administrator at the boardwalk. The boardwalk now has integrated video, access control and alarm systems, all within a single platform. With the old access installation, each system had to be monitored separately.

“Early on, we recognized the security and operational requirements of the tightly regulated cannabis market and evolved our offering to uniquely address those needs,” said Peter Strom, president and CEO, March Networks. “Today, we are proud to be the solution of choice for cannabis operators, including this leading Canadian-based producer in advance of the legalization of the country’s recreational marijuana market in October.”

“I love that I can create a virtual alarm zone, associate it with any input or door on our system, tie a PTZ camera to that zone, set the system to bookmark video during an associated alarm, access event, etc., all so seamlessly and in under five minutes,” Graham said. “If a stolen, lost or flagged ID is used on a door, it can trigger an alarm zone; that alarm triggers a PTZ to zoom onto the spot, opening a window on our dispatch office’s station for dispatchers to immediately review. When the alarm is dismissed, the camera returns to its home preset, and investigators can review the bookmarked video later. This is probably the most exciting thing to me about the upgrade.”

The boardwalk has over 400 cameras on the property. That’s enough to tie cameras to about 75 percent of the doors. The access system also keeps a log and a running list of events. 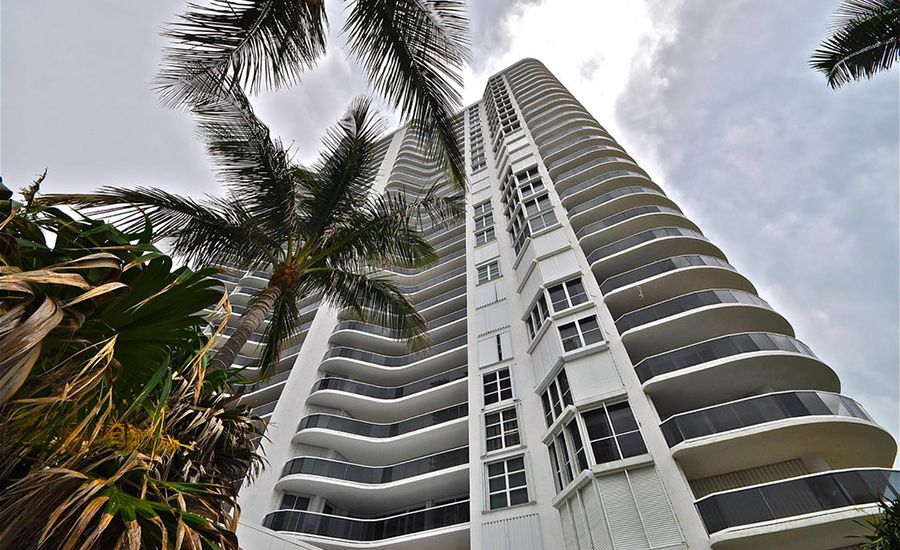 “If we get reports of someone being repeatedly denied access, we can immediately look at the camera footage associated with the event and likely identify the person,” Graham said.

The new access system also quickly became a hero to the boardwalk’s human resources and operational departments. Previously, the HR/operational staff manually enrolled new employees into each separate system (access control, POS, timekeeping, active directory). The boardwalk’s IT group created proprietary in-house software to fully automate the enrollment process for each of these systems, but the software couldn’t be deployed while the previous access control system was in place. Graham said once the Synergis system was in place, the automated enrollment system was turned on and worked great.

The third-largest municipality in the Dallas-Fort Worth metropolitan area has selected Knight Security Systems as its primary security integrator.

The third-largest municipality in the Dallas-Fort Worth metropolitan area, Arlington, Texas has selected Knight Security Systems as its primary security integrator, partner, and long-term architect for a security infrastructure overhaul.

“Knight was chosen for our extensive experience with large camera deployments and our unique ability to proactively monitor their video infrastructure for problems and to quickly resolve these issues. Knight’s DFW service team will be available 24/7 to keep these critical systems operational,” said Phil Lake, president and CEO at Knight Security Systems.

The overhaul is to be powered by KnightSentry, Knight’s upgraded system health monitoring solution, featuring new and enhanced software capabilities that enable partners such as the city of Arlington to experience faster resolution of system issues, the company reported.

“We’re a largely seasonal employer with up to 2,000 new employees each year, so you can imagine what a relief it was to our HR staff to enter data just once,” he said.

While the new access system has worked well, completing the switch-out was a challenge, Beres said. At least parts of the boardwalk are open every day except Christmas. There was no way it could be closed for a few weeks or even days. Access control downtime had to be limited to small areas that could be completed in a day. 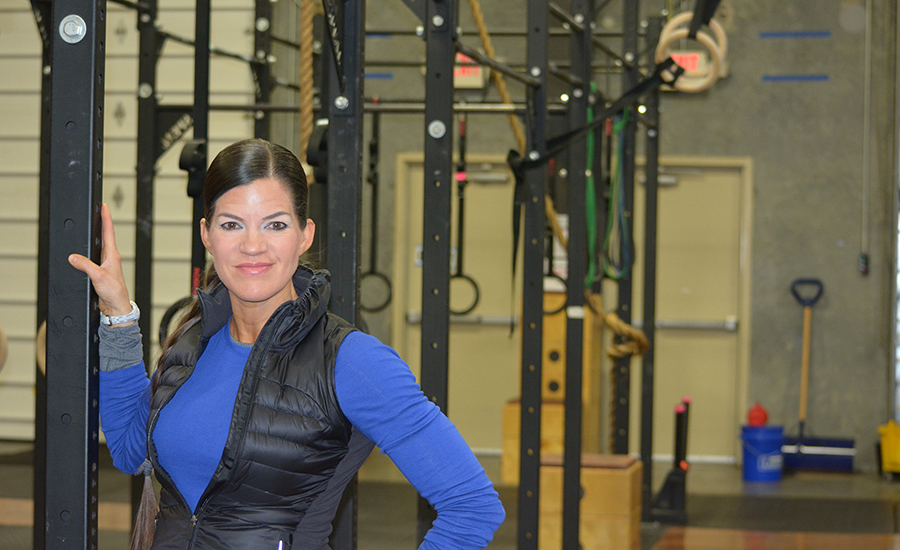 The integrated audio and video functionality is the centerpiece of the recently introduced Sonitrol TotalGuard package. The TotalGuard solution consists of one or multiple Sonitrol Multi-Sensors that act as a standalone IoT panel. The multi-sensor, developed by 3xLOGIC, is a cube style, 2MP camera that goes far beyond just an IP video camera. For CrossFit Fishers, the TotalGuard solution is comprised of three multi-sensors that also monitor perimeter doors via wireless door contacts. In addition to impact-activated audio intrusion and motion detection, TotalGuard also records video to the onboard SD card, with full search capabilities and playback. TotalGuard uses multiple technologies to deliver unmatched facility protection with built-in impact-activated audio, video verification and recording, and PIR and glass breakage detection — all controlled via the Sonitrol Mobile App.

The project was completed in the fall of 2017 when the boardwalk was fully opened only on Saturdays and Sundays. But beginning in mid-November the boardwalk was opened from 4 to 9 p.m. daily for select rides, food service and an ice skating rink.

Beres said that one of the keys in getting the job done was pre-building much of the system in the Ojo Technology facilities. When the system was ready, Ojo staff worked closely with Graham’s team to determine the order of installations, which included 224 access-controlled doors. 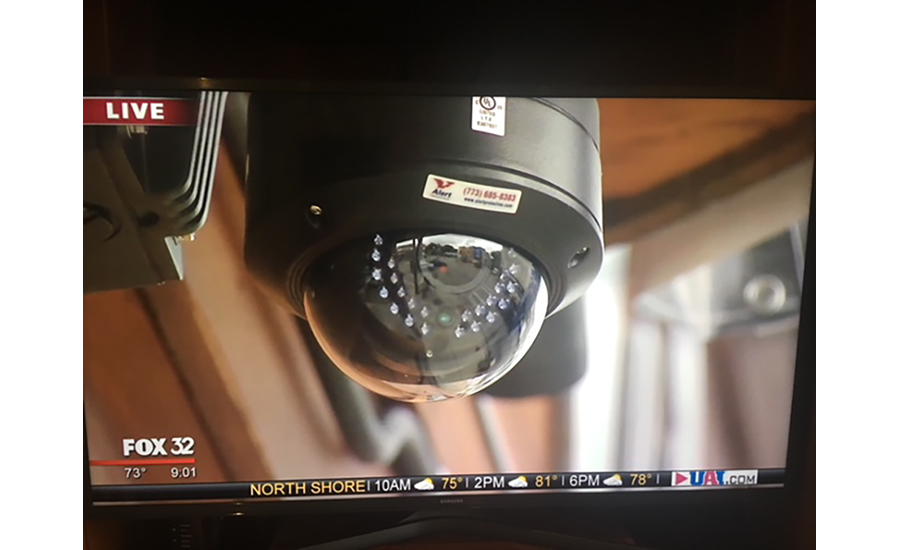 Alert Protective Services partnered with Chicago-based Roscoe Village Neighbors (RVN) on the launch of the “Neighborhood on Watch” (NOW) video camera program that will install high-definition security cameras in key neighborhood locations to enhance security and deter crime. All footage will be uploaded to an encrypted cloud portal from which it can be retrieved and viewed by RVN administrators or by Chicago Police Department detectives if a crime occurs.

“This is a special program for our company and for the city of Chicago,” said David Silberstein, president and CEO of Alert Protective Services. “We are proud of our employees and excited about the deployment of this first-of-its-kind solution designed for the community of Roscoe Village. Given the escalated nature of crime throughout Chicagoland, we are pleased to team up with neighborhoods to enhance safety and assist in crime deterrence through the deployment of integrated security systems.”

“It was made clear that we had to be done before 6 a.m. each Friday,” he said. “That meant we had to have everything installed, tested and commissioned at each location, even if that meant working almost 24 hours straight. We couldn’t leave readers offline overnight.”

A member of Graham’s security team was stationed nearby as Ojo technicians worked. Once installation was completed — several days ahead of schedule — switching to the new system went flawlessly.

The Genetec software is “seamless,” Beres said. “We had panels talking to other panels in different buildings. And operation of the new access control system was simple to learn as the boardwalk team was already familiar with the Genetec desktop workstation application, Security Center.”

Looking back at the often frenzied process of a system change-out, Graham has nothing but good words for his integrator.

“Those Ojo guys were great, totally fantastic,” he said. 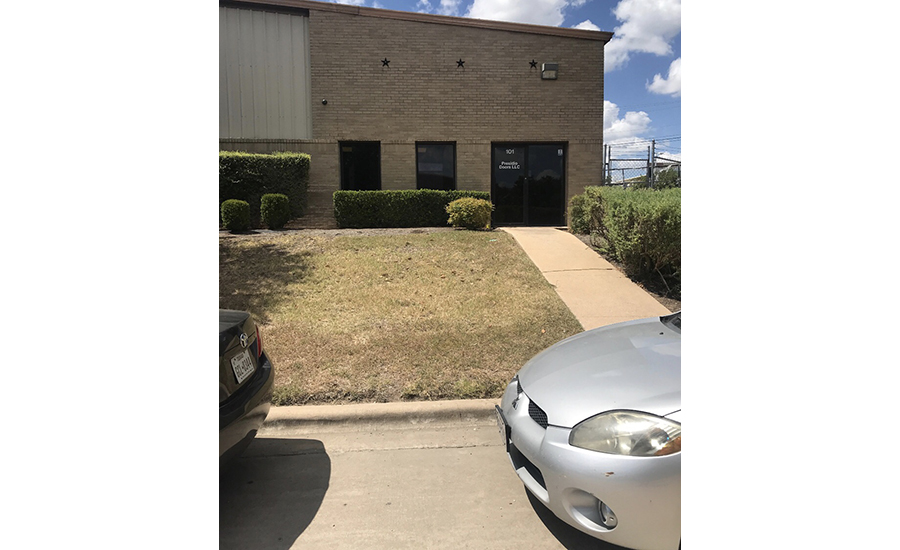 Brian Wiest, owner of residential products retailer Presidio Doors, in Austin, Texas, thought he was protected with the two DIY security cameras he installed to monitor the 10,000-square foot warehouse and storefront. Following a burglary from which it took the business months to recover, he realized that cameras aren’t enough to thwart a large-scale theft operation. He called on local security professionals True Home Protection to install a fully-monitored 2GIG security system — one that would give him peace of mind and help ensure that an incident like this would never happen again.

“Wiest had footage of five thieves breaking in, ripping one of two cameras from the wall, and then spending three hours in the dark clearing him out,” explained True Home Protection Regional Manager John Jarvis. “Cameras, especially those that are DIY, are a secondary level of protection that work in tandem with a security system, but not as a standalone means of protection,” Jarvis concluded. “Presidio Doors is now truly protected.”