Soupergirl is the brainchild of former stand-up comedian turned soup maker, Sara Polon. After reading Michael Pollan’s book, “The Omnivore’s Dilemma,” Polon decided to get involved in the local food movement. She thought about being a farmer, but that was quickly set aside. Polon thought to her childhood, where her mother Marilyn raised her kids on natural, freshly cooked and delicious food. 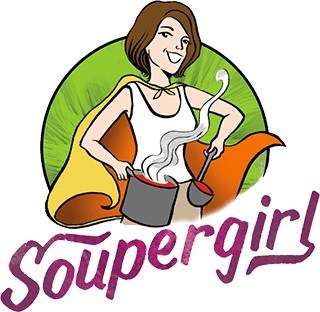 Together, the two decided to team up to bring locally inspired, nutritious, and plant-based soup to the Washington, D.C. market and beyond. Since its inception in 2008, the business has been featured on ABC’s Shark Tank, NBC’s Today Show, and CBS’ The Dish and its food products are available for delivery nationwide and at select grocery stores including Costco, Whole Foods and Wegmans.

With so many moving parts and an aggressive growth and business strategy, it was only a matter of time that security considerations came into play for Soupergirl. At first, the company got by with a traditional alarm system, locks and keys, and non-functioning cameras at the retail space, according to Polon, but the more the company continues to grow, the more essential access control has become.

“On the retail front, as you know with retail, there's turn over. Every time someone would come and join the team we needed a new key, we needed a new alarm code and then keep track, did we get their key back, do we need to change the locks, did we reuse the alarm code, did they remember to set the alarm? It was a nightmare,” explained Polon. “And then in our production facility, there's a common area that is shared and because of that there's a lot of security risk involved in these shared spaces. We needed a solution that would block our space and then keep track of who is coming in and out of these spaces.”

Turning to the Cloud

With the help of security integrator Deltacom Security of Vienna, Va., Polon implemented a Brivo Complete subscription-based access control and physical security system along with Eagle Eye video surveillance. Darrell Mack, president at Deltacom Security and his team integrated the systems together across two of Soupergirl’s locations so that Polin would be able to remotely manage and visualize both sites and both systems all from one Brivo OnAir platform.

“With Brivo OnAir, Sara has access to everything in one place versus multiple apps and that’s a big difference. And with two sites, she can monitor everything from one place and each one has its own employees, so being able to give access accordingly at both locations is great,” Mack told SDM. “With cloud video, she doesn’t have to worry about NVR tampering or recording issues; the video is always safe.” 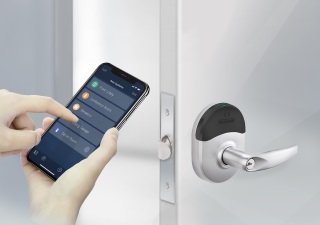 Polon said she can easily manage the system, giving employees access to different doors, adding in groups and deleting access as needed. Another added benefit of Polon’s new system is mobile credentials.

“Brivo Mobile Pass was definitely an advancement because it allows Sara to issue people a Mobile Pass instead of handing out cards and worrying about people leaving them somewhere or getting the card back,” Mack said. “It also allows her to issue credentials without meeting someone face to face so that is a nice feature in her toolbox.”

Added Polon, “It’s so easy…Most people use Brivo MobilePass to access the doors, but some use fobs. If they lose it, no big deal, we just deactivate it and set up a new one. I know exactly who’s come in, I know when they come in, I can link their entry to a camera moment. It's amazing, I feel so much more secure now than I ever did with the traditional alarm. The same thing comes at our production facility. For instance, if I arrive at the facility and see a door has been left open, I can look up who opened that door and at what time and then look at the camera to see what happened. It provides such a peace of mind. I also let repair people in when everyone's off and someone needs access. I can be at home and give them access and make sure I know when they leave without ever having to leave my house.”

Polon said that for Soupergirl, the Brivo Complete subscription services made the most sense since the company didn’t have to commit a large upfront capital expense typically required for an access control and surveillance system. “When you can just budget out a monthly fee, it just makes life better. For cash flow purposes, it’s easier,” she said.

Brivo Complete is a financing service that allows clients to pay a monthly fee for the system, rather than paying for a complete system in one large capital expense. It is also beneficial to the integrator as well, said Mack. “It can be really helpful to a business owner to not have to pay a large sum upfront. It makes access control more affordable and easier to implement and it allows us to offer something to every customer.”

With COVID-19 still an ongoing event affecting the business, Polon said the new access control system has demonstrated its value and then some. 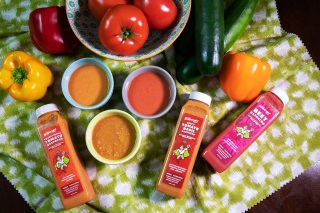 “Brivo has been essential in our response to COVID-19. We have turned over primarily to delivery and curbside pickup, no one is allowed inside our (retail) shop. Brivo has made sure our door stays locked but delivery guys can come in and out. This relieves me from having to lock and unlock the door 17 times a day. It’s really important because people are walking up and down the street all day, trying to open the door, and I’m able to keep it locked while [allowing delivery] access.”

She added, “When you think about contact tracing, I know the exact day and hours someone who could be infected worked. Not just when they clocked in, but when they entered the building and who was in there at the same time. When it comes to keeping my team safe, I have it down to the minute and I think that’s pretty essential.”