The Camera in the Fog

WE ARE ALL IN THE MIDST of an explosion in the installation of surveillance cameras in both commercial and residential locations. After seeing all kinds of handheld and fixed videos on the news showing crimes being committed, seemingly everyone wants video cameras to provide live and recorded viewing of video streams from their properties.

As we have seen on television, the quality of videos varies widely, with multiple issues contributing to problems with video streams. Inexpensive cameras, insufficient lighting, problematic camera locations and spotty Wi-Fi are some problems that can be occurring with IP surveillance cameras.

‘In my 42 years in the electronic security business, I have seen just about every problem that can occur with our devices.’

Perhaps a more important problem is that often end users will check their newly installed cameras for the first couple of weeks, and then the new car smell wears off and problems with the cameras may not be detected. Only when the recorded video is needed to display some type of event do clients find out that in some cases, cameras and/or their connectivity have failed, and the critical video clips are not available.

The failures of both IP and old school CCTV systems have been well documented. According to research reviewed by my wife Joan and included in her recent article about network security there was a circumstance when the Dallas police department searched video systems in locations near the site of a crime. More than 25 percent of the commercial video systems were found to be non-functional and/or the needed video was not recorded or available.

The issue of non-functional devices has been affecting our industry for years, and intelligent alarm and video contractors have drawn contracts that protect the installing contractor from lawsuits resulting from equipment problems. However, no one wants to get sued, and in many cases, clients who suffer a camera or device failure may well move on to another security company.

Too much video can also be a problem, as clients may start to ignore a specific camera that spews too many video clips that don’t seem to show any people in motion.

I have found this problem in the video system at my home. I have three Wi-Fi IP cameras, two indoor and one watching the backyard (it’s a small house). My cameras were provided by Obercloud, and they transmit video clips to the Obercloud recording for storage and review. These clips are triggered by detected motion in the video images.

I’ve had the system up and running for three months or so, and it has worked perfectly except for one problem. While the video clips from the cameras inside my house always show a person (or cat) in motion, the outdoor camera watching the backyard transmits scores of video clips per day with no apparent motion being detected.

I have worked with Jeff Vollmar at Obercloud to try to tame the outdoor camera with a privacy box placed over the trees in the backyard, since the branches moving in the wind are considered motion. You can see this box in the video images below.

Let’s take a look at two video images pulled from the same backyard video clip recorded during the day: 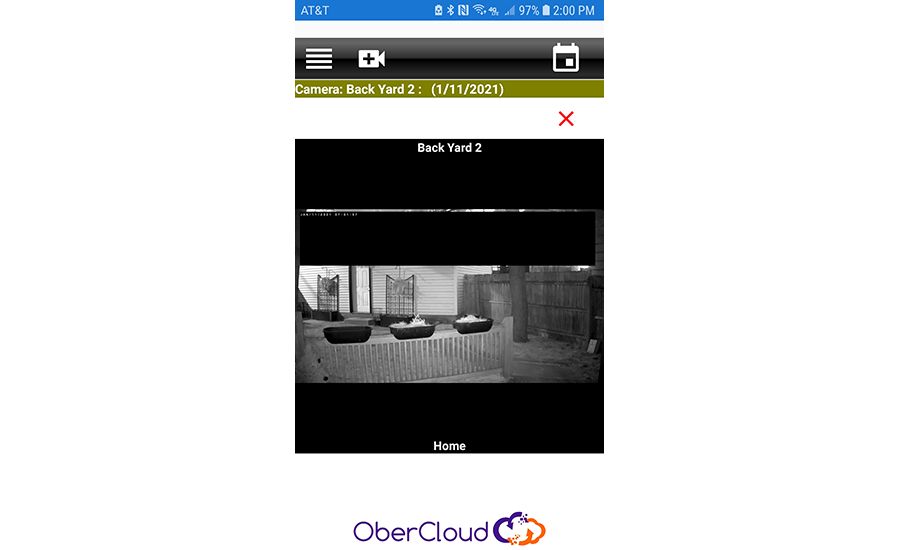 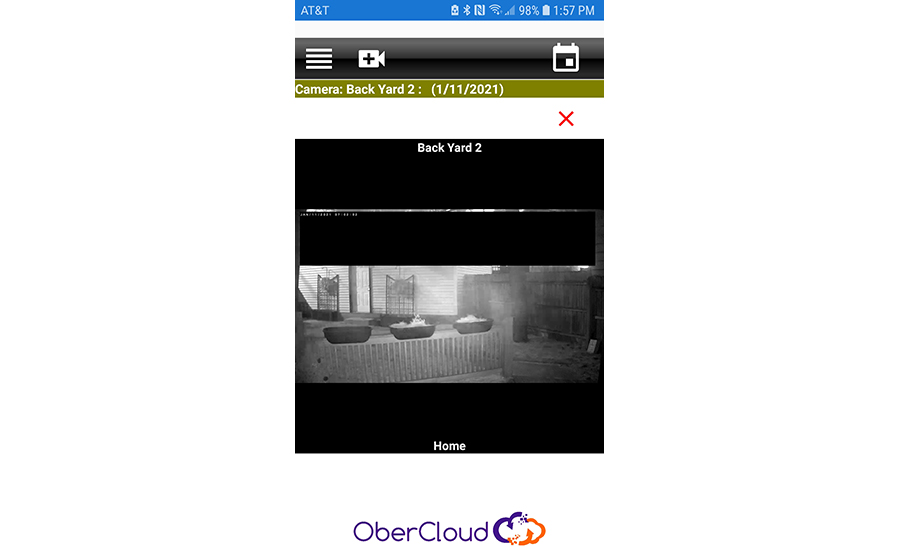 No person or pesky squirrel is seen in the video clip, so where does the “motion” come from? A close look at the second image, particularly over the third planter left to right, shows a cloud moving across the camera’s view, triggering the clip transmission.

In my 42 years in the electronic security business, I have seen just about every problem that can occur with our devices, but this was a new one. In the old days we might blame the equipment, but our manufacturers are putting out quality products. Sometimes it takes a thorough investigation to determine the source of a particular problem.