The Last Man Standing – a Salute to John Burton

Back in 1977, I was a guitar player in a failing punk rock band (was there any other kind?) tooling around Atlanta in a green AMC Pacer (yes, the rolling fish bowl) performing my day job, working for Guardian Alarm Systems.  Pulling off I-20 onto Fulton Industrial Boulevard, I went to pick up an order of needed supplies from the Atlanta ADEMCO branch.  After verifying that our credit was good, John Burton handed me a roll of 18/2 brown twist and a box of foil blocks through the little window in their office. 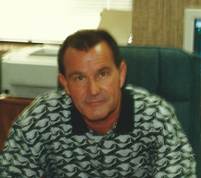 That was my first encounter with John, and our paths in the alarm industry would cross many times over the next 37 years.  Now after more than 40 years of continuous service to ADEMCO, ADEMCO Distribution, and ADI John has retired.

In today’s lightning-fast business environment where jobs, careers and companies rarely make it past single annual digits, John’s longevity in our industry is truly an accomplishment. How many people do you know who have worked in our industry for the same company for four decades?

As we look back at our industry during John’s career we see that there has been dramatic growth and opportunities for security and low-voltage installation companies. Our industry has provided the platform for thousands of small businesses to start and thrive, giving employment and opportunity for business owners and employees.

For those who weren’t there, back in the 1970s there were very few product distributors, and most of the equipment was manufactured in the northeast section of the USA. It could take a week or more to get your shipment from a far-off manufacturer or distributor, which meant that dealers had to carry more inventory and sometimes installations were delayed due to lack of products.

While some in our industry would say that the growth and demand for security systems created the need for local product distribution locations, I believe that it’s the other way around…the expansion of distribution locations has greatly helped our industry. Product distributors today provide more selection, quick delivery, knowledgeable assistance, and reduce dealers’ need to carry extensive inventories of products.

And John Burton was an integral driver in the growth of ADEMCO Distribution and ADI, at one point being in charge of about 19 ADI branches from the Rio Grande to the Canadian border, from Pittsburgh to Kansas City.

While some management people I’ve known are focused on clawing their way to the top, John knew and applied the secret that the best managers know – if your employees are happy, they will perform their tasks with enthusiasm, which made John a successful executive.

During his tenure John hired and promoted hundreds of people, creating lasting careers for those who followed his straightforward methods. In a business that to some extent is still dominated by Anglo-Saxon males, John hired and promoted women and minorities into important positions in ADI. John didn’t look for gender or color; his personnel measurements were about human qualities and character.

I had the great pleasure of working for John for three years in the 1990s. He was always clear in his instructions and how he measured employee performance, and he was always cool, calm, and collected even when a turbulent business situation would cause others to freak out. He was the best boss I ever had.

I will always remember rolling down the road with John, listening to George Jones or Jerry Lee Lewis and talking about baseball, customers, vendors and products.  His modest demeanor concealed an incredibly experienced and intelligent person who know how to handle his people, customers, and the problems that always arise in the course of business.

Chris Lanier of LRG Inc. is a second-generation alarm equipment professional, with his father Joe being a principle of Defensive Security Southwest, one of the first independent equipment distributors. Chris has worked with John for decades and says “like a seasoned seaworthy Captain, John has truly just about seen it all in this industry and regardless of the current cycle or business temperature, knows it too shall pass. That constant change is what you bank on in this business. Always a quick wit, one of his favorite  lines is ‘It is what it is.’ He has weathered it all and provided safe harbor for all those willing to sail with him.”

For John and all that know him, this is a very happy time. He leaves the alarm industry arena for the last time a champion and rides off into the sunset; the last man standing of his generation.  Thanks John, from all of your friends in the business for giving us 40 years of your guidance, concern and efforts to inspire us towards success. 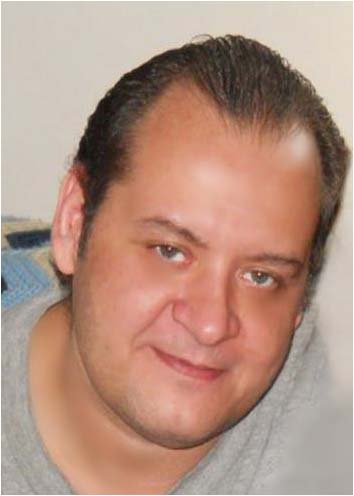 On a very sad note Dave Burgos, 20-year inside salesperson for ADI Elk Grove, IL passed away in early February of this year. This was not expected and was a blow to his co-workers and customers.  Dave was very attentive to his customers, easy to work with, and always had a smile and a joke whenever I would visit the branch to see the guys I used to work with. No matter what was happening, Dave could make you laugh, which was his greatest gift to those who knew him. He is missed by his family, fellow ADI folks, and his customers.