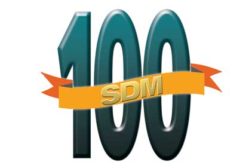 The industry’s largest security companies are seeing their markets change from stalled to hesitant to active; while the SDM 100 itself is changed to allow ranking of integrators with RMR.
Laura Stepanek

Turning the corner on the 2010 economy was like telling off a friend who had it coming — you got to offload some of the poison, and you could move forward with a lesser burden. While the performance of the security industry in 2010 was less than stellar, there were some generally positive economic indicators in the first two quarters of 2011 that hold promise.