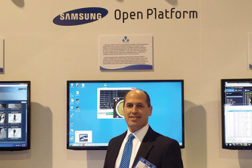 For the first time in 26 years, Vector Security, Pittsburgh, refreshed its brand strategy with the goals of highlighting the overall customer experience and positioning the company as a leading provider of security and security-related solutions tailored to customer needs and business objectives.
Read More
Subscribe For Free!
More Videos