Cypress Integration Solutions announces the passing of Paul Ahern, a security industry veteran who served as the company’s president and CEO. He was 66.

Ahern died on Jan. 17 after battling liver and pancreatic cancer.

Ahern had a wealth of industry expertise when he joined Cypress, a provider of integrated physical access control and security management systems, in 2005. By 2007 he was named the company’s president and logged more than a million miles to meet with customers about the company’s solutions.

Many industry acquaintances became dear friends, and Ahern looked forward to seeing them at ISC West and other industry events which he participated in, along with Cypress Founder and Co-Owner Tony Diodato, according to the announcement. 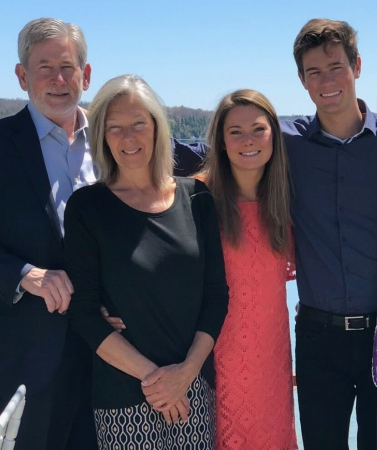 Paul Ahern is survived by his wife, Kim; daughter, Anna; and son, Brien.

“Paul was devoted to his family, and our hearts go out to Paul’s wife, Kim; son Brien; daughter Anna and son-in-law Bradley Brewer, and his 1-month old granddaughter Juniper. Paul’s office was always filled with photos of family, and he welcomed his family to Cypress events such as Detroit Tigers games and the company’s Christmas luncheon,” the announcement states.

Ahern viewed Cypress and the security industry as an extension of his family. Brien Ahern, Paul’s son, says, “It can’t be stated heavily enough how much he adored everyone at the office, the people he worked with, at home or on the road. Every car ride I’d be in with him, even if it was only 30 minutes, at least one person was called, or called him to talk about life and family. He went out of his way to make sure everyone was looked after with the highest selflessness.”

The announcement continues, “We will miss Paul tremendously. We know Paul would expect us to carry on in his absence and will strive to continue to prioritize and care for our customers, representatives, industry friends and our Cypress family and community. ... We are grateful to all who kept Paul in your thoughts and prayers over the last few months."

In lieu of flowers, donations may be made in Paul’s memory to the Uchee Pines Institute of Seale, Alabama, here. For those who wish to send flowers, The Flower Shop may be reached at (734) 425-5353.