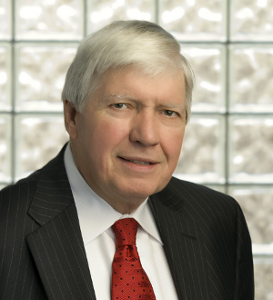 After twenty-two years with ADS Security (ADS), Nashville, Tenn., Mel Mahler announced his retirement and has stepped down as chairman and chief executive officer. Mahler has assumed the role of chairman emeritus. John Cerasuolo, president and chief operating officer of the company since 2008, will assume the role of chief executive officer. Cerasuolo will continue to serve as president. Bill Hunt, president of Elmhurst Corporation, the majority partner of ADS, will assume the role of chairman.

Mahler noted he will still be involved in "our great industry" by remaining active within associations such as CSAA and SIAC.

“I have valued my relationship with Bill Hunt and the Elmhurst group since we became partners in 1991,” said Mahler. “It is very unusual for an investment partner to stay committed to a relationship for that many years and they are more committed today than ever. It was a moment of faith when they joined me as a partner since I had a very short track record in the electronic security industry at that time. I am pleased with the accomplishments of the senior team at ADS and am proud of the fact that I was responsible for hiring each of them. John Cerasuolo is ready to assume the role of CEO. The company is in good hands.”

Hunt said, “We are grateful for Mel’s vision and leadership during the past 22 years. He built the company from scratch to make ADS a leader in the security industry. Not only has Mel been a tremendous asset for ADS, but his leadership in the industry has also been exemplary. We will miss Mel’s leadership but we are also excited about taking the next step in the leadership transition plan that we started five years ago with John Cerasuolo.”

Cerasuolo expects to continue strategic acquisitions to grow ADS, which operates in seven states and fifteen markets in the Southeast. Advanced technology will also play a critical role in the company’s growth.

“Technology is changing the way we serve customers in the security industry and ADS is well-positioned for the future,” said Cerasuolo. “We will continue to acquire quality companies across the Southeast and introduce new technology. We expect 2012 to be a record year for revenue and growth.”

In conjunction with the leadership changes, the company also announced that it had increased its line of credit with Bank of America from $25 million to $40 million.