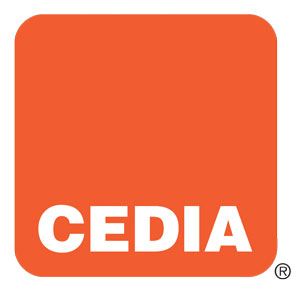 Starting off the new year can be an opportunity to look at ways to change your business strategy and make changes to start the year off right. Maybe it’s time to hire some new employees, or maybe you are going to resolve to keep better track of your financial statements. Something to consider as you plan for the year ahead is how your company will work in the residential market in 2013.

The residential market shows potential for sure, and most of you have already started working in it, dabbling in the easier, entry-level projects. CEDIA’s annual market research report, “Size and Scope of the Residential Electronic Systems Market in the US©,” found some key growth areas for security professionals.

In the United States, just about every home and business has lighting and basic control thanks to the standard electrical switch. Relatively few, however, have automated lighting control systems. That small number is steadily increasing as costs decrease and more people learn the advantages of lighting control.

From a host of dimmers that automatically turn on in the evening, to a set of security lights that not only turn on when someone walks through the yard but alert the homeowner with an audible warning, complex lighting control systems are becoming more common.

Most of you are probably familiar with running distributed video for surveillance purposes. In many cases analog technology is being used, which is vastly different than video being transmitted throughout the home for entertainment purposes. Content from a high-definition cable or satellite box or Blu-ray player must maintain the highest quality possible. In order to accomplish this, the signal must stay uncompressed, which requires large amounts of bandwidth. The result is that distribution of this higher quality video content is most commonly done over HDMI, which is significantly more complex in its implementation than the other technologies. HDMI requires two-way communication, content encryption, and has much more stringent length specifications — just to name a few of the additional details that need to be considered in order to implement it successfully.

With a properly designed and installed distributed video system, clients can enjoy all of these sources without having to see them, and be able to route any source to any room on demand.

As a security professional you may have some experience with basic control functions as they relate to locking the front door or setting the system from a mobile device; however, integrating an entire system can be quite complex. Instead of individual devices working independently, an integrated system takes those devices and multiple sub-systems and programs them to be controlled by a master home automation controller. With systems integration and control, clients can perform elaborate functions from across the house or from the other side of the world via the Internet. From mobile devices, one button press lowers the blinds, turns on the fireplace, dims the lights, heats the spa, and turns on some romantic music.

Diving head-first into these types of projects can be a risky move. Luckily CEDIA has assembled some of the best resources to help you get started working on the residential side. The CEDIA Technical Reference manual is a recommended in-house guide for technicians, designers, business owners, and sales representatives. The book serves as a go-to reference for all staff members to ensure projects are done correctly and the best possible customer experience is provided.

Each chapter addresses a specific area of the industry and presents the information in a clear, concise manner. The Second Edition of the Electronic Systems Technical Reference Manual is now available through the CEDIA Marketplace at www.cedia.net/marketplace and is priced at $99 for CEDIA members and $149 for non-members.

The aforementioned conversation that has to occur between devices is actually called the HDMI initialization sequence (commonly called “handshake”) and the first step in this sequence is known as “Hot Plug.” Hot Plug is a +5v signal sent between the source and display, acknowledging that they are connected to each other. This is the wakeup call telling both devices to begin sharing information. If the +5v Hot Plug pulse does not occur, or attenuates to the point of being below the threshold voltage, then you basically get nothing. Game over — go directly to troubleshooting; do not pass go, do not collect picture or audio.

The second step in the initialization sequence is known as the Extended Display Identification Data (EDID) standard. It was originally developed by the Video Electronics Standards Association (VESA) to support plug-and-play functionality within the computer community. The idea is that by having a display share its formatting/processing capabilities with the source, a consumer would always experience the highest-quality video and audio within the system’s capabilities. While fantastic in theory, manufacturers have struggled somewhat with implementing EDID correctly across all products since its adoption within the consumer electronics space. Because a display’s EDID is responsible for instructing the source on how to format and send the A/V information, incorrect communication may cause all sorts of seemingly odd anomalies — stereo instead of multi-channel audio, wrong aspect ratios, incorrect colorimetry, lower-than-optimal resolutions, or even no video/audio at all. It is important to note that the complexities of EDID processing increase exponentially when using HDMI splitters or matrix switches connected to multiple displays with differing EDIDs.

The final step in the “handshake” process is copyright authentication, also known as High-Bandwidth Digital Content Protection (HDCP). I have often heard it affectionately referred to within the industry as “Hollywood’s Defense against Chinese Piracy.” HDCP was developed by Intel as a copy-protection scheme requiring key exchanges between authorized devices before allowing content to be viewed. While this may seem perfectly reasonable and easy to execute on the surface, there are multiple factors that contribute to authentication failures within a significant number of HDMI systems.

First, even though HDMI v1.0 was officially launched in 2003, no HDCP compliance testing specifications existed until 2006. Second, the HDMI specification allows for up to 127 different “key” values per device; yet, many manufacturers assume their source device will be connected to only one display, and therefore implement a measly one to three keys. This can be a major problem if you are sending the signal from that source to multiple destinations. Unless the splitter/matrix switch you’re using has the ability to monitor and enforce HDCP compliance internally, when more displays are connected than there are keys for the source to hand out, you will typically end up with either the “flashing screen of death” or a beautiful image of the environment described by Edgar Allen Poe in the “Pit and the Pendulum.” Lastly, it is possible for manufacturers to issue firmware updates affecting the way HDCP is handled by their devices and these updates can break a system of devices that were previously working together quite well.

While this exercise of peeling back the jacket to expose the internal workings of HDMI may not have been quite as exciting as watching an everyday object transform itself into a walking, talking, superhero robot, hopefully it has given you some ideas about how to be successful when dealing with the complexities of today’s most popular digital video transmission medium. Armed with this knowledge (which is almost as cool as being armed with a plasma cannon, right?), it is now your job to go out and provide your clients with systems of the highest quality and reliability.

To learn more, check out the CEDIA Marketplace online or use the CEDIA app on your smartphone to find our white paper series on HDMI. Be sure to keep an eye on the CEDIA calendar of events for in-person and hands-on training sessions, including the Home Theater Boot Camp and HDMI Workshop.