Wholesale central stations often are on the cutting edge of technology and business innovations, and can be a valuable source for training and other resources. SDM checked in with some of the nation’s leading wholesale monitoring companies to find out about their latest advances in these areas. Here’s what they told us.

The first product is a new Wi-Fi IP communicator from IPAlarm Ltd. What makes this IP communicator stand apart is that it will be able to re-transmit virtually any type of alarm format and offers a remote arm and disarm feature via a smartphone app. The communicator is plug-and-play so the alarm panel connects using a modular plug from the Tip and Ring output. It includes a LAN port and built in Wi-Fi for ease of connection. The dealer cost is $1.50 per month. 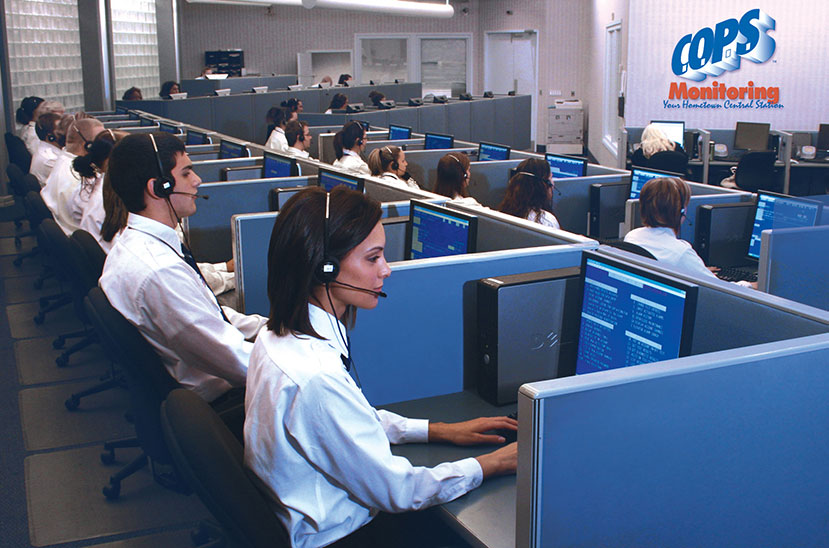 Operators at any COPS Monitoring location can answer calls from any other COPS central station, enabling prompt response even during an emergency. Photo courtesy of COPS Monitoring

This year, COPS integrated its Maryland central station with its other locations. As a result, the company believes it operates the biggest network of hot-redundant and load-sharing monitoring centers in the industry. This helps to ensure fast response times by delivering alarms to the first available operator across all six sites in real time and helps to maintain response times during emergency situations. The company plans to increase its dispatcher staffing by approximately 120 positions in 2018 to accommodate growth and new planned services.

COPS is also in the final planning stages of upgrade and expansion plans at its New Jersey central station and headquarters, which will begin soon. The company’s New Jersey footprint will be increased 25 percent in 2018.

EMERgency24 notes that its technical department is constantly developing new services that can be deployed to increase end users’ safety, while also increasing dealers’ recurring revenue.

The company’s mass notification platform, Incident Command and Communication, continues to evolve. This software-as-a-service, which works with any alarm hardware, now includes post-emergency functionality whereby people who are notified of severe situations can check in to affirm they are OK or request emergency help. The message recipients are GPS tracked so responders can locate them more easily. Additionally, once a person checks in as OK, this can trigger notification to that person’s customized “party list” so that family and friends can be notified of the check-in.

Incident Command and Communication allows alarm dealers to monetize the building population, which is a new revenue stream.

MONI recently introduced a new platform that allows customers to verify false alarms with the company’s emergency response center via their smart device or computer. Through this patented ASAPer technology, MONI resolves alarms up to 10 times faster than the industry average, according to the company. Customers and their emergency contacts are notified immediately of alarm events via text on their mobile devices.

Once the initial notification is sent, emergency contacts join a live chat with one click so that everyone involved can coordinate on response. This group functionality makes verification easier, faster, and more efficient. Through ASAPer, MONI is communicating with customers in the way that is best for them — through text, chat, email or call. All emergency contacts can connect with the MONI central monitoring station so that the alarm can be confirmed or canceled quickly and directly.

As a wholesale monitoring center, NMC believes it is positioned to see the melding of these two worlds and to use that as a basis for delivering superior monitoring service nationwide. The company’s partnership with RSA, a company focused on business-driven cyber security, is an example of addressing the challenges of a multi-site, complex, and sprawling IT infrastructure with a system that complements and enhances NMC’s own three-factor authentication physical security process.

NMC’s growing understanding of the benefits and threats of convergence has created a desire to educate others within the industry, which the company will provide for its dealers in the form of webinars and other collateral.

Additionally, NMC believes demand for video monitoring will continue to grow as more end-users become aware of the technology. Because of this, the company’s own video monitoring capacity continues to grow. 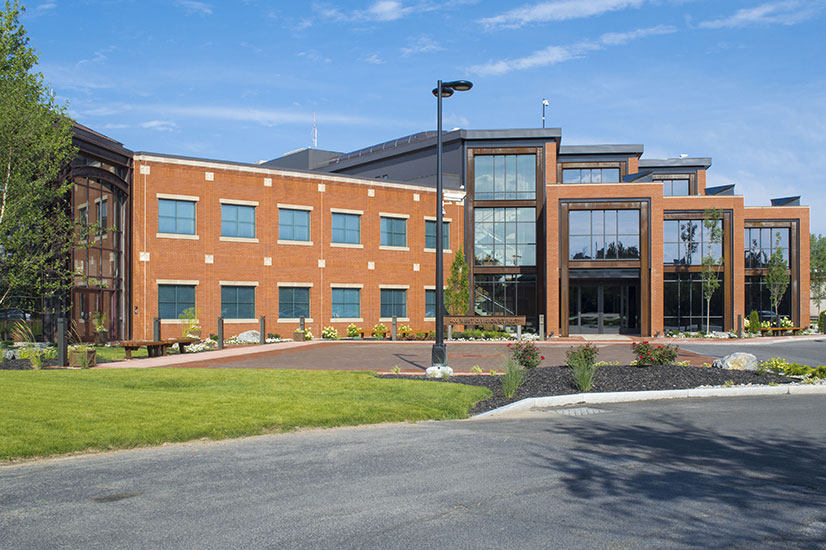 The ability to quickly integrate with other systems, providers, dealers and technologies and to scale the results has reached a critical level of importance in the security industry. It has become commonplace for daily integration work to be performed. Through close work with industry partners, efficiently creating custom integrations has been a key focus for Rapid Response Monitoring over the past year.

How customers communicate with the central station also is seeing changes. Recently, 70 percent of all alarm response calls have resulted in the monitoring center leaving a voicemail. But Rapid Response has found that today’s consumer prefers direct communication through SMS or apps. Through custom integrations with companies such as Alarm.com, Rapid Response has established streamlined API connections that allow dealers and customers to manage account data directly in real-time and to resolve false alarms through in-app cancel functionality. Rapid Response’s in-house software development team has also released enhanced notification options including bi-directional SMS, push notifications to smart device apps and secure group chat.

The company also is nearing completion of its “Rapid East” headquarters enhancement project, which brought the facility to 75,000 square feet and implemented advanced technology. An expansion to “Rapid West” recently began and will bring the full-load capable, redundant facility to 35,000 square feet. The facility will include a state-of-the-art dealer and vendor training center, an enhanced employee training area and an expanded monitoring center.

As part of an overall initiative to improve the customer experience, the new gradation program also includes a higher level of quality assurance, with operators being continually graded on performance and receiving immediate feedback. The program goal is quality, and an ongoing tiered training program means that only the best dispatchers continue to make it through. Rather than focusing on speed of dispatch, the focus is on the customer experience with operator empathy and listening being the key elements of the training.

UCC also just joined forces with ItsPayd, an automated collections company that utilizes text messaging and emails to collect past due balances from an alarm company’s customers. UCC’s alarm dealer customers get a discounted rate for ItsPayd services.

UCC continues to be very active with its “Grow Your Business” (GYB) series of workshops in different cities, or in some cases through on-site visits with UCC’s dealers.