Here are seven of the most influential trends affecting central stations and their customers. 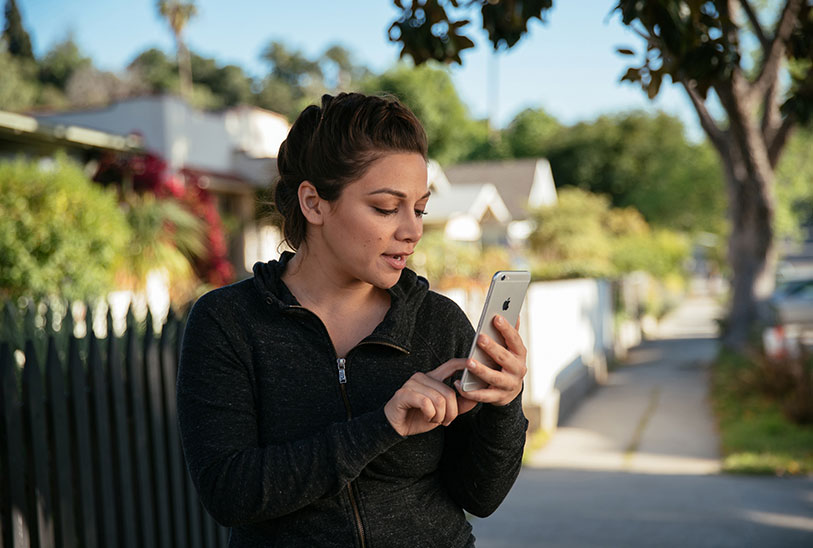 Becht points to the app that Vivint provides end users as an example. By using the app, customers can address billing and equipment issues without having to call the central station — capabilities that more and more people are demanding.

Des Plaines, Ill.-based wholesale central station EMERgency24 uses its app to give end users the ability to filter out false alarms from video cameras. For example, a camera installed at the front door can be set up to automatically send images to the homeowner when motion is detected. The homeowner can then review the footage to determine whether it is a real emergency requiring central station involvement — such as someone stealing a package — or whether it is a false alarm.

Some central stations, including the one operated by Davenport, Iowa-based dealer Per Mar Security Services, are encouraging the use of text messaging to handle routine communications with the central station, such as low battery signals.

“We want it be the case where when a customer gets a phone call from the monitoring center, they know it’s an emergency and they don’t get sick of getting phone calls for little issues that pop up from time to time,” says Brian Duffy, Per Mar Security Services president.

For example, the operator may hear glass breaking in a window before the intruder gets inside the facility. Audio detection also may be helpful in detecting what Shiver calls “unconventional break-ins,” such as when an intruder enters a facility through a wall or ceiling.

“When one of our operators receives one of these alarms, we’re able to coordinate with first responders and say, ‘We heard glass breakage, we see a male inside the building or heard pounding and crashing and we hear voices.’”

3
Artificial Intelligence Could Be a Game Changer

Artificial intelligence (AI) already has come to the security industry in the form of video analytics designed to detect “left objects” and the like; but even more powerful capabilities could be coming. 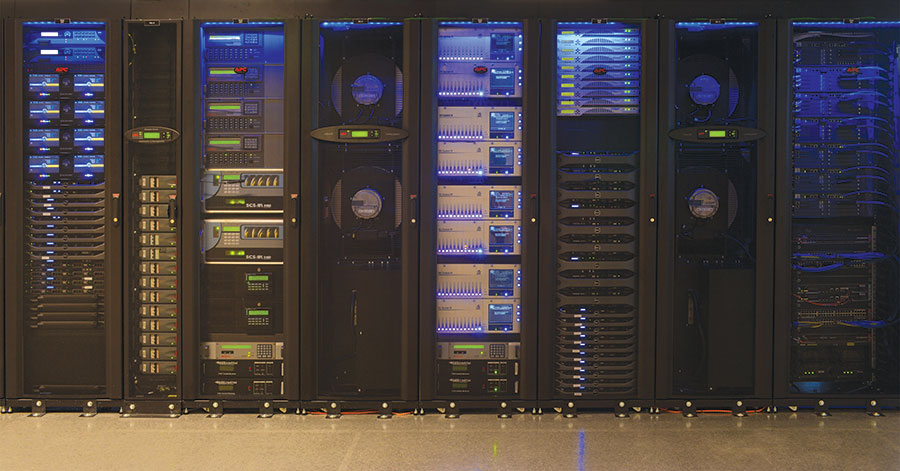 In the future, artificial intelligence could enhance a central station’s ability to appropriately respond to alerts by drawing on a wide range of data and information sources. (Photo courtesy of Rapid Response)

Audio verification is one form of security that could be enhanced by AI, notes Alain Jamet, general manager of Pensacola, Fla.-based wholesale central station SentryNet. “Artificial intelligence learns as you go,” he explains.

He cites the hypothetical example of a generator that kicks on at 2:00 every afternoon. A system with AI will be able learn that and, with appropriate safeguards, will know not to send an alarm signal every day at that time.

Morgan Hertel, vice president of technology and innovation for wholesale central station Rapid Response Monitoring Services, Syracuse, N.Y., sees the next level of AI coming to the security industry, thanks to increased involvement in security on the part of technology giants such as Google and Apple.

“What you’re going to see is the use of artificial intelligence to look at everything . . . and come up with more realistic threat levels,” Hertel predicts.

The large technology pioneers may have access to information that can create a more complete picture of what is going on with an individual household. For example, such companies may know where family members’ mobile phones are located at any particular time and where family members are making credit card purchases. These companies may already know the temperature setting on the home’s thermostat and, in the future, may know what the washer and dryer are doing.

If the washer and dryer haven’t been used for two weeks and credit card charges are being made in France, a good artificial intelligence engine would be able to look at that and know you are out of the country and that knowledge can drive what dispatch and response looks like, Hertel explains.

Hertel predicts that some central stations may have capabilities such as these within the next five years. “All the major players are looking at that,” he says.

Some central stations are rethinking their approach to diversification.

“In the past few years, we’ve seen monitoring companies diversifying by opening redundant facilities with the goal of improving reliability and providing business continuity in the event of a catastrophe at one of their locations,” comments Jim McMullen, president and chief operations officer for Williamstown, N.J.-based wholesale central station COPS Monitoring.

Two sites alone may not solve the problem, however, according to McMullen. “From a technology standpoint, two sites are better than one by providing a backup path for alarm signals, assuming they can back each other up in real time. However, operating two sites actually creates a problem with staffing.”

The problem is that if something happens to one site, 50 percent of a company’s staff can’t handle 100 percent of its alarm traffic and still provide life-saving response times.

COPS Monitoring’s solution was to operate six hot redundant and real-time load sharing central station, McMullen explains. “Since 2004, each time we added a location to our network, we diversified our staffing and further reduced our reliance on all other locations. Not only is our technology deployed across multiple sites, an average of 16.7 percent of our staffing is diversified across all six of our nationwide locations.” If one central station experiences a local event such as a blizzard or flooding that prevents operators from getting to work, employees at other locations can back them up, McMullen says.

One of the big technology trends this decade is a move to the cloud. More and more applications are moving to remote data centers with the goal of gaining enhanced security and greater flexibility — and that trend is touching the security industry as well as many other businesses.

One wholesale central station that has embraced the cloud concept in a big way is American Digital Monitoring of Kirkland, Wash. The company has seen major benefits from moving its receivers and automation system to the cloud, says Tom Reed, vice president of sales and operations for the company.

“I work out of a home office and used to have to VPN into one of our offices to get onto the automation platform,” Reed says. “Now that it’s in the cloud, I can log in from anywhere.”

The shift toward the cloud also has simplified staffing and expansion. “We can throw up a center in Nashville or Dallas without putting in a lot of infrastructure,” he explains.

The cloud also has made customer relationship management more affordable.

To gain maximum benefits from CRM systems, however, dealers need to ensure that their system can interoperate with their wholesale central station.

“The ability to integrate is almost a must,” comments Teresa Gonzalez, president of the United Central Control brand. “CRM is the single point people can utilize to manage their database.”

UCC integrates with several CRM systems, so that both systems can be populated simultaneously when data entry is made.

The number of dealers with CRM systems integrated with UCC increases every year and CRM has become a virtual necessity for dealers with 500 accounts or more, Matlock observes.

Traditionally, end users had little or no knowledge of the wholesale central stations that monitored accounts on behalf of the dealers that installed the users’ systems. But some central stations see that changing.

“There’s no reason we have to be as invisible as in the past,” comments Mark E. McCall, vice president of operations and new business for Statesville, N.C.-based wholesale central station Security Central. “We can have a brand presence out there.”

The dual branding was important so that end users know they can contact Security Central in the event they have an issue involving the app, he explains.

Security Central also is creating home automation packages that dealers can present to the end user, says Caroline H. Brown, vice president of sales and marketing for Security Central. Brown sees these packages as a mean of giving Security Central more opportunities to interact with the central station, which in turn will, she says, “create a better relationship so the customer relies on us as well as the dealer.”

Clearly the central station industry is embracing new technology and has considered the broader impact that technology can have on their business, causing them to rethink everything from staffing to branding. Central stations also will want to keep tabs on developments in other industries involving technologies such as artificial intelligence and the cloud, as it’s also clear that such developments are likely to have an ongoing impact on the central station business.

On the Cutting Edge in California

California has a reputation for being on the cutting edge — and one example of that is the state’s liberal cannabis laws. While those laws largely decriminalize cannabis use, they also create strict security requirements for cannabis suppliers, as Ken Gresty, business development executive for Huntington Beach, Calif.-based wholesale central station General Monitoring Services (GMS) explains. 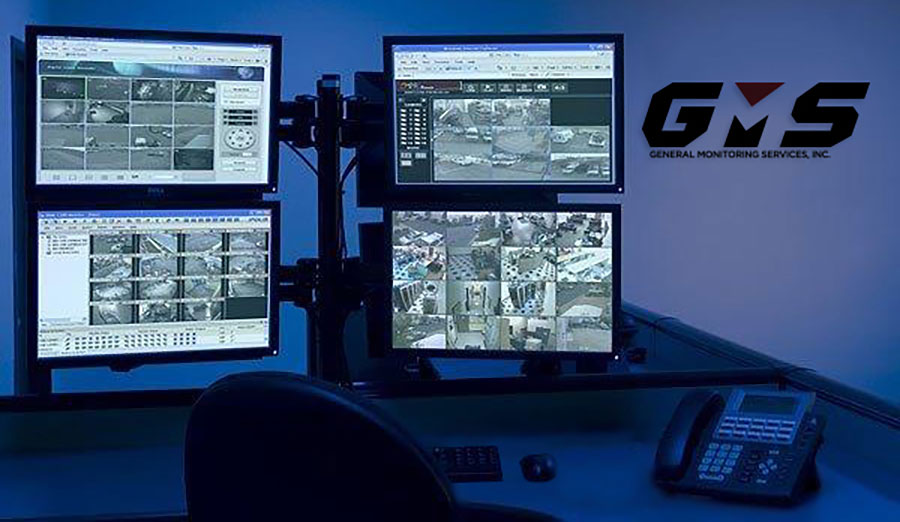 “If you have anything to do with cannabis, you have to have three things integrated — intrusion, video surveillance and access control,” Gresty explains. Importantly, monitoring must be done by a third party — a requirement that creates opportunities for central stations in the state.

The business may not be for everyone, of course.

“Central stations can look at it,” Gresty says. “Here’s a profit area. However, we have to make sure we have in place certain guidelines and requirements.”

Potentially the robot could have a built-in camera, minimizing the need to install stationary cameras. Another idea might be for the robot to have some “non-lethal deterrent” such as pepper spray that could be controlled by the central station operator, Gresty suggests. Alternatively, he says, the operator-controlled robot could squirt a liquid at an intruder that could give law enforcement the ability to gain information about the intruder’s DNA. 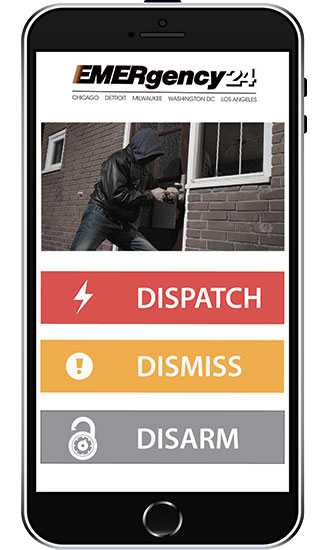 EMERgency24’s filtered response service sends a video clip of trigger events to subscribers’ cellphones and they use an app to indicate if the central station should dispatch or ignore the event. (Photo courtesy of EMERgency24)

Unfortunate but true, one new opportunity for central stations is monitoring for active shooter situations. Wholesale central station EMERgency24 has been a pioneer in this area and continues to upgrade the service it offers for schools, businesses and other end user organizations concerned about minimizing the impact that a potential active shooter might have.

“We now allow people to send their location or check in,” explains Kevin Lehan, Wisconsin branch manager for EMERgency24.

Employees of a protected business can use an app to check in and when they do so, the app asks if the person is OK or needs help. GPS tracks where the person is located.

Another capability is to match people up against a roster. “If 98 of 104 check in, you can bounce [that information] against a roster” and then try to determine where the remainder are located, Lehan explains.