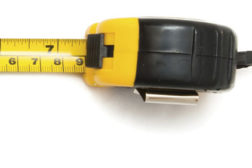 Selecting cameras for license plate recognition (LPR) starts with the choice between LPR-specific cameras or non-LPR network cameras. SDM examines five differences between them that should be considered.
Heather Klotz-Young
In the past, if you wanted to compete for a project in license plate recognition (LPR), you were restricted to quoting camera systems specifically designed for LPR applications. However, as general network cameras have continued to advance, it has opened up the possibility to use them for LPR functions.
Read More
Subscribe For Free!
More Videos