Municipalities have experienced staffing difficulties over the last 12 to 24 months and some police departments are operating with a skeleton staff, notes Victoria Ferro, president of Kissimmee, Fla.-based software supplier Micro Key Solutions. As a result, some municipalities are requiring or considering requiring central stations to report alarms via ASAP-to-PSAP.

The Monitoring Association (TMA) handles connections to individual PSAPs. Central stations that connect to TMA automatically have connectivity to each new PSAP that TMA brings on.

On the Horizon for Central Station Software

What new capabilities might we expect in central station software moving forward?

As Evetts explains, AI can be very helpful in eliminating false alarms by distinguishing between a human intruder and an animal or other entity. AI sometimes resides in the video equipment and sometimes in the central station software — and the industry has yet to resolve the optimum solution, which may combine elements of both approaches, Evetts says.

“The management of video alarm traffic needs to be dealt with on the front and back end,” Evetts adds. “You need the right software video analytics combined with a small footprint of AI. It still takes a lot of processing power to do this on the front end so you can’t go as far as the technology allows today in an affordable manner. Eliminating AI on the front end is the ultimate goal [when] the ability to clean up on the back end is viable. You can’t spend on both for your entire portfolio. You have to optimize what you’re doing on the front and back end.”

“In retail and convenience stores, it will be normal for the clerk to wear,” Brown predicts.

Some central stations are beginning to connect directly with the police officers responding to alarms, says Chris Brown, CEO of Tampa, Fla.-based software supplier Immix. The Immix software has the ability to send a video clip associated with an alarm to the officer as a hyperlink that can be opened on any device that can access the internet.

“Some of them open it on their cellphone; they want to see what the perpetrator looks like,” Brown says of the responding officers.

Central station operators can advise the officers if, for example, additional perpetrators are seen, enabling the police to dispatch additional officers if appropriate.

Central stations often have great relationships with local police and find that the police are very open to adding this capability, Brown says.

Anderson, S.C.-based central station Blue Ridge Monitoring has seen a rise in end user accounts that rely totally on video for protection, notes Marc Winton, central station manager for the company. These systems typically leverage video analytics to detect events such as a line crossing or an object in field of view or a left-to-right crossing.

Each type of event can be uniquely reported, and operators can quickly review the video and report a verified alarm to first responders, Winton explains. 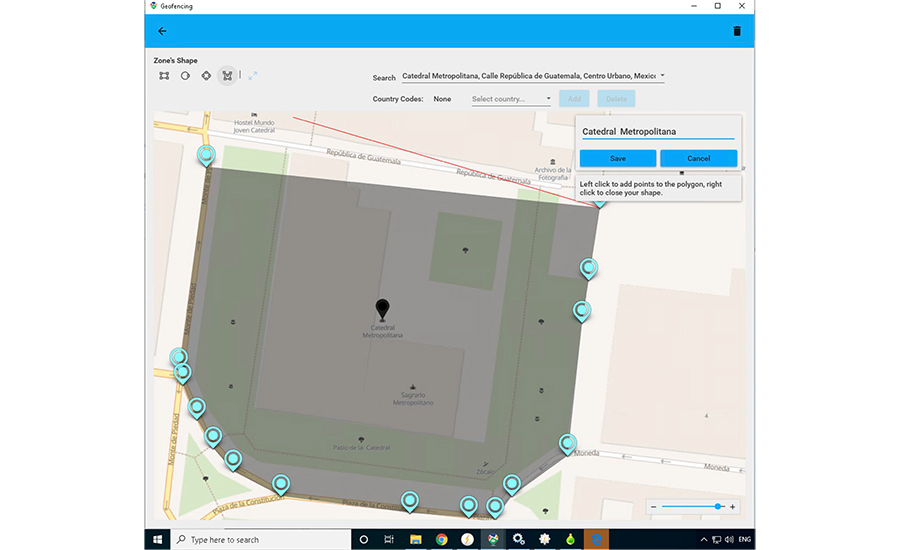 The integrations eliminate the need to do double data entry when setting up a monitoring account. Instead, both systems automatically receive the account information when an account is established, explains Clint Wolford, technical services manager for Comporium.

As police in some municipalities scale back on responding to alarms, some communities are beginning to rely on guard services to respond. And as Micro Key’s Ferro explains, “The monitoring center has to be able to pass signals to the guard service, not 911.”

This is a capability some vendors have added to their software.


Phone Lines no Longer Allowed for Fire Signals in Some Areas

Instead, systems are required to use IP and wireless communications. In some other areas, phone lines can be used but not as the primary form of communications, Brackett explains. Central station software must be able to accommodate these various requirements.

Some central stations, including Comporium, are also moving telecom systems to the cloud, and as Wolford notes, that allows Comporium central station operators to use softphones on laptops. During the pandemic, this meant that operators could relocate where needed to maintain a high level of operational excellence, Wolford observes.

Virtual Guardian remote video monitoring services are not just about keeping out the bad guy, Tague says. “We can manage components of [customers’] businesses; we become part of the team.”

For example, Guardian operators use a video link to monitor goods coming off a railway car, eliminating the need for the client to use an employee to handle that task.

Guardian also has installed security on rooftops to protect against the theft of HVAC equipment mounted on the rooftop.

Central station software continues to become more versatile with the help of AI and the cloud. Central stations are finding creative and lucrative ways of using the powerful capabilities that the software provides.

Distributor Training Options Are Broader Than Ever