Central Security Group (CSG) announced Richard Ginsburg, former Chief Executive Officer (CEO) of Protection 1 and Guardian International, has been named CEO and a member of its board of directors effective immediately.CSG is ranked No. 14 on the SDM 100.

“I am extremely excited to lead the talented CSG team as well as partner with the hundreds of CSG authorized dealers across the United States,” said Ginsburg. “The increased consumer demand in home automation and security services makes this an ideal time to take the well-positioned CSG platform and expand within this ever-changing and evolving market. The opportunities for the CSG team moving forward are exhilarating.” 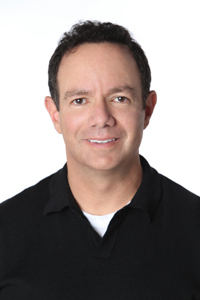 With more than 25 years of leadership and operating experience in the security and home automation space – and most recently leading one of the largest operating restructurings in the industry – Ginsburg will bring his proven track record of service, innovation, strategic execution, and value creation to CSG, according to a prepared announcmeent released by CSG.

Founded in 1999, CSG partnered with growth equity investor Summit Partners in 2010 to help expand its dealer network and grow its subscriber base. Today, CSG is the 8th largest security monitoring company in the United States (ranked by residential subscribers), according to the SDM 100. Among CSG’s assets are Guardian Security, a monitoring and customer care center in Tulsa, and a branch network throughout the Sun Belt.

At Protection 1, Ginsburg led a transformation of the company and built its industry-leading position, in part, by energizing the employee base at all levels; creating operating efficiencies; cutting attrition dramatically; becoming the first national monitoring company to offer interactive security services; and launching a commercial national account business, according to the announcement. Under Ginsburg’s leadership, Protection 1 grew to become the second-largest security company in the industry, and in 2010, the company was acquired for nearly $900 million. Prior to Protection 1, Ginsburg was CEO at Guardian International, a company he founded at age 24. He most recently served as a managing director at G3 Capital Partners, an early-stage investment company.