Like most businesses, security dealers rely on business operations software to handle tasks such as billing and accounting. There is no other business quite like the security business, however.

Certain unique requirements of the business have driven the creation of software packages designed specifically for security dealers. And just as there’s an app for just about anything consumers would want to do with their smartphones, there is business operations software for just about any task security dealers might need to handle as part of their ongoing operations.

SDM talked with several security dealers about their recent experiences with business operations software designed specifically for the security industry. Technologists often use the term “secret sauce” to describe unique and powerful capabilities they have developed — and that term is a good description of how some dealers feel about certain business operations software.

But as Romano Clark, First Alarm’s Monterey branch manager, explains, the software didn’t do everything the systems engineers would have liked it to do: “It was designed for general construction; we wanted something geared to security,” he says.

Clark, who was the systems engineering manager at the time, found Austin, Texas-based System Surveyor through a Web search and used System Surveyor’s demonstration software for a month, designing several small systems on it. When Clark was working on an 80-camera system that the demo software wouldn’t support, he upgraded and was pleased with the results.

“I started handing maps out that looked great,” recalls Clark, whose next step was to purchase a license for the software, which First Alarm deployed across five branches. The software’s security dealer-specific capabilities include showing the field of view for cameras and the distances that motion detectors will cover.

Getting First Alarm systems engineers to use the new software was no problem, Clark recalls. “Everybody wanted to use it; it sold itself,” he says. 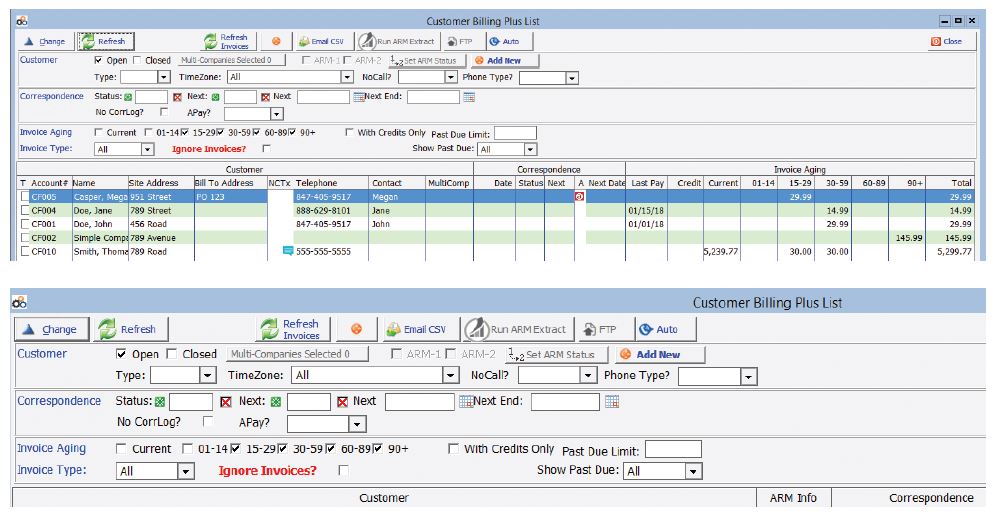 A few years ago, Property Protection Consulting (PPC) of Trumbull, Conn., had one employee who was dedicated to bill collection. But as the company grew, so did the workload.

“We outgrew what one person could do in a day,” explains Nick Santarsiero, PPC owner.

That turning point about two year ago drove the company to consider switching from its existing billing software, which was of the general-purpose variety. The search led PPC to Fox Lake, Ill.-based Cornerstone Billing Solutions, which offers billing software designed specifically for security dealers to simplify the task of billing for recurring monthly fees. In addition, the software came with a human component. Cornerstone provides collection services for security dealers that use its software.

PPC chose to use a cloud-based version of the Cornerstone software, which saved the company a large upfront investment. Santarsiero also likes the fact that employees can log onto the system from their smartphones and customers can change certain information through a Web portal. For example, customers can change from monthly to quarterly billing through the portal. In the past, they would have had to call PPC and an employee would have had to make those changes.

Another central station automation system supplier that has branched out into other areas is Bay City, Mich.-based DICE Corporation. One of the latest additions to the company’s offerings is a fire inspection module designed to simplify and enhance the inspection process. 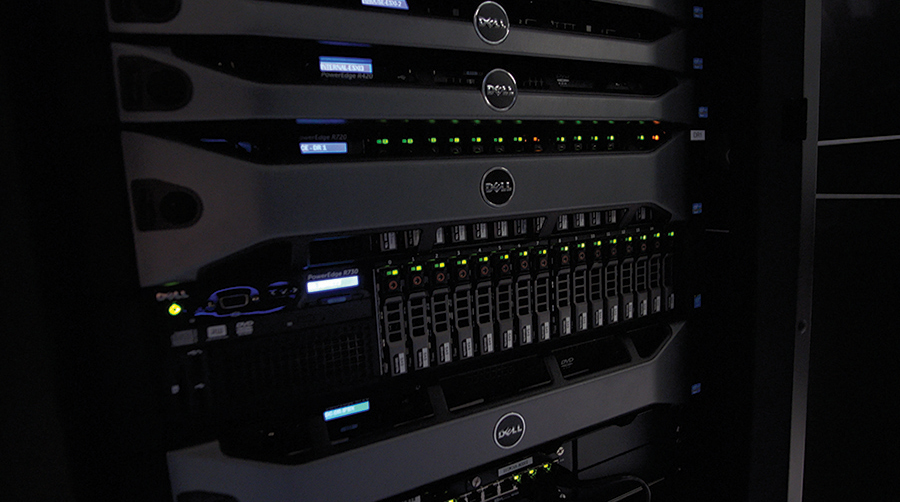 TriStar dealers will be able to use the fire inspection software to go in and get account information from the automation system, Leblanc explains. “The points are already there. They can do the inspection and email [a report] off to the inspector.”

The fire inspection software, like other DICE software that TriStar uses, will be cloud-based. (See “to Use the Cloud or Not to Use the Cloud?” on facing page.)

Currently, employees at Atlantic Coast place orders for some equipment over the phone. When the equipment arrives, the employee who ordered it gives Frugoli the packing slip and she has to enter information from it as a bill. The inventory system will eliminate the need to do that. Instead, devices that the company uses for its installations will be entered into the system for easy re-ordering.

“It will be more of a chain to where it goes from ordering to checking in to transferring it over to a bill,” explains Frugoli, who also expects the system to make it easier to find devices in the warehouse.

In addition, the system will keep track of how many units of a specific device are on hand, helping to prevent Atlantic Coast from running out of those devices. 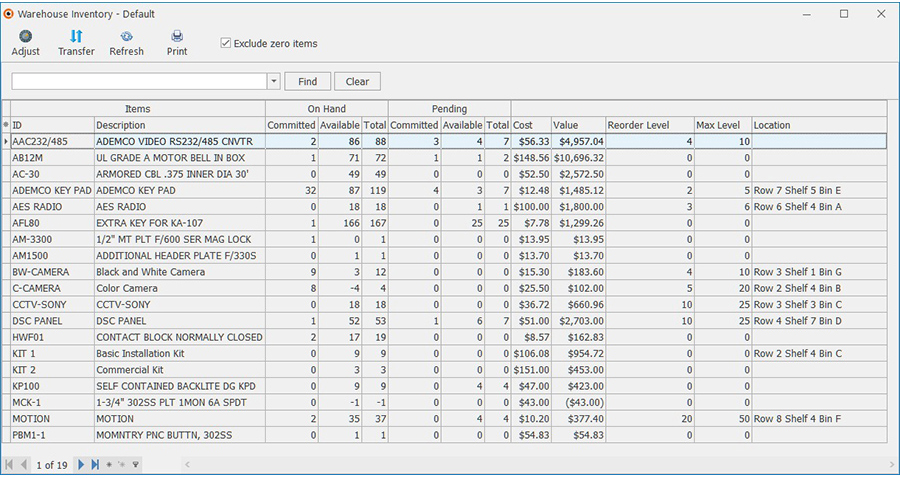 Clearly, the security industry is seeing continued innovation when it comes to operational software.

Adopting the right innovation at the right time could give dealers capabilities that — like a restaurant’s secret sauce — keeps customers happy and coming back for more. n

Although it may seem like there is software on the market to handle just about any task a security dealer might need to undertake, some dealers prefer to develop some software in house.

The company had found a supplier for that type of software but didn’t like the recurring fee of $20 per month per technician, recalls Dave Erickson, Guardian Alarm Systems chief operations officer.

“We have a programmer on staff and tasked him to develop it,” Erickson explains. The programmer created a website that authorized users can access via a smartphone.

“It looks like an app on their phone,” Erickson adds. “We optimized it for a phone.”

The software includes blank fields that technicians fill in. “It pulls data out of the automation system and pushes it back in,” Erickson explains.

Another advantage of developing the software in house is that the company has control of the functionality that it provides.

A key trend impacting businesses of all types is the move of software to the cloud — and the security business is no exception. Many software developers have cloud-based offerings targeting security dealers, either in addition to or in lieu of software designed for dealers to operate from premises-based servers.

One security company that has embraced the cloud in a big way is wholesale central station TriStar Monitoring.

When TriStar President Tim Leblanc decided to start the company in October of 2012, he had a target date to have the company operational in early 2013.

That target date could be more easily achieved using cloud-based software — a realization that drove Leblanc’s decision to use cloud-based central station automation and accounting software from DICE Corporation to support his business.

“It was up and working within 30 days,” Leblanc recalls. Purchasing his own receivers and setting them up would have taken considerably longer.

In addition, “it saved a ton of money — probably around $300,000,” Leblanc estimates. TriStar also saves on labor costs because it doesn’t need as large an information technology staff as it would need to support a premises-based system.

Not all security companies are so eager to embrace the cloud, however.

Romano Clark of First Alarm has seen pitches about cloud-based software but doesn’t expect First Alarm to take that exploration further at this time.

“We’re very conservative,” Clark says. “We won’t jump at the next shiny thing and we have no reason to jump.”

Concerns about the cloud may be fading, however.

Dave Erickson of Guardian Alarm Systems says he has no specific concerns about the cloud. Guardian hasn’t moved in that direction, however, because it hasn’t experienced any “pain points” that might prompt such a shift, Erickson observes.

For more on security business software visit the following articles:

Distributor Training Options Are Broader Than Ever

Software For The Security Industry

Software For The Security Industry