Articles by Tim A. Scally 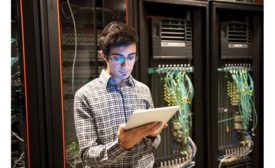 Cyber Reality: How the Security Industry Is Adjusting to the New Normal

Gone are the days when cybersecurity was someone else’s problem. With savvy and tenacious hackers who can use almost anything connected to a network to access systems, and evolving and seemingly implacable threats, just where does the security industry stand on the cyber preparedness spectrum?
Tim A. Scally
No Comments

Cybersecurity is a topic on everyone’s mind. Right now it seems there are more questions than answers, but one thing is certain: the issue is here to stay — cyberthreats are the new normal. 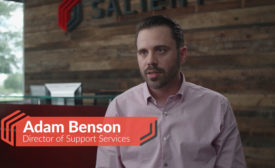 3 Keys to Making Customer Support Work for Your Company

Customer support is an immensely important part of the security industry. 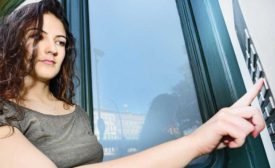 Intercoms have been around for decades with little variation in technology. Recently, however, technological advances, coupled with a drive to secure perimeters in light of terrorism and workplace violence, have made intercoms a key part of a complete security system.
Tim A. Scally
No Comments

Having all the most sophisticated security technology inside a building is important; but a more ideal situation is controlling who enters, and thereby eliminating threats before they even get on premises.

On June 28 and 29, industry representatives and representatives from the educational field went to Washington, D.C., to take part in the Congressional School Safety Caucus, a caucus that SIA along with the Secure School Alliance and several SIA members helped to launch with Congresswoman Susan Brooks from Indiana and Congressman Rick Larsen of Washington for the purpose of spreading awareness about the technology, funding and education needed for safe schools.

The FBI and the Department of Homeland Security issued a joint report detailing malware attacks targeting employees of companies that operate nuclear power plants in the U.S., including the Wolf Creek Nuclear Operating Corporation in Burlington, Kan., according to the cybersecurity firm Tripwire.

Habitec Security, ranked No. 53 on the SDM 100, has acquired three companies: Sentinel Alarm Company of Columbus, Ohio; MetaSECURE, a division of MetaLINK, of Defiance, Ohio; and Central Security & Electronics of Traverse City, Mich. The acquisitions allow Habitec to grow in all three of their branch offices.

A federal appeals court ruled on June 5 that Rothschild Connected Devices Innovations LLC (RCDI) must pay legal fees to security dealer ADS, ranked No. 20 on the SDM 100 and SDM’s 2014 Dealer of the Year, overturning an eastern Texas district court decision that had sided with RCDI in a patent infringement case. 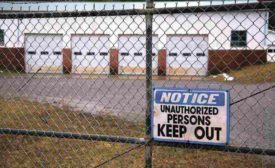 5 Keys to Getting the Most out of Outdoor Security

With challenging landscapes, ever-changing environments, and new and unexpected threats, offering a robust and layered outdoor security system is necessary for any integrator.
Tim A. Scally
One Comment

Outdoor security is rife with challenges and obstacles not faced indoors, and thus resists the kind of repeatable, uniform solutions that can often fit various indoor locations with sometimes only minor adjustments.