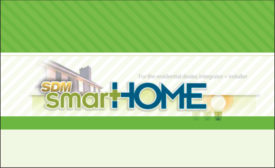 No Comments
The National Association of Homebuilders yesterday announced that nationwide housing starts, led by a steep drop in multifamily production, fell 11 percent to a seasonally adjusted annual rate of 1.06 million units in October, according to newly released data from the U.S. Department of Housing and Urban Development and the Commerce Department.
Read More
Subscribe For Free!
More Videos