Fire alarms are a paradox of the security industry: they are necessary in every building, but we don’t talk about them as much as access control or video verification.

“Safety is one of the most fundamental elements of a healthy building,” says Rick Wolf, detection product manager at Kidde, Mebane, N.C. “A building isn’t required by code to have facial recognition or access control technology to operate, but fire systems are a prerequisite for a building to even be open for occupancy. That’s likely why you don’t see them receiving the buzz you see for other forms of building technology.”

Despite being necessary, many building managers don’t maintain their systems. This simple, small mistake can be deadly and costly.

“Fire is one of those risks that people think, ‘It won’t happen to me.’ But it does,” says Jason Webb, director of industry affairs, Potter, St. Louis. “Fire losses in the U.S. in 2019 were almost $15 billion. Early detection and early notification leads to early extinguishment. There are a lot of ‘risks’ out there, but fire is still the one that has tremendous negative ripple effects on businesses, communities and people.”

Thus, fire detection systems have begun stepping into a new age by applying some of the advances seen in big-player technologies.

The rise of the coronavirus pandemic left many commercial buildings empty due to social distancing or state-mandated temporary closures of non-essential businesses. However, letting inspections lapse leads to a higher risk of a life safety emergency.

NFPA 915, a proposed standard for the 2025 edition of the fire code established by the National Fire Protection Association, would alleviate that challenge by providing guidelines for remote inspections, which — on top of being pandemic-friendly — provide convenience, according to Rodger Reiswig, who serves on the NFPA Standards Council and is a fellow and vice president of industry relations at Cork, Ireland-based Johnson Controls.

“If I’m a fire marshal or building inspector and I want to see how a building is progressing, I don’t have to drive two or three hours to go there,” Reiswig says. “[I can] just fly a drone, send in the footage and we’ll go from there. That has quickly morphed into remote inspection for life safety systems: I know you won’t let me into your building, but can I fly a drone into your building and let it fly and take pictures of what’s going on?

“For our customers, this new trend affords them the ability to do in-building testing from a mobile application and eliminates the need to have two people on site during a test,” Weber says. “This provides them the advantage of reducing labor costs by half.”

Webb adds, “Remote monitoring and automated testing has been a big point of discussion lately. NFPA 72 has had language allowing automated testing for a few cycles, but now has gone into remote access. These changes are paving the way for some really groundbreaking technology in the near future.”

What About the ‘Hamburger Test’?

The “hamburger test” is the slang term for the new nuisance test, now part of both UL detector and alarm standards (UL 268 and UL 217).

It’s called the hamburger test because a frozen hamburger thrown into a broiler replicates the top offenders of nuisance alarms.

“We need devices that are able to detect smoke as quickly as it can,” Reiswig of Johnson Controls says. “But it cannot be over-sensitive where it’s picking up your burning rice or food or a bagel. It needs to be immune to that. That’s going to be in the code probably forever.”

Cybersecurity is a major concern in the physical security industry, and life safety systems are no exception, according to Webb.

“Like other things, it just comes with the territory. As systems become more and more connected, finding better ways to protect against hackers is just part of the conversation. We have been able to overcome other problems; I’m sure we will with cybersecurity. It’s definitely an ongoing conversation.”

According to Reiswig, the first draft of the 2022 edition of NFPA 72 included an entire chapter for cybersecurity requirements. In the second draft, it was put into the annex. But it’s a first step in making fire alarms cyber-secure, he says.

“We’re talking about life safety, but security safety as well.” He says. “The annex is guidance, supplementary material, but not requirements of what to do.”

Despite no official requirements, some manufacturers are implementing their own cyber-secure measures.

“At Kidde, we have a rigorous testing and certification program that every product must go through that is conducted by our internal team of cybersecurity engineers,” Weber says.

“Examples of some of our cybersecurity measures include encrypting cloud data and communication from device to cloud and restricting access to product use to users who are authenticated with valid credentials using a secure channel.”


Fire Alarms: Not Just for Fires

Fire alarms aren’t just for detecting smoke anymore. There has been an increase in the use of smoke detectors that also can measure for carbon monoxide.

In fact, according to Wolf, the most popular detectors Kidde offers are ones that combine smoke and carbon monoxide detection in the same unit, rather than using two separate devices.

“With the [proposed] upcoming code changes, there is going to be a demand for products like ours that are backwards compatible and capable of upgrading to the latest technology without needing to reprogram or replace a panel because it’s a legacy product,” he says.

Some building codes are adding carbon dioxide measurement requirements, which is especially important for places that use carbon dioxide tanks for fountain drinks. Despite making up the air we breathe, too much carbon dioxide can be trouble, Reiswig of Johnson Controls says.

“When you have large amounts of CO2 that is stored, you now need to have CO2 detectors,” he says. “So now when you go into [places] where they have soda machines and large cylinders of CO2, they are required to put in a carbon dioxide detection system. We’re starting to see those encroach into the fire alarm world, because people say, ‘Hey, I already have a fire alarm. Can you just add a CO2 sensor in there for me as well?’”

Because of the connection between fire safety and healthy buildings, fire alarms are being integrated with mass notification and other building systems, which are driving advancements in the technology.

“Fire alarm systems are a ‘hub’ for so many other fire and life safety systems,” Webb says. “As code requirements drive more mass notification features, fire alarm technology has to evolve. Likewise with integrated testing. New codes and standards for testing require verification not only that systems work, but how they work together to accomplish the overall life safety objectives.” 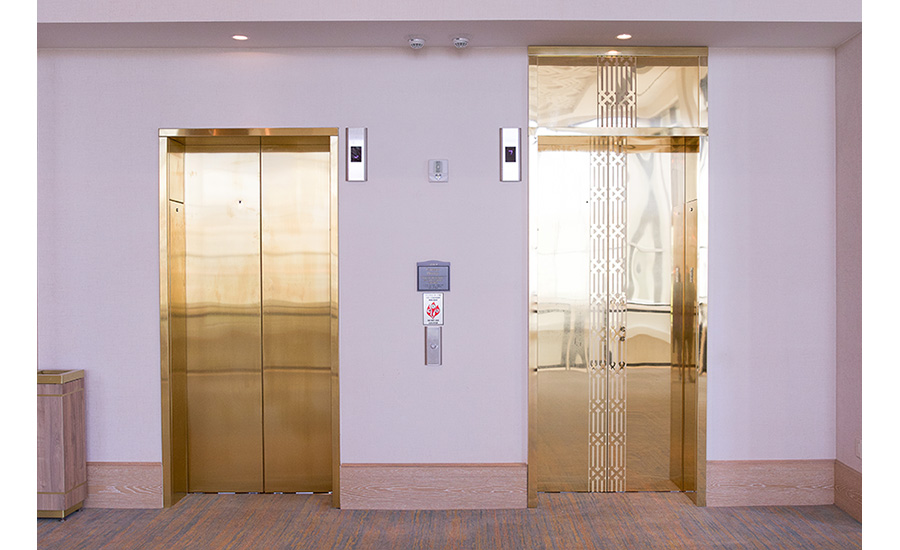 Thanks to requirements listed in NFPA 915, remote inspections can take place with the help of a drone, providing convenience, safety, and lowering labor costs. // IMAGE COURTESY OF KIDDE


The Future of Fire Alarms

Creating healthy buildings is a trend in the industry that could affect how fire alarms evolve, according to Weber.

“In the future, we anticipate integrating more indoor air quality sensors with the analytic backend of the systems to provide more intelligence on the health of the air that occupants are breathing,” Weber says. “Also, integrating and being able to push data out to more building systems, such as building automation and access control systems, can provide a more holistic view of a building as a whole. Using these systems together to create a healthier building can help improve the overall mental and physical health of occupants by providing them with a safer and more comfortable indoor environment.”

Regardless of how technology advances, fire systems remain a valuable and profitable part of a security business.

“For dealers, fire systems have to be tested and inspected on a regular basis, so there is a recurring revenue component that’s built into your business during financial hard times, whereas a client might look at access control and choose to discontinue using or adopting that technology to cut down on costs,” Wolf says. “From an integrator’s standpoint, there is a financial secureness and recession-proof solution with fire systems.”

Much like video analytics, Wolf of Kidde predicts that fire alarms will become more data-driven in the future.

“An example would be detectors receiving an actual particulate through the sensor and being able to analyze it even deeper and provide more data and analytics around what those particles are,” he says.

Because fire alarms are becoming more enmeshed with mass notification systems and overall building health, Reiswig argues it’s time for fire alarms to get a rebrand.