Security Industry Raises $24k for One of Their Own

With all the drones, robots, and fancy camera software, the physical security industry must be full of buttoned-up business people, right?

For Rebecca Bayne, president at Bayne Consulting and Search, that’s the furthest thing from the truth.

“This industry blows my mind,” she says. “I’ve always felt like this is the warmest, family-feeling industry that I’ve worked in.”

When she lost her home at the beginning of the year due to the Marshall Fire in Boulder County, Colo., which burned 1,084 structures and damaged 149, the security industry stepped in, raising almost $24,000 to help Bayne and her partner, Peter, rebuild. 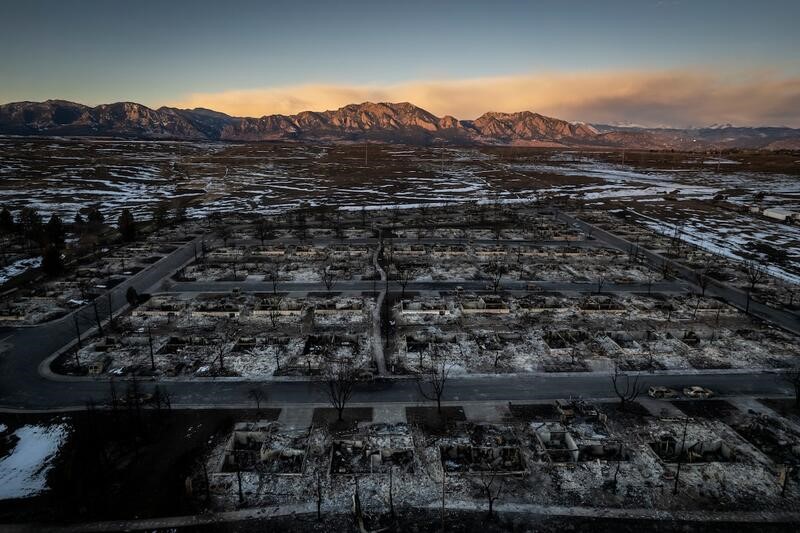 Bayne's neighborhood, which was the first to burn in the Marshall Fire (Courtesy of Rebecca Bayne).

The money, raised through GoFundMe, was started by Stephanie Mayes, vice president of sales at SiteOwl, and friend of Bayne’s for almost 20 years.

With Bayne’s blessing, Mayes set up the GoFundMe and shared it to her LinkedIn.

“One of my best friends just lost everything she owned, so it just seemed like a no brainer,” Mayes says, regarding her desire to set up a fundraiser for Bayne.

The GoFundMe quickly received donations from industry professionals, from CEOs to entire companies, with contributions ranging from double-digits to the thousands.

“I think when you’re going through something this life changing, it brings out that compassion, and people want to help,” Mayes says.

The security industry’s job is to protect civilian lives and keep the public safe. Now on the other side, Bayne says it’s more important than ever for companies to be vigilant about potential risks and keeping their systems current.

“I have clients who specialize in working with municipalities, counties, state governments, and they need to use situations like this (as) a clear example that it can happen again,” she says.

Now in the rebuilding stages — emotional, mental and constructional — Bayne says that the generosity of the industry stands out to her.

Up & Comers in Security: Setting Their Own Pace