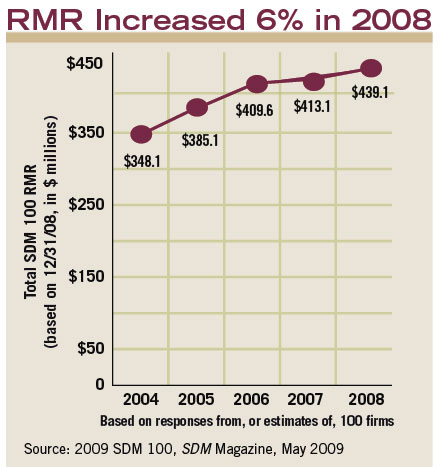 Recurring monthly revenue (RMR) – a prime revenue category for SDM 100 companies – improved just 6 percent in 2008, compared with 14 percent (adjusted) growth in 2007. RMR is derived from customer billing for services such as monitoring, contracted maintenance, and leasing of security systems. 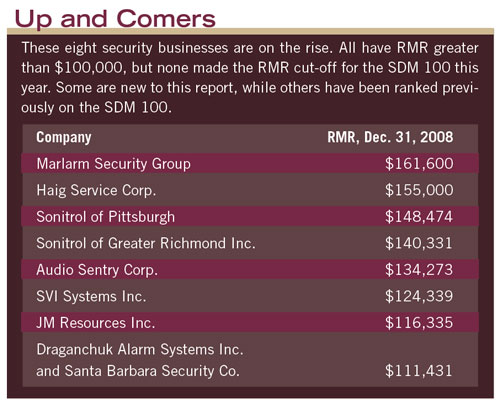 These eight security businesses are on the rise. All have RMR greater than $100,000, but none made the RMR cut-off for the SDM 100 this year. Some are new to the report, while others have been ranked previously on the SDM 100.

In most years when SDM asks dealers to predict their current-year performance, upwards of 95 percent respond positively. Not this year â€” only one in four dealers expects to see their revenue increase in 2009. 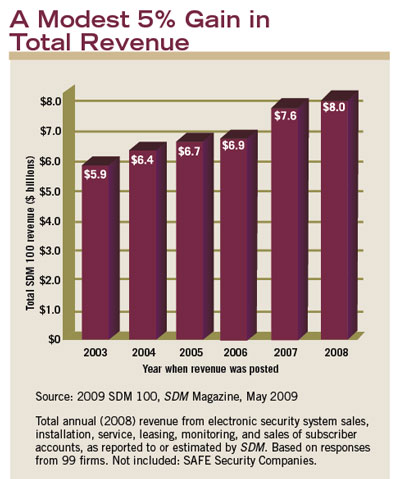 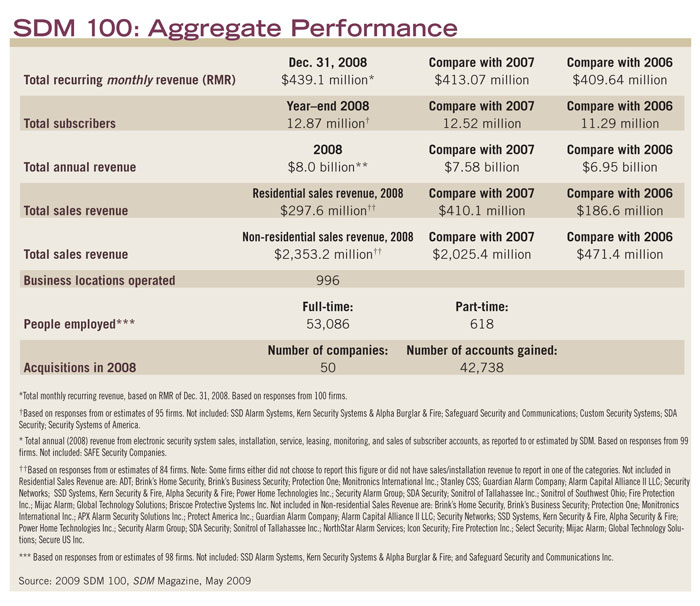 The table, above, presents aggregate figures for the SDM 100 group of companies, which are ranked by their recurring monthly revenue – an industry standard of valuation of a security monitoring business. Most of the SDM 100 firms are privately held. Submitting recurring monthly revenue is required for ranking; other figures are not required but mostly provided. Most firms – but not all – also reported their total annual revenue, number of subscribers, and installation revenues. Therefore, one should exercise caution in using this information to extrapolate industry totals or to benchmark. (See footnotes for more detailed information.) 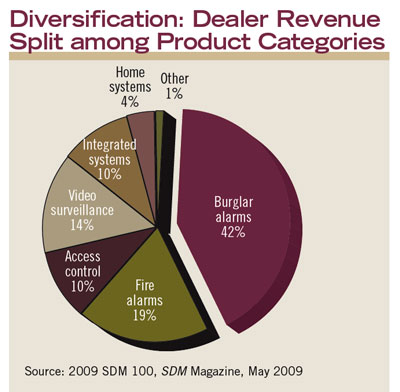 Security alarm companies derive their revenue from a wide variety of product categories, including the most sizeable, burglar alarm systems, which comprised 42 percent of dealers’ revenue in 2008, down from 44 percent in 2007. Fire alarms as a portion of total revenue increased from 17 percent in 2007 to 19 percent in 2008. 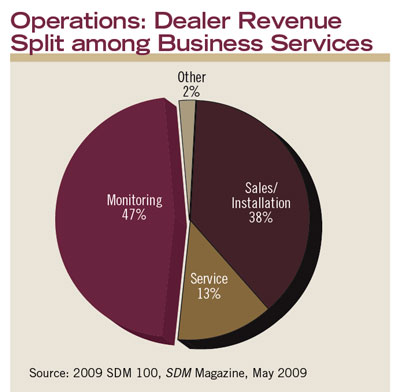 Security alarm companies derive their revenue from a wide variety of service categories, including the most sizeable, monitoring, which comprised 47 percent of dealers’ revenue in 2008. 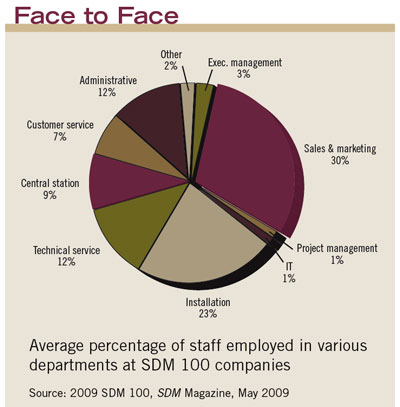 Sales and marketing is the largest department within an SDM 100 company, accounting for an average of 30 percent of a dealer’s workforce. (Note: Non-traditional SDM 100 companies, such as authorized dealers, were not factored into these averages in order to create a more like comparison with the majority of traditional installing dealer companies.)