Will 3D Television be the Next Home Systems Game Changer? 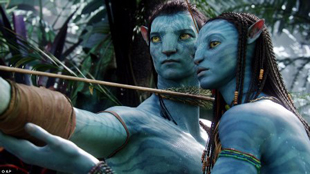 Photo courtesy of Fox Features
Na'vi, a tall blue-skinned species of sapient humanoids, is leading the charge for 3D TVs in homes after the success of Avatar, the film.

Let’s go to the year 2154 on Pandora, the Earth-like moon of the planet Polyphemus in the Alpha Centauri star system. RDA Corporation is mining a mineral called unobtanium. Pandora's atmosphere is toxic to humans, forcing them into breathing masks. But it’s inhabited by the Na'vi, a 10-foot-tall blue-skinned species of sapient humanoids.

Beyond the plot, there’s no blues over the movie Avatar, only green, as Avatar became the first film to earn more than two billion. It’s also greened up the potential of 3D televisions in home theaters, a significant portion of the overall home systems business.


3D was the darling of the International Consumer Electronics Show this year -- with Samsung, Panasonic, LG Electronics and Sony shipping out TVs, Blu-rays, glasses and market hope way before content to show on the screens.


Still, 3D has a going-forward role to play in the mix of home systems since entertainment is a pillar of the business and a gateway to networking, lighting, security and energy management.


Not surprisingly, the biggest of boxes rolled out 3D early this month, when Panasonic and Best Buy introduced a full HD 3D home entertainment system certified under the new Blu-ray Disc Association 3D standard, to be sold at Magnolia Home Theater and Magnolia Design Center stores affiliated with Best Buy. The total combined SRP of the home theater system components is $2899.99 that includes the 50-inch HDTV, one pair of 3D active shutter lens eyewear and a 3D Blu-ray disc player.

3D TVs were a hit at the International Consumer Electronics Show. Pictured is the Panasonic unit but Sony, Samsung and LG Electronics also have equipment.
But will 3D translate to business for smart home firms? Yes, no and maybe.

Steve Delp, chief operating officer for Best Buy’s Magnolia, believes 3D TV is a “key technology and will provide a big ‘pop’ to the business. For just a little more money, homeowners can future-proof by buying 3D now. It is really a unique, cool viewing experience.”


With more than two decades in sound and lighting design, David Jasak, CEDIA-certified professional designer and registered outreach instructor, with Austin, Texas-based AV Design Associates, sees potential interest in 3D TVs as well as IP-enabled TVs. He has clients with multiple HD video zones and audio zones in their homes. “Generation X and Y folks want homes that are wired for today.” And they keep up with new technology such as 3D TV.


Still, there is no truly significant ground swell for home 3D, contends Frederick Ampel, president and principal, Technology Visions Analytics of Overland Park, Kan. For the people who are over 40 and have the money for 3D, they remember the eye-aching old days of the technology. “The average Joe is happy with DVD right now,” says Ampel. “And I haven’t seen any major networks really pulling the trigger on it, except as a test case or two for high profile events. Given the miniscule number of 3D sets in the marketplace to date, it's way too early to tell if this is just another momentary flash or has actual staying power."


Then there is the hassle of numerous formats. Glasses, for example, work with a specific 3D TV.

Whatever the speed of the rollout, 3D TV will surely be embraced by first adaptors, and home systems designers and installers will serve this unique need.