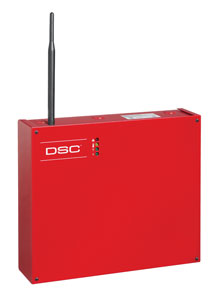 DSC introduced a series of HSPA/3G wireless alarm communicators that can be used as the sole communicator or in a backup mode with a phone line. With the impending turndown of the GPRS/2G network, by starting to install 3G communicators now, customers can avoid future service calls to upgrade devices. By offering the 3G models at the same pricing as their 2G equivalents, DSC is aiming to allow dealers to leverage the benefits of the new technology without additional expenses. With the continuing migration away from traditional phone lines and toward Voice over IP (VoIP) and mobile phones, delivering primary or backup alarm communications has evolved to include HSPA wireless communications over a 3G network. Both the 3G3070 HSPA Universal Wireless Alarm Communicator and 3G3070CF HSPA Universal Wireless Fire Alarm Communicator, utilize the HSPA network as back up to ensure high-speed, reliable and secure alarm communications. The 3G3070 and 3G3070CF are compatible with the Sur-Gard System II, III and IV monitoring station receivers, and work with control panels that communicate using the Contact ID format. Both provide full event reporting, using the HSPA network for high-speed, reliable and low-cost communications via an IP receiver. The 3G3070 and 3G3070CF feature four on-board inputs and four on-board outputs.