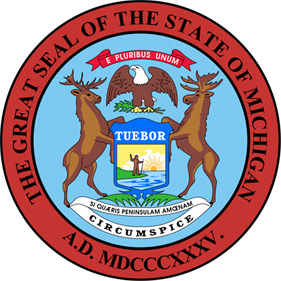 Two recently introduced bills — Senate bills 1291 and 1292 — would create a separate set of licensing requirements in Michigan for IP-enabled security systems, and also circumvent existing statutes that are currently followed by BFAAM members and other providers, stated two industry associations.

The Electronic Security Association (ESA) and the Burglar and Fire Alarm Association of Michigan (BFAAM) joined forces to oppose this legislation. According to the associations, the bills would potentially benefit the entry of telephone companies into the state’s electronic security and life safety sector while creating an undue burden on existing providers.

The bills, ESA said, propose new licensing requirements that would conflict with existing rules requiring companies in the life safety and electronic security industry to adhere to minimum qualifications in licensure, certification, training and background checks. Rather than working within the existing statute, the groups say, the new legislation also would:

The legislation is sponsored by Sen. Dave Hildenbrand (R-Mich.) and backed by companies such as AT&T and Comcast, which recently entered the home security space.

Dean Belisle, president of BFAAM, sent a call to action to members of the association and called an emergency meeting for Oct. 19. Belisle explained, “AT&T and Comcast are pushing legislation to eliminate our industry license and allow them to enter our industry with no regulatory oversight and no criminal background checks.”

Belisle said that supporters of this bill “are throwing their weight and a lot of money behind this. When they are finished, Michigan will be set back forty years and we will be left with no license or regulation of the security industry and no protection for the consumer against criminal acts.” He later added, “Fighting AT&T and Comcast has not and will not be easy — we are David and they are Goliath.”

According to the minutes from the Senate Economic Development Committee held on Sept. 20, 2012, Senate Bills 1291 & 1292 were presented for recommendation to the Senate. During that meeting, Jim Kirsch & Mark Ortlieb, representing AT&T, offered support for the bills. Liz Smalley & Al Schefke, representing the Department of Licensing And Regulatory Affairs, opposed the bills as introduced. And  Judy Allen & Bill Anderson, representing the Michigan Townships Association, expressed concern. All were available to answer questions during the meeting. The motion to recommend the bills passed unanimously with no objections. According to Belisle, representatives from the security industry were not able to express concern and oppose the legislation until seven days later during the Senate voting session.

BFAAM warned that this legislation is moving fast thanks to aggressive lobbying from its supporters. Seven days passed from the introduction of the bills on Sept. 19, to approval by the Senate on Sep. 27. The associations’ goal is to arrive at a compromise that will still regulate the security industry and protect the citizens of Michigan.

In a letter to several influential state legislators, ESA President John Knox stated than rather than pushing the legislature to “carve out” a special class of licensing provisions, telephone companies such as AT&T who wish to become active in the industry should adhere to existing licensing statutes, along with the 400 businesses that currently comply with those provisions as members of BFAAM.

In that letter, Knox suggested that proponents of the legislations should instead “update the definitions of a security alarm company or system contained in the present statutes, rather than creating a new and burdensome licensing scheme.”

At the speed the legislation is moving, another possible compromise may be to make some significant changes to the bills, Belisle said. The security industry has outlined changes they would like to see — primarily centered around the need for any company offering security services to have background checks done by the FBI and local police for every employee that comes into contact with a customer.

Belisle stressed that neither association is trying to keep anyone out of the security business; the goal is only to have everyone play by the same rules and not lose the progress that's been made in Michigan to protect its citizenry.

At the time of writing, the bills passed the State Senate and were being sent to the State House of Representatives for a vote. The next stop would be the Governor's Office for approval.

For updates on this issue, visit www.BFAAM.org.