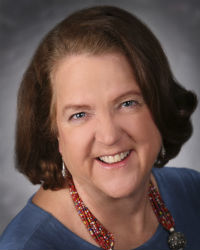 Women in Consumer Electronics (CE), Hollywood, Calif., an industry organization that promotes the advancement of women in the CE industry, announced the recipients of its 2013 Legacy Awards. The 2013 honorees are top-level executives from the nonprofit, publishing, retail, training, and marketing sectors.

"Our members continue to inspire us with their remarkable contributions to the consumer electronics industry," said Carol Campbell, founder of Women in CE. "The 2013 honorees are leaders that have displayed a sustained commitment to innovation, growth, and continuous improvement within a broad range of industry areas. We look forward to celebrating the success of these five distinguished women at next year's event."

The Women in CE Class of 2013 were honored at a reception during the 2013 International Consumer Electronics Show (CES) in Las Vegas.

Tara Dunion brings more than fifteen years of promotions and media experience to her role as spokeswoman and senior director of event communications for the Consumer Electronics Association (CEA). She is responsible for communications to the more than 5,000 members of the global media who attend and cover the International CES. Since arriving in the post five years ago, she has helped increase CES media coverage by 30 percent. Dunion also created the International CES' social media strategy, launching CEA's blog, Digital Dialogue, and other CES social media activities. In 2010, Engadget named Dunion as a "Top Tech Women to Follow on Twitter," and she is a frequent speaker on the use of social media for event promotion.

Marcia Grand is vice president and publisher of TWICE, a leading consumer electronics industry trade publication she helped found in 1986. She started her career as a publisher's assistant at Audio Times Magazine, where she learned the basics of publishing. Grand moved up to ad sales and later associate publisher of Consumer Electronics Magazine. In 1986, she left that position to join in the launch of TWICE. In 1999, Grand was given the ADL Electronics Torch of Liberty Award and in 2004 was awarded the Passion for Winning Award from Reed Business Information.

Mindy Grossman is chief executive officer of HSN, Inc. and a member of the company's board of directors. She oversees a retail portfolio which generates more than $3.2 billion in revenue and encompasses the multichannel retailers of HSN and Cornerstone. Since joining the company in 2006, HSN.com has become a top-ten most trafficked ecommerce site, with digital sales accounting for more than 35 percent of HSN's total revenues. A 35-year veteran of the retail and apparel industries, Grossman also served as global vice-president of Nike and led the company's $4 billion apparel business from 2000 to 2006. In 2012, Forbes magazine named Grossman one of the world's 100 most powerful women, an honor she has received three times. In 2011, she was named Corporate Innovator of the Year at the Ernst & Young Entrepreneur of the Year® Florida Awards, and was recognized as one of Fast Company's Top 100 Most Creative People in Business. In both 2010 and 2011, Ms. Grossman was ranked by the Financial Times as one of the top 50 women in world business.

Helen Heneveld, MBA, is a CEDIA Installer 1 Certified and CEA-CompTIA DHTI+ Certified industry expert who speaks and consults worldwide in the converging home systems industry. Heneveld is a current board member for the CEA Tech Home Division and past member on the CEDIA board of directors - where she was the first female certified installer in 1992 and first woman board member in 1995. She is co-author of the first and second editions of DHTI+ Home Technology Integrator All-In-One Exam Guide by McGraw-Hill and author of Residential Technologies Terms and Definitions. Passionate about the industry, Heneveld leads BedrockLearning.com in providing effective, convenient and affordable training and resource materials to the connected technologies industry.

As the head of a manufacturers' representative organization supporting the residential custom installation and commercial integration markets in the Northeast United States, Marla Suttenberg will be celebrating her company's 12-year anniversary this January. For the past 23 years, she has been the exclusive Northeast sales representative for Crestron Electronics, and currently represents other industry leaders such as Digital Projection. Suttenberg has served on the board of directors of IPRO for the past three years, and is the membership chairperson for the group. She is a member of CEDIA, CEA, InfoComm, and other industry associations.

Women in CE provides women in the CE industry with a community in which to share essential resources and connect with others who are focused on the same vision of empowerment, building networks, and supporting career opportunities. Member benefits include a mentoring program, online resources, and live events.