Want to Buy Stock in Control4? 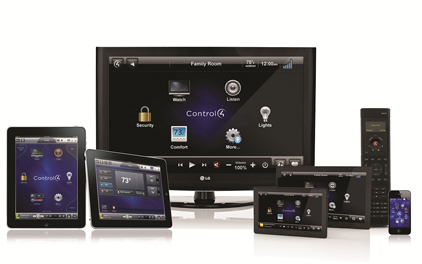 You could purchase stock in Control4, Salt Lake City, Utah, if you wanted to. The company filed an S-1 form with the Securities and Exchange Commission (SEC) to make available up to $60 million worth of company stock available to the public in an initial public offering (IPO) that represents 26 percent total value of the company. The details of the S-1 form reveal a lot about the company.

The home automation, energy management and lighting control company, which describes itself in the S-1 form as sitting “at the center of the fast-growing mainstream segment of the home automation market plans,” will list in the Nasdaq exchange under the symbol CTRL.

In the S-1 form, Control4 states, “We were founded in 2003 to deliver a home automation solution to the mainstream market by enabling consumers to unify their connected devices into a personalized system at an accessible and affordable entry point.”

Control4’s total company valuation is estimated to be $225 million, but in the Risk Factors section of the filing, Control4 reports, “For substantially all of our history, we have experienced net losses and negative cash flows from operations. As of March 31, 2013, we had an accumulated deficit of $107.1 million.”

The exact stock price range and the number of shares will be determined within the next month.

The money raised will, according to Control 4, be used “primarily for general corporate purposes, including working capital and capital expenditures.” Some will also be used to “pay off the remaining amounts owed under a litigation settlement agreement” and invest in complementary technologies, assets or businesses.

The company reported that through March 31, 2013 it has automated an estimated 120,000 homes, and cumulatively sold more than 275,000 of its controller appliances, the “brain of the connected home,” as Control4 describes it.

Referencing ABI Research data estimating the “mainstream home automation solution” to be $571 million in 2012 (and expected to grow at a compound annual growth rate of 35 percent to $2.6 billion by 2017), Control 4 stated, “Consumer need for simplicity and a personalized experience, combined with advances in technology, are driving rapid growth in the connected home market. As a result of the significant growth in smart devices, mobile data networks, home broadband access and in-home wireless networking, consumers are more comfortable with ubiquitous connectivity and device interoperability. Accustomed to network connectivity and control of their digital lives, consumers are now looking for affordable ways to extend this functionality into their homes, driving growth in the mainstream home automation market.”