The age of IoT takes community policing to another level as law enforcement, citizens and security companies embrace the collaboration.

More homeowners and small businesses are installing surveillance cameras inside and outside their properties, and police departments across the country have taken notice. Exterior surveillance cameras have helped solve countless crimes of stolen packages, arson, kidnappings and more over the years and, many times, say police, the crimes are solved with private video surveillance footage.

“Without a doubt, more people have security cameras than ever before and it’s increasing regularly. Ironically, within the last couple of months, I put one on my house,” Acworth, Ga., Police Chief Wayne Dennard shared with SDM.

The Acworth Police Department just launched a program they’re calling the Acworth Camera Connection, which aims to partner with local home and business owners to use their surveillance footage to help solve or reduce crimes.

The program came about when a staff member came to Dennard and told him how easy it would be to build an interface where people could input the data of their address and number of exterior cameras into the system through the police department’s website and then the department could use it as a tool right away to figure out if known cameras are in the areas of crimes.

“It’s old-school policing to canvass the neighborhood when something happens, and one of the things you look for is a camera. We do that in every significant case and having some of that information in advance makes things go faster and easier,” Dennard explained.

The Acworth program is completely voluntary to register and gives police a map on where cameras are located in the event of a crime. According to the department, the police will only review video footage a property owner agrees to share and registration for the program can be cancelled at any time. In addition, Acworth Police are giving out yard signs and stickers to display as a further deterrent, all free of charge for early registrants, Dennard said. 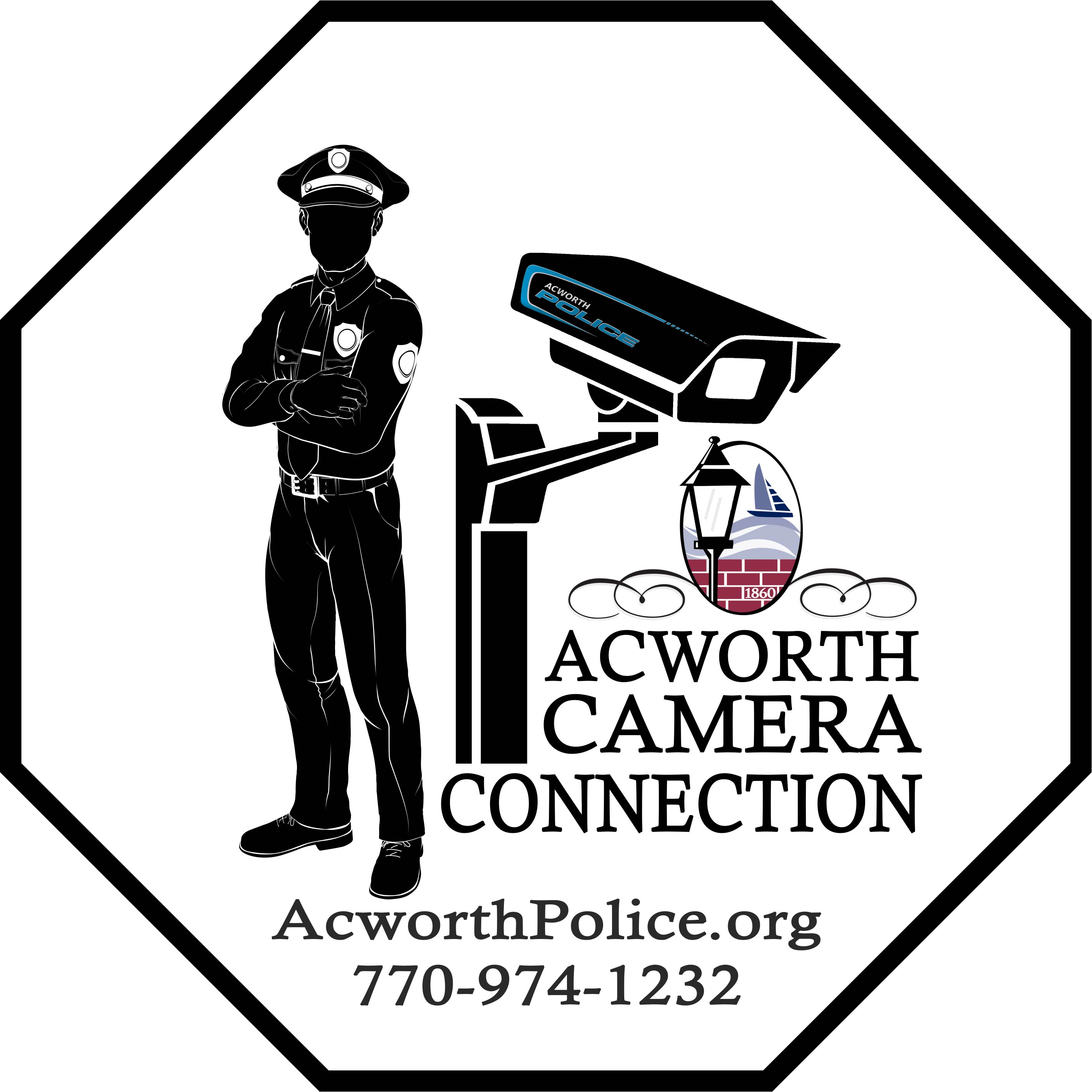 Acworth Police Department in Georgia has rolled out a formal program, encouraging homeowners and local business owners to register their cameras with the department, to provide better situational awareness on camera coverage in the event of a crime or emergency. PHOTO COURTESY OF ACWORTH POLICE DEPARTMENT

Security companies — installers, manufacturers and monitoring centers — are applauding these formalized approaches, as they not only create relationships with the community, but they spotlight crime, while allowing citizens to play a role in combating it. “What happens is that the sharing of video is good for [the citizens], it’s good for the community, good for the cities and bad for burglars and crimes,” said John Loud, president of LOUD Security Systems Inc., a security dealer based in Kennesaw, Ga. (No. 95 on the SDM 100), which does business in Acworth, Ga. “Police departments are doing things like this because there is crime and police want help solving those crimes. It brings about more heightened awareness as more videos and stories are shared.”

Chief Dennard said that the use of surveillance footage to help solve crimes is used regularly and often all over the country and having citizens cooperate beforehand allows for more efficient crime solving. In Acworth, for example, Dennard said automobile thieves or “handle flippers,” who go around trying door handles to see which cars are unlocked and then steal whatever is inside, are common, and the thieves are often caught by a neighbor’s security camera as they walk around the neighborhood. “There is a lot of value here in this type of program,” he said.

Indeed, Acworth’s initiative is one of an extensive list of police departments all across the country from Central Marin, Calif., to Morris County, N.J., that are creating formal programs, recruiting private citizens and local businesses to register their cameras with the department for better situational awareness.

The Elgin, Ill., Police Department launched its Security Through Surveillance (STS) initiative in 2014 and encourages homeowners and businesses to register their cameras, according to Sergeant Zach McCorkle. In addition to improving investigative efficiencies by employing registered surveillance cameras in investigations, the program also helps build partnerships with the community, added McCorkle.

“STS video has been used in many different investigations and assists our detectives on a daily basis,” McCorkle told SDM.

While one component of Elgin’s program is the registration of cameras within the city, another component is the outreach and education for members of the community. “We hold classes where we share our experiences with cameras, video management, video storage, camera placement, etc. Many of our attendees come in prior to purchasing so they can get the right system for their needs. Additionally, we conduct in-person site surveys to provide feedback regarding camera placement, wiring, etc.,” McCorkle said.

The majority of camera registration programs do not have direct access to the video footage captured by a private citizen’s property. Rather police departments have awareness about camera placement throughout the city and, in the event that video footage would assist in an investigation, the department contacts registrants to request footage for evidence. 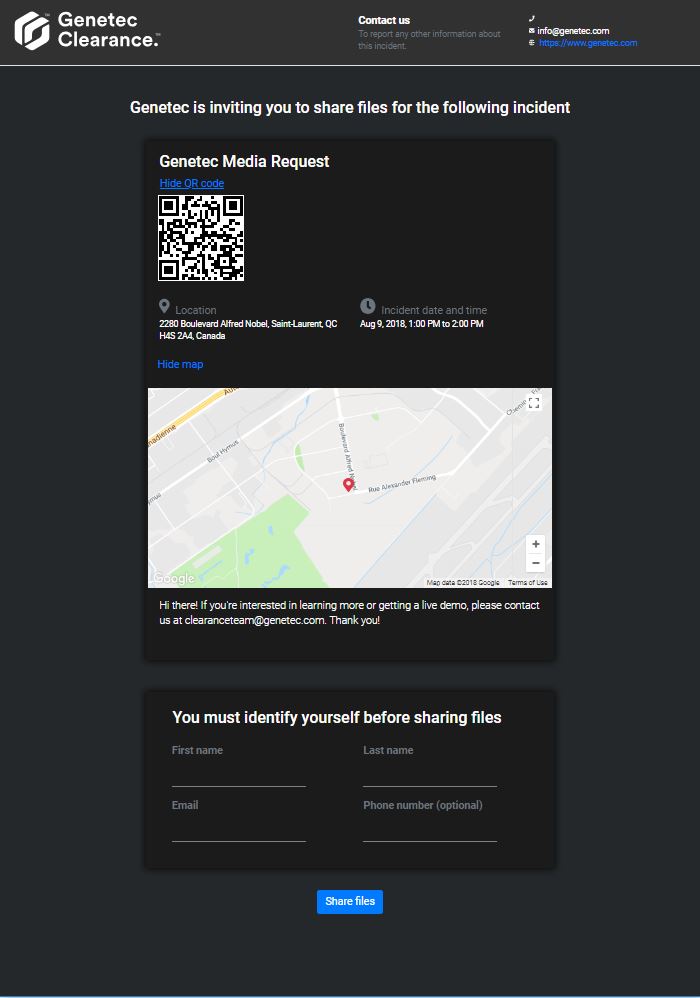 Global security company Genetec recently released Clearance, which allows the public to either automatically or upon request share videos and photos with law enforcement to help solve crimes.

Global security technology company Genetec, Montreal, has supported and spoken about collaboration between the public and law enforcement using their private surveillance systems to tackle crime and safety for several years. In August of this year, the company released a new file request feature for its Genetec Clearance digital evidence management system that is designed to make it easier for public citizens and local businesses to share relevant video or photos from their cell phones and surveillance systems directly with law enforcement agencies.

“A lot of owners are getting surveillance systems off the shelf for their homes and businesses, which has caused this explosion of potential digital evidence available,” Giovanni Gaccione, justice and public safety practice lead at Genetec explained to SDM.

The Clearance platform is agnostic, meaning that regardless of what type of camera a resident or small business owner has, they can upload video to their law enforcement agency, according to Gaccione. One part of this program allows citizens to register and then receive an automated email when an incident in the area occurs, explaining the situation and asking for them to send the police any video they might have. The second part allows citizens to register and choose to make their video automatically available for law enforcement viewing in the event of an emergency.

Automatic viewing or uploading of video is a component that some cities, such as Chicago and Atlanta, have pushed with their registration programs. Chicago’s Private Sector Camera Initiative, spearheaded by the city’s Office of Emergency Management and Communications (OEMC), uses its partners’ systems to directly and remotely obtain access to exterior cameras in the public way in an emergency event. The OEMC states that it will access registered cameras only during “emergency situations” after notice has been given. To participate in the program, interested parties must have compatible equipment, a minimum uplink speed of 128 Mbps on their systems, and a public IP address directly accessible to the OEMC over the Internet. Chicago’s OEMC has held informational meetings throughout the city to talk about its Private Sector Camera initiative and to encourage people to register.

“What’s happening is an understanding about community policing — partnering with the community and using technology to make it safer and better. It’s a cooperative effort,” Loud told SDM.

Added Gaccione, “We see a trend specifically around the public wanting to help their local community and provide video evidence if something happened to their [own property] or their neighbors. These types of programs provide a way to connect, and allow [law enforcement and the community] to be more transparent and help each other at a different level, bringing them together more as partners.”