Lessing E. Gold
Questions are frequently asked by alarm dealers when a customer or a subscriber files for bankruptcy. Can the alarm company collect the past due account?
Read More

Lessing E. Gold
In a consumer class action against a defendant wireless telephone carrier, The Superior Court of Alameda County of California found early termination fees (ETFs) charged by the carrier to customers terminating service prior to expiration of defined contract periods to be unlawful penalties and granted restitution/damages to the plaintiff class action. The carrier appealed.
Read More

Lessing E. Gold
A recent case in Arizona involved the municipal taxation of home security services when the provider’s monitoring facility was out of state and the services included telecommunications. Municipalities are prohibited from taxing interstate telecommunication service under Arizona law.
Read More

Lessing E. Gold
In a recent case before the Supreme Court of the state of New York, the plaintiff claimed that a security alarm company violated Labor Law §240(1). The man wanted damages for injuries sustained when he was working on a ladder that allegedly shifted, causing him to fall to the floor. The plaintiff was a journeyman electrician employed by a third-party defendant contractor, and he was installing cables for a security system that was undergoing renovation.
Read More

Lessing E. Gold
A case was recently decided by the United States District Court in the State of New York regarding the impact of a claim for gross negligence on a contract’s waiver of subrogation provision.
Read More 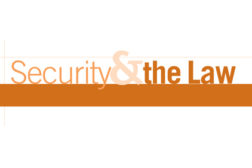 In a case before the Court of Appeals of the state of Florida, the court sustained the ruling of the Circuit Court that granted a summary judgment in favor of the security company resulting from an action against it for breach of express warranty and fraud arising out of a fire loss to a customer’s home.

A Case of Fairness

In a recent Louisiana case, the plaintiff, a national corporation that sells, installs and monitors residential security systems, entered into a contract whereby the defendant agreed to sell alarm monitoring accounts to the plaintiff, along with the right to receive monthly payments for monitoring services under the recurring monthly revenue (RMR) accounts.