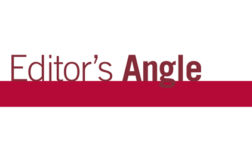 Why Isn’t the Industry Tracking Apprehensions?

The shooting death of a young, unarmed African-American in Ferguson, Missouri has polarized racial tensions in the country more than any event since the Trayvon Martin shooting death in Sanford, Florida over two years ago. Some argue that in Ferguson it was a case of self-defense on the part of the police officer, others that it was a clear cut case of someone gunned down because of their skin color, and related to that the perceived, rather than real, danger he posed to the officer. What is missing in all this is any video evidence of what happened between the two individuals.

PIR Camera Turns on Bright Lights for a Crime in Progress

A few years ago, Speco Technologies introduced the Digital Deterrent™ System which is available in the TH Family of DVRs.
Read More
Subscribe For Free!
More Videos