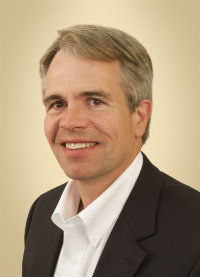 Jay McLellan, president of HAI by Leviton, is the new chairman of the Executive Board of the Consumer Electronics Association (CEA®). In his newly appointed role, McLellan oversees the strategic direction of the CEA, the trade association representing more than 2,000 consumer electronics and technology companies and billions of dollars in revenue.

In a year when home automation, or the “connected home” as it was tagged at the Consumer Electronics Show (CES) held in Las Vegas, took a huge leap forward in attention, with a record number of companies showcasing connected home products and services (which will massively advance consumer awareness of the technology), it was very notable that the newly appointed CEA chairman has a home automation/small business background, only adding to the momentum.

In an exclusive interview with McLellan, SDM asked about his vision for the CEA, the impact of his small business background, the future of home automation after a big showing this year at CES, and more.

“I’m exceptionally excited,” an enthusiastic McLellan told SDM. “I’m from a security and home automation background, and, more importantly, from a small business background, so I’m very aware of CEA’s mission to want to make it possible for everyone in the billion-dollar electronic business to keep growing their business, to create jobs, and to innovate, innovate, innovate so we can move forward with new business models and new ideas as an industry.

“As a member of CEA for more than 20 years, I have witnessed the industry’s rapid advancement, and feel honored to be named chairman of the executive board,” McLellan said. “CEA represents $206 billion of economic activity in the United States, and works to promote innovation and a healthy economy to bring new technology, entertainment, jobs and prosperity to consumers across the nation.”

As he takes on his new role, McLellan toldSDM he remains focused on those key goals, starting with a healthy economy.

“CEA promotes the development of business and the growth of the economy in the United States. It is a $206 billion dollar business and the only thing that can move the needle on it is a healthy U.S. economy.  With that in mind, we actively work in Washington for things that affect everybody like increased spectrum for wireless, more Internet capability, broadening what you can do with WiF, etc. So many things in the consumer electronics business all the way through the security business require radio spectrum. That’s one example of the many ways we’re actively asking the government for critical things needed to let the electronics business grow — both in consumers and security and home automation.”

Under McLellan, CEA will also focus on fighting against “unreasonable regulations.”

“People come up with unreasonable regulation trying to protect their old way of business all the time,” McLellan shared. “Another example: states like California are always coming up with new energy bills. Working together, our industry is usually steps ahead of it. By the time they gather all the data and propose the bill, we’ve met the requirement and have gone beyond it. But we don’t want state-by-state regulation because it makes it hard for companies to do business in that environment,” McLellan said.

Small business are very sensitive to regulations, McLellan pointed out. Like most of the dealers in the security industry, which are small businesses, that sector is the backbone of the U.S. economy.

“I am committed to making sure that I am using CEA’s strength to make sure people can grow their companies, big or small, and produce new, innovative products,” he said.

McLellan said he is also focused on fighting anything that stops people from creating jobs in this country and will work to limit the amount of patent infringement suits brought about by non-practicing entities, stopping “baseless lawsuits from sucking money out of the industry.”

McLellan has been an active member of the CEA’s TechHome division board since its founding in 1989, taking on numerous leadership roles within the organization, including most recently serving as the vice chair of the Executive Board in 2011.

McLellan cofounded Home Automation Inc. (HAI) in 1985, and served as the company’s chief executive officer and president until August 2012, when HAI was acquired by Leviton. In his current role with HAI by Leviton, McLellan oversees all facets of the business unit’s development, production and sale of residential and commercial controllers, sensors, lighting-control devices, thermostats, touchscreens, audio and Internet-controlled devices.

“From a personal standpoint I am elated to see the home automation market radically grow the way it has, although that does mean more competition,” McLellan said.   “In some cases home automation is successfully centered on the entertainment side of things, but it really is exploding where it is being connected with security systems. The security system is a powerful driver for home automation. It knows if you are home or away, and that knowledge enables automation and energy savings that help the system pay for itself. Plus, you are still providing the peace of mind of security offers. It is an incredible combination.”

Heather is the Senior Editor of SDM Magazine. She can be reached at (630) 962-0096 or klotz-youngh@bnpmedia.com.
Subscribe For Free!
More Videos