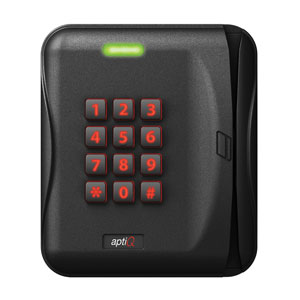 Ingersoll Rand Security Technologies announced that its aptiQ multi-technology reader, which reads both proximity and smart credentials, now also reads magnetic stripe cards to provide users with a simple migration path to increased credential security levels, including various forms of proximity such as MIFARE Classic and MIFARE DESFire EV1. The readers are also near field communications (NFC) compliant, allowing users the ability to migrate to mobile credentials in the future.